Peter’s role takes him around the world, and his research takes him even further – to the distant reaches of the universe, looking at how galaxies form and evolve. 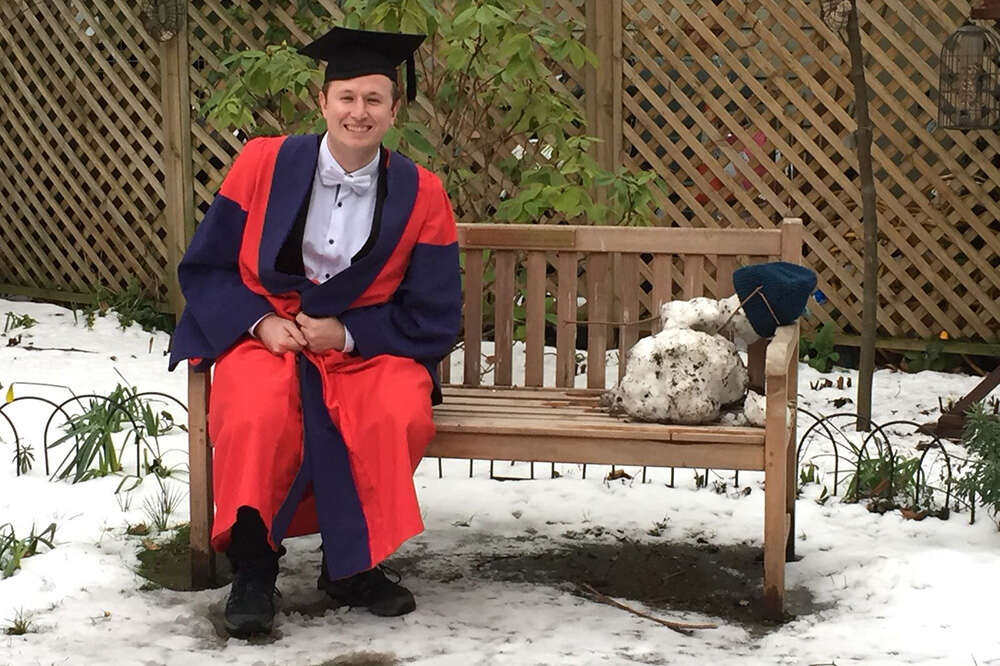 “You have to work quite hard, but you can normally decide for yourself what to prioritise and when you want to work.”

When did you realise you had a passion for physics?
Since I was really young, about eight years old, I've always known I wanted to work in an area generally related to science. But probably only by the time I was in sixth form did I know it was going to be a maths, physics, space-related thing. And astronomy was really only on my radar deep into my undergrad, because I started a pure Maths Master's degree and then towards the end of that that I specialised in astrophysics. I ended up doing a PhD in astrophysics, and then two three-year postdocs.

Why did you switch from pure maths to astrophysics?
A combination of my interests and chance, really. The modules I liked most, especially in my undergrad, were the more “physics-y” ones, and I enjoyed being taught by the physics lecturers. Also, the course structure included a research project for the Astrophysics Masters and there wasn't something analogous in the Maths Masters.

What are you researching?
I work on using data from large telescopes around the world. One particular telescope that I use data from is called VISTA in Chile, and it looks at a patch of sky around four times the area of the Moon hundreds of nights in a row. By doing that, it can pick up really, really faint objects – we can detect around half a million galaxies in just that small patch. Because of the time it takes the light to reach us, these galaxies span from the current day back to the beginning of the Universe, and my research looks at how they change over the history of the Universe.

What is the best part of your job?
The subject matter is obviously amazing. It’s also a really nice job for travelling and meeting international people. The maths and physics department is really international and astrophysics is quite a collaborative field, so I enjoy having friends and colleagues from all around the world, based in Oxford, as well as elsewhere.

Another positive aspect is that, in general (although it varies by group), academia is flexible: you have to work quite hard, but you decide for yourself what to prioritise and when you want to work. I've been quite fortunate in that the two or three professors I've worked for have all been quite respectful of my time and let me be flexible in picking what I thought was interesting, and that's fantastic.

Are there any downsides?
It's quite stressful because you're operating on the frontier of knowledge, and you're working around lots of very talented individuals. It can feel like everyone else knows much, much more than you, when in reality they only know a little bit of their little area as well. But you can easily feel perpetually ignorant, just because there's so much to know.

Another stressful thing on the work front is that postdocs are typically one-to-three-year contracts. I've again been relatively fortunate in that I've been able to stay in the same city (by choice) for both for my PhD and my two postdocs. But some people end up being separated from their partners or family for years at a time in different countries or cities.

Do you have advice for someone considering a physics PhD?
You should try and talk to former students of potential PhD supervisors, and get the lowdown on whether they're a good advisor or not. I was really lucky in that my PhD supervisor and the professors I've worked with have all been amazing. But sometimes you hear of people who have always dreamt of working on a specific topic, and they ended up with someone who they didn't mesh with well, and being miserable with it. You're going to be much more productive (and have a better time) if you find the kind of PhD advisor you can work well with. 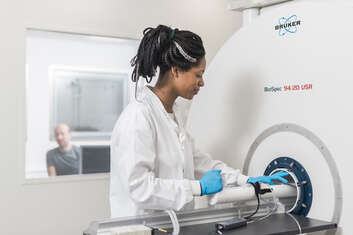