At school, Siena was told she wasn’t good enough to study maths or physics. Her autism, ADHD, dyspraxia and dyslexia were dismissed and she found herself characterised as lazy and difficult. This year, she’s been offered a place to study physics at Stanford in California, one of the most prestigious universities in the world. She’s currently mentoring neurodiverse students, tutoring girls in STEM, is a UN Young Leader who advocates for disability equality and inclusion, and is writing her second book on neurodiversity. Here, she explains some of the prejudice and discouragement she has faced. 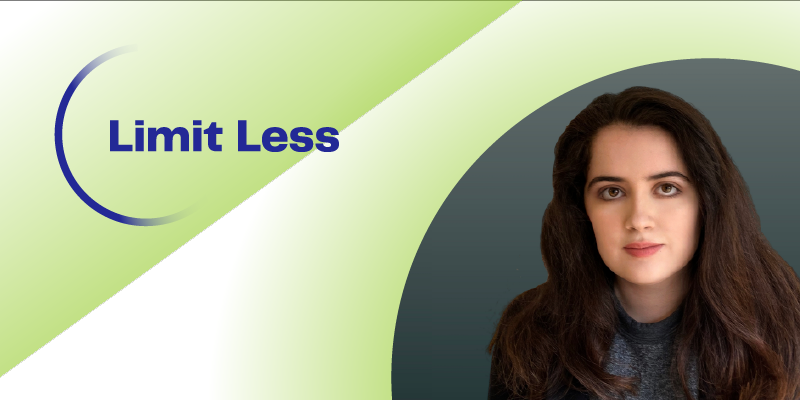 It was at primary school, when I was about seven, that I was first told I wasn’t good at maths. My dyspraxia (a motor coordination disorder) meant I had bad handwriting and my dyslexia meant I sometimes reversed my numbers when copying problems off the board, so my answers would be wrong. On top of that, I was an August child, so my co-ordination was always going to be delayed.

I was put in the bottom group for maths and my parents were told I was not keeping up with my classmates and that I was not an academic child. That really bothered me, because I loved maths. Being written off and underestimated made me determined to prove my teachers wrong.

Eventually, I worked my way up to the middle set, but hit a road block. Although I was outperforming classmates in the top set, my teacher refused to move me up. Since I wasn’t getting the support I needed, my parents decided to move me to another school. On my first day we were given a maths test. I was the first to finish and got the highest grade in the class. My new teacher congratulated me and told me that maybe I could be a maths teacher one day. I was ecstatic! That day was the first time a teacher believed in me, and it was transformative.

At secondary school, at the end of Year 9, I got the highest end-of-year exam grade in both maths and history, but I found myself pushed towards humanities. I was placed in the middle sets in biology, chemistry and physics, while boys who struggled and were getting mediocre grades were placed in the top sets. It was demoralising and discouraging.

In my physics class girls were treated differently. If I answered a question correctly, I got a subdued response, whereas boys would be given an enthusiastic pat on the back. There were many occasions when a girl would ask something and be told it was a silly question. Boys were never told this. I also found that teachers would mark girls more strictly and would give us the more basic problems to solve on the board. These constant gender inequalities contaminated the classroom environment and over time created a hostile environment for the girls.

While I was facing gender inequality in the classroom, I was also being severely bullied for my disabilities. My parents removed me from the school and filed a disability discrimination claim, and as a consequence obtained staff emails. In one series of emails, there was a discussion as to whether I should be in the bottom sets in the sciences. The irony was that at my new school (which I joined mid-way through Year 10), I was quickly identified as being talented in the sciences and was pressured into taking my GCSEs in maths, physics, chemistry and biology a year early at 14, with only three months to prepare. I got A*s on all four GCSEs. Once again, I found that my previous school had mischaracterised my abilities and had been holding me back.

When I was 16, I moved to a specialist state sixth form, where you could only take maths, further maths and physics for A-level. I was thrilled to be accepted to a school that I hoped would be a similar environment to some of the physics and maths summer programmes I’d previously attended. I couldn’t have been more wrong! The sexism was so pervasive that it was normalised.

After our first set of exams, my physics teacher told the class: “Girls, you’re doing well now, but at the end of the year you won’t be. Girls’ scores always go down.” He said this despite the fact that girls get more A*s than boys at physics A-level. Although I got an A on the physics exam, along with other girls who had also done well I was required to attend remedial lunch and after-school classes, whereas boys who hadn’t done as well didn’t have to. The stigma of having to attend after-school classes meant we were viewed as being bad at physics.

It wasn’t just the teachers who treated the girls differently, it was also the male students. The school taught mostly through group work. Since only a third of the class were girls, it meant that I was often the only girl in the group. The boys quickly joined forces to gang up against me. My contributions were ignored, dismissed or ridiculed. If I made a mistake, they made sure to make a big deal about how much I was struggling. If I got an answer correct it was dismissed as luck.

The snide comments and aggression towards us filled us with self-doubt and battered our confidence. When I told a classmate that I planned to apply to Stanford and Massachusetts Institute of Technology (MIT), he laughed and told me I had no chance of getting in. One boy told us that we didn’t belong at the school and that we had stolen a place from a more deserving boy. The boys also started a rumour that the admissions criteria had been lowered for the girls, which was not true. We were just as qualified to be there.

The school told us that in order to be allowed to apply to Oxbridge we had to get A*A*A* on our end-of-year exams. I was also told I would not be allowed to take my AS in economics, because I was not expected to do well on it - I took it at an external exam centre and got an A. I was also told I would be predicted a C on my physics A-level, which meant I would be forced to take a gap year and apply to universities with my actual A-level results. Since the school seemed to be focused on closing doors and depriving me of opportunities, I left at the end of the year.

It was a risk, but thankfully my new school turned out to be amazing. Nonetheless, I was filled with so much doubt and fear that I decided not to study physics or maths at university. Instead, I chose to apply to materials science programs, even though I wasn’t keen on the course. I applied to Imperial College and was offered a place. Over the year, my physics teacher rekindled my love of physics and encouraged me to take a gap year and reapply to do physics. I took his advice. I reapplied to study physics after obtaining A*A*A* on my maths, physics and further maths A-levels. This time I applied to universities in the United States. I’ve been accepted to Stanford, and will find out in March if I’ve also been accepted to MIT, Harvard and Princeton.

I’m grateful that my Year 13 physics teacher looked beyond my gender and saw my ability and potential. Many of the girls at the maths school were put off studying maths and physics. Some switched to economics and other fields that don’t treat women as the enemy.

It makes me so angry that we still have an educational system, teachers, male students and classroom dynamics that dissuade, discourage and prevent girls from studying physics and maths at university. We need to change the belief that women can't be physicists so that future generations of female students don't face the same prejudices, obstacles, and barriers.