Aerospace engineer Krystina is working on the next generation of super-fast jets for BAE Systems. She also mentors girls considering a future in STEM and runs her own Etsy shop selling science and engineering-themed pin badges. Her latest creation is a “This is what a physicist looks like” badge – and she’s very generously making a donation from every sale to IOP’s Limit Less campaign. 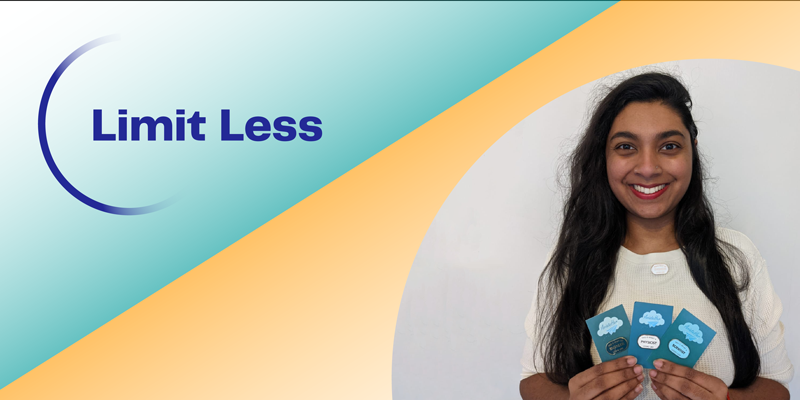 What first got you excited about physics?
I always enjoyed the mechanical elements of physics when I was at school, and that put me on a path towards engineering. But then, when I was about 15, I went to an air show with my family. There were these fast jets flying overhead, all this noise and even one that went supersonic. It was just amazing. I knew there and then that I wanted to work in the aerospace industry, and that physics was going to be a critical subject for me at A-level.

What did you go on to study at university?
I studied aerospace systems engineering at University of the West of England. I grew up in Liverpool and I went to the same school for infants, juniors, high school and sixth form, so I wanted to move somewhere new to do my degree. I chose Bristol because it has a great aerospace history, and I did my master’s there for four years.

What was the change from school to university like?
It was very exciting to go there, but it was jarring to find that I was one of only two women on my course. At school there weren’t many girls in my physics class, but I didn’t notice as much because it was a small class and I’d grown up with everyone, so they were already close friends. It was a shock to go somewhere new, with people I didn’t know, and to see only one other girl.

I was lucky because I had a great group of classmates. We all studied together and had great camaraderie. There was a feeling that we were all working towards the same goal and so we helped each other. I even married one of my classmates!

Were you ever discouraged from pursuing physics or STEM subjects?
As a woman it’s always a surprise to some people that you’re doing STEM in the first place! But I was actually discouraged a little, initially, by my parents. My mum’s a pharmacist and my dad was a nursing home manager and they wanted me to follow a medical path. They didn’t know about engineering or what careers it could lead to. Now they think I made the right choice, but back then they weren’t so sure. That can be quite hard when it’s your parents.

Now I’m a parent myself, I understand that you just want the best for your kids, and if you don’t know about a subject then it’s a scarier prospect. I think with some areas of STEM there’s a lack of awareness generally about careers and opportunities. With engineering people picture a messy job where you wear a high-vis jacket and a safety helmet!

My advice to parents and young people would be to reach out to people who are working in the industry. There are lots of role models out there who are willing to talk about their careers and how they got to where they are. People are always messaging me on LinkedIn or Twitter, so it’s not as hard as you might think. 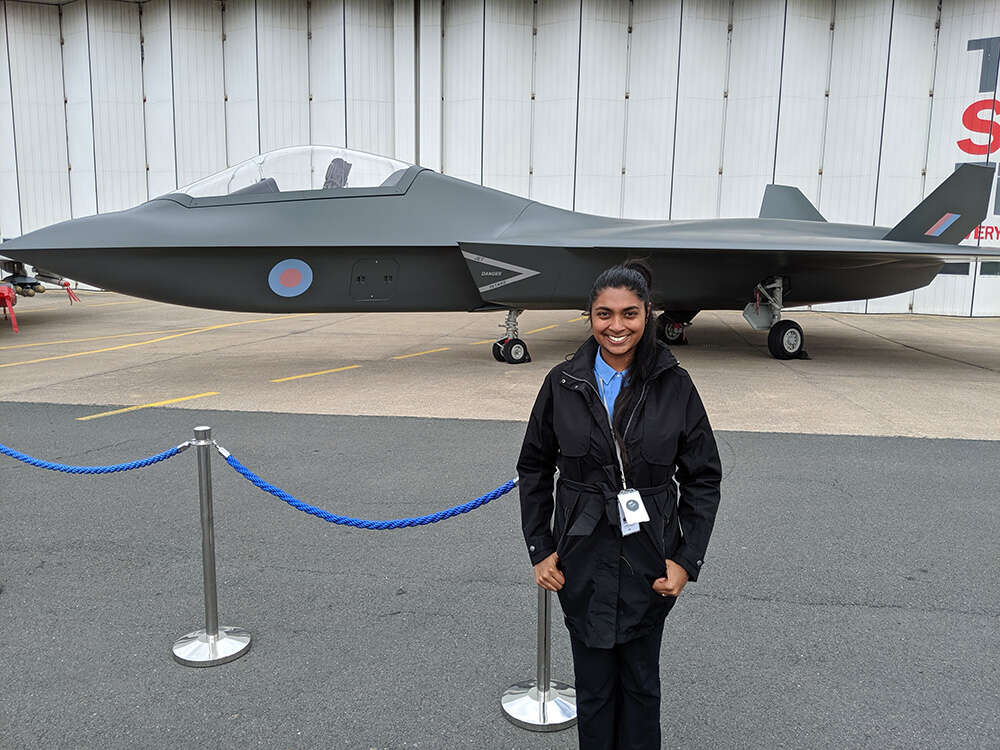 How did you become an aerospace engineer at BAE? And what does your job involve?
I struggled initially to find a job after university. I hadn’t taken an industry gap year or worked on any industry projects, so I didn’t have any connections. It was tough for a few months.

Fortunately, I then found a job as a technical design engineer, which involved developing the fancy first class and business suites for civil aircraft, which was fun! I got to travel abroad a few times and present ideas to clients.

After a few years I wanted to move back up north to be closer to my family, so I applied to BAE Systems and got a job as a flight systems engineer. I’ve been working there for seven years now.

I’ve worked on existing fast jets, but now I’m working on a future programme, investigating technologies that could go onto a next-generation fast jet. There are not many from-scratch programmes like this that come along, so it’s a once-in-a-lifetime opportunity.

What made you want to start mentoring girls interested in STEM?
I’ve taken part in two mentoring programmes – one for the Stemettes and another for a charity called The Girls’ Network, which helps girls from underprivileged backgrounds. It’s something I wanted to do because I never had a mentor when I was younger, and looking back I think it would really have helped my confidence.

There’s a real lack of girls studying and working in STEM, so for me it’s about making sure that girls aren’t put off, and showing them an example of a woman working in STEM. If any advice I give to a young person helps them to pursue that career, and if I can do my bit to increase the numbers of women, then that’s reason enough for me.

And what about your “This is what a physicist looks like” badge? Where did that idea come from?
I’ve always liked pin badges and I collect them, but the idea came in the first lockdown when I couldn’t find a badge that I wanted. Something I’ve found throughout my experience of being a woman in engineering is how often people will say to you that you don’t look like an engineer. And it’s not just women. There are all sorts of different people who get told this. There’s a stereotype of a white male in a high-vis jacket with a hard hat.

I wanted to create a badge that said “This is what an engineer looks like” to make a statement – so I did. I didn’t expect the response I got! The whole lot sold out in 48 hours.

Then I started getting messaged by people asking if I could do one for scientists, pilots, mathematicians – and physicists. In each case I donate part of the proceeds to a relevant charity. Through my research I found out about all these amazing things that charities are doing – like the IOP’s Limit Less campaign.

What would you like to see the campaign achieve?
Girls often don’t think they can do physics or other STEM subjects, even though they outperform boys at exams. I think confidence and stereotypes all feed into that and create a perception that they can’t do it when they’re actually highly capable. So I’d like to see more young women realise that they are capable of doing subjects like physics. People see physics and maths as geeky subjects, when they’re actually really creative, and there’s lots of collaboration and communication involved.

Krystina’s “This is what a physicist looks like” badges are available from her Etsy shop now. £1.50 from every purchase will go towards IOP’s Limit Less campaign.