Soaring over the bumps in the road: PhD in Astrophysics

Marcin’s path to studying for a PhD in Astrophysics hasn’t always been smooth, but his determination and passion for the subject have got him to his final year. 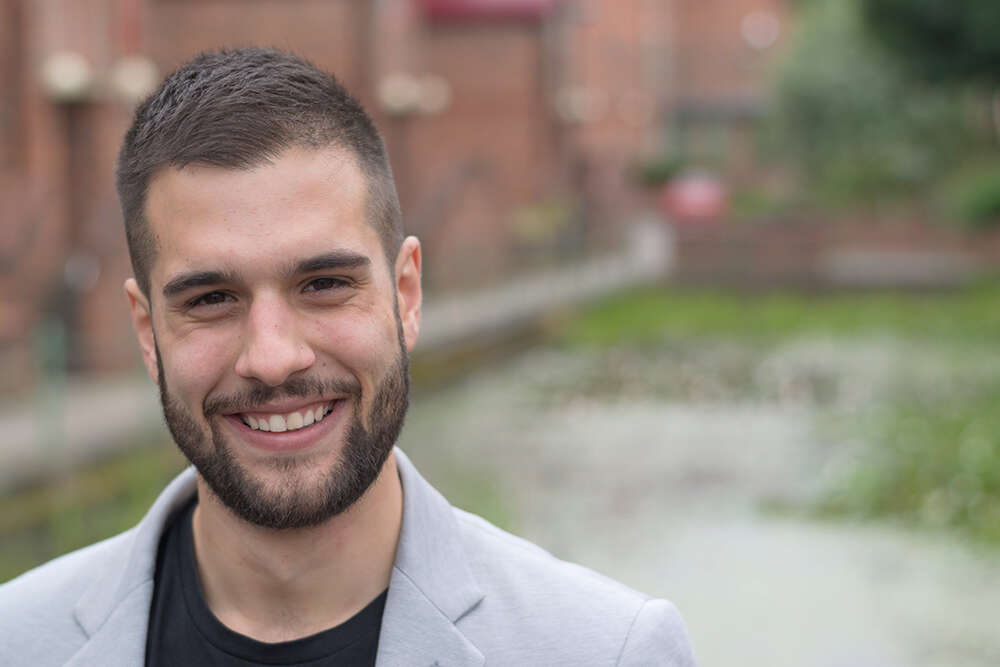 “You can feel your brain making connections and then you start getting sparks of inspiration and motivation… it's when that happens that you have those ‘Aha’ moments.”

How did you first get into physics?
At school, I was more of a music student. I was very interested in getting into the music industry, so I kind of tailored my A-Levels towards music and music tech. But then in sixth form, I realised that my interests were changing. I was spending more time on YouTube watching things like Sixty Symbols and Numberphile than watching any music stuff. That’s why I picked theoretical physics for my degree.

What made you choose an Astrophysics PhD?
During uni, I just followed my nose and looked at things that I found interesting. I really liked maths and fluid dynamics, and I also found quantum physics fascinating. Theoretical physics gave me the freedom to choose a lot of those kind of modules.

So when it came to my Master’s year (I did an integrated Master's, so three years of a Bachelor's, one year of a Master’s), I took on a really interesting fluid dynamics project but applied in an astrophysical scenario.

At the end of the year, a PhD position became available to work on an astrophysical fluid dynamics project, looking at how massive stars impact their environment. Given that I wanted to keep on doing maths and fluid dynamics, and that I also wanted to learn how to program and code to build up my skills, I applied for that PhD and I eventually got it.

From your experience, what are the best and worst parts of studying for a PhD?
It's quite funny because the most exciting part of the work usually is what follows the least exciting part. It's when you've been stuck for a very long time (the longest period I've been stuck has been five months when something wasn't working in my code) and you're not getting anywhere and then suddenly things start making more sense. You can feel your brain making connections and then you start getting sparks of inspiration and motivation and then that gets channelled into your work – it's when that happens that you have those “Aha” moments.

I think the biggest thing that I've learned now is to be a little bit calmer and manage the fear and anxiety surrounding the uncertainty when things don't make sense. I'm a lot calmer because I know that a moment of insight will come, eventually.

What advice would you give to anyone considering a physics PhD?
People think you just finish school and you get good grades every year, smash it, and then you get a PhD and it's seamless like that. There's a perception that if you're not doing something like that, then what you’re doing is wrong.

I ended up resitting something pretty much every year. And actually, I was a second choice for the PhD – I got it because somebody else dropped out. So I would say perseverance does pay off. If you've paid attention to what you’re passionate about early on, you can remind yourself of why you were interested in your topic in the first place and that can help you go on. Expect there to be uncertainty and change and anxiety associated with it – but that’s okay and normal.

Do you have plans for after your PhD?
I've been smacked in the face so many times with things just not going to plan, I'm trying to not look too far ahead. But I am at the same time keeping in mind options. I'm fascinated by psychology, and human behaviour is something I was even considering doing at the start of my PhD. My interest in psychology hasn't gone away, and so I've been looking into how I could transfer my skills of modelling and computation towards studying human behaviour.

Taking physics to the next level: PhD