This is an IOP special interest group, which is a community of IOP members focused on a particular discipline, application or area of interest.

Special interest groups allow members to connect and share knowledge and ideas. The IOP funds groups to deliver a range of activities including events, prizes and bursaries. All of our groups are driven by members.

As a special interest, member-driven group, we encourage group members to participate in the IOP’s activities and support career progress with professional development.

We reflect the varied careers of women physicists in:

What the group does

Our current interests include:

We welcome new members and suggestions for future events. Come and join us to contribute to our discussions.

Socialise, network and find out more about our group on Facebook.

What does it mean to be a member of the group?

What does it mean to be a member of the committee?

This award was established as a Women in Physics Group Prize in 2007 and was originally known as the Very Early Career Female Physicist Award. In 2016 Council incorporated the award into the IOP awards programme and subsequently renamed it the Jocelyn Bell Burnell Medal and Prize.

The award is for women at the start of their careers who have made a substantial contribution to physics and who support and encourage others in the field.

The prize is £1,000. The winner also receives a bronze medal and a certificate.

An annual in-person celebratory ceremony is held where finalists are invited to present their work and winners are announced.

Nominees for the award must:

Find events for the Women in Physics Group

Networking with Leading Influencers within the Physics Community

An afternoon aimed at inspiring, promoting, supporting and motivating young people to work towards achieving their goals in a post-Covid world where science has really come to the fore and into the public psyche in a manner never seen before.

The Culture of and Naming of SI Units

Have you ever thought about why measuring standards are useful? We have units of measure that are convenient (the tea spoon, a pint, the centimetre), fundamental constants (the speed of light, Planck’s constant and many others), and measurement standards that are now called SI units. Would we have been able to make the discoveries in physics without this process of standardisation? Have these units of measure been fairly attributed to the discovery teams and how do differing cultures see this? Are we missing anything?

Getting Back into the Workplace

A one-day meeting for women returning to the workplace after a career break with hands-on support and advice on returning to paid employment.

Download the programme to learn more about the event (PDF, 135MB).

Tweets from the day: #IOPReturntowork2019

The Lives and Times of Pioneering Women in Physics

DBE FRS FRSE. Former President of the Institute of Physics (2008 to 2010), University of Oxford

Dean of the Faculty of Sciences, University of York, Chair of the IOP Juno Panel

University of Oxford, Chair of the IOP Diversity and Inclusion Committee

Head of Department of Physics, Institute of Physics

Support for members, or their dependants, during unemployment, ill-health or a career break.

Find out more about the fund 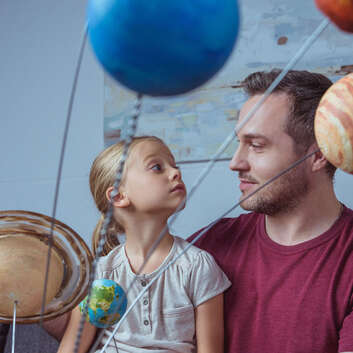 Up to £250 for members who could not otherwise go to an event or conference because they are a parent or carer.

Find out more about the fund

We're working to understand and tackle the issue of girls’ under-representation in physics post-16.