Dr Dermot Green from Queen’s University Belfast won the 2019 Bates Prize for his development of many-body-theory computational approaches for low-energy positron scattering and annihilation in atoms. 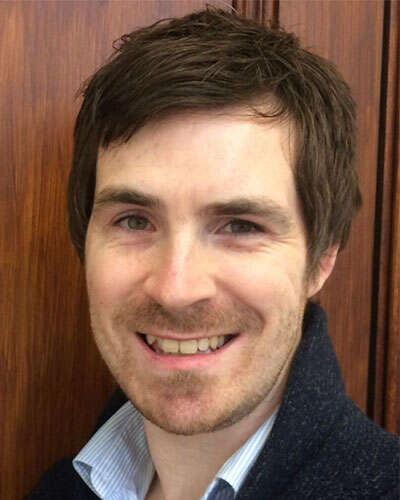 Dr Green is an excellent young theorist in atomic and molecular physics. His main achievement is the development of many-body-theory computational approaches for low-energy positron scattering and annihilation in atoms.

This has led to a complete understanding of the whole body of experimental data for positron interaction with noble-gas atoms. It includes the elastic scattering cross sections, annihilation rates and annihilation gamma-ray spectra.

Positron interaction with a many-electron atoms is a very challenging theoretical problem. This is because of the role played by the correlated motion of the positron and atomic electrons.

The correlations have an overwhelming effect on the positron-atom scattering and annihilation, producing orders-of-magnitude enhancements of the relevant characteristics.

The approach pursued by Dr Green has enabled to fully account for these effects and predict the scattering cross sections, annihilation rates and gamma-ray spectra, and positron thermalisation rates for noble gases. This is in complete agreement with experimental data, some of which remained poorly understood for decades.

The success in solving the positron-atom problem has also opened the prospect of developing a similarly accurate theory for the interaction of positronium (an electron-positron-bound complex) with many-electron atoms.

A recent work, Many-Body Theory for Positronium-Atom Interactions, co-authored by Dr Green, with AR Swann and GF Gribakin, was published in Physical Review Letters in 2018. It demonstrated the strength of this approach by performing the first accurate calculations of pickoff annihilation rates (where the positron annihilates with an atomic electron) for positronium collisions on helium and neon.

A versatile theorist, Dr Green has also made important contributions to distinct fields beyond antimatter-atom interactions.

Notably, he solved the fundamental problem of the motion of an electron in an ultra-intense laser field, taking into account the key effect of photon emission, and he predicted the emergence of quantum chaos in cold collisions involving simple atomic and molecular systems.

Evidence of Dr Green's high-calibre work and international standing is reflected in a number of key publications in leading international journals. These include:

He is often invited to international conferences.

Dr Dermot has won a number of prizes, which include:

Reader in Theoretical Physics at Queen's University Belfast where he is now a group leader and holds a European Research Council Starting Grant.

Research Fellow in theory of ultra-cold molecules at Durham University.

A first-generation university student, Dr Green graduated with a first-class MPhys from the University of Oxford (Balliol College).

Beyond developing his research, Dr Green advocates for the physics community as: