Let’s do an experiment. Mix the curiosity of high-school students with the bubbling fields of quantum science and technology and what do you get? The answer involves time-reversed caterpillars, animated black holes and quantum-internet Lego – all these and more surfaced in our new quantum video competition.

The IOP QQQ group (Quantum Optics, Quantum Information and Quantum Control) set out on a mission to get more young people engaged with quantum science and technology. We challenged A-Level and equivalent students to create three-minute videos about any aspect of quantum science or technology, individually or in teams.

Our expert judges were hugely impressed by the creativity, enthusiasm and advanced research that went into all the videos – ranging from stop-motion sweets as particles to news shows about quantum computing algorithms and cartoon characters discussing black-body radiation.

We are pleased to announce the top winners, runners-up and highly commended entries, selected from over 120 entries from across the UK and Ireland.

Head over to the IOP YouTube channel to watch the shortlisted entries for yourself!

How did we find the winners?

The entries were judged by a panel of 17 expert judges, ranging from quantum ballerina Merrit Moore to science broadcaster Jim Al-Khalili and quantum YouTuber Mithuna Yoganathan. We had judges from universities, quantum organisations and quantum science communication. Read about our judges.

The top 22 entries were selected based on the four judging criteria: creativity, clarity, accuracy and engagement.

What happened at the Photon 2022 prize ceremony?

The winners of the top individual, top team, and sponsor prizes were all invited for an expenses-paid trip to the Photon 2022 conference on 1 September, hosted by the University of Nottingham. The students were also taken to Nottingham’s Department of Physics for lab tours led by Nottingham researchers.

Many questions about cold atoms and lasers later, the students were then able to network with quantum researchers from around the world who were attending the conference. They also took part in the dinner, which began with a surprise violin performance light-show involving the Star Wars theme tune, and all the winners were presented with their certificates, along with some highlights of our judges’ comments about their entries.

Who was behind the scenes?

Quantum on the Clock was a completely new competition this year, and many people and organisations were involved to make it happen.

Teams across the IOP worked hard with the QQQ group to establish the competition and get everything running. The organisers of Photon 2022 helpfully hosted the top winners, and physicists at the University of Nottingham gave inspiring lab tours.

The QQQ group would like to thank everyone who made the competition happen, everyone who helped spread the word to schools and students, and most of all, all the enthusiastic young people who took the time to learn about quantum and submit an entry to the competition! We hope your quantum journeys are just beginning. 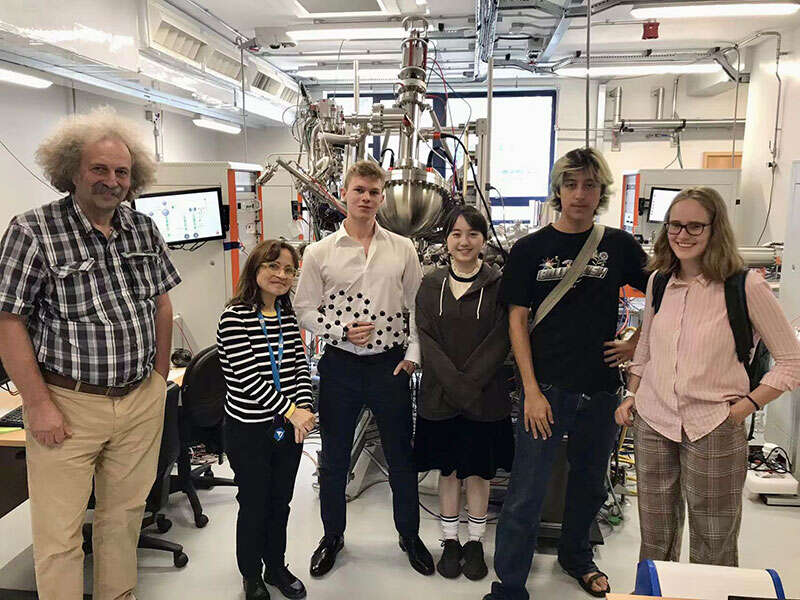 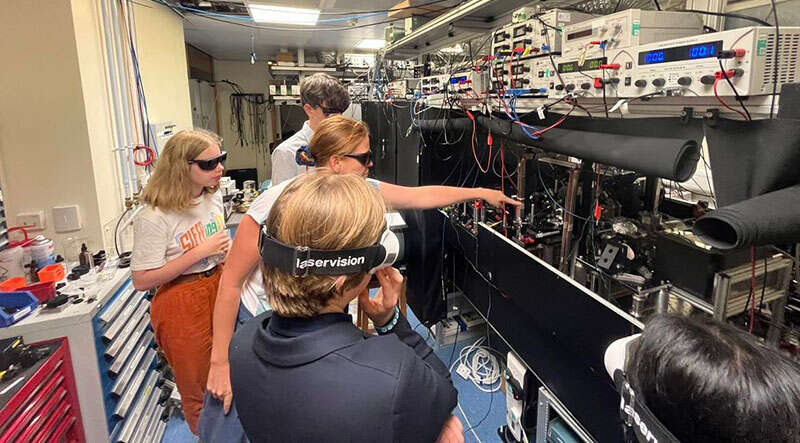 Pictured above: Students on a tour of Nottingham University cold-atoms lab 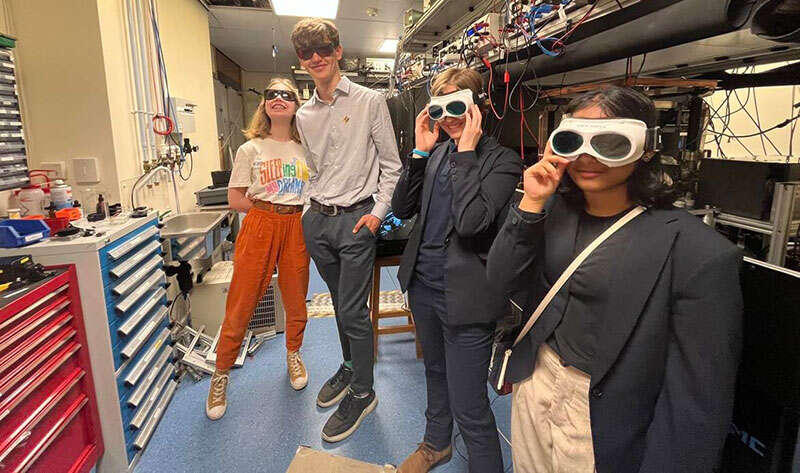 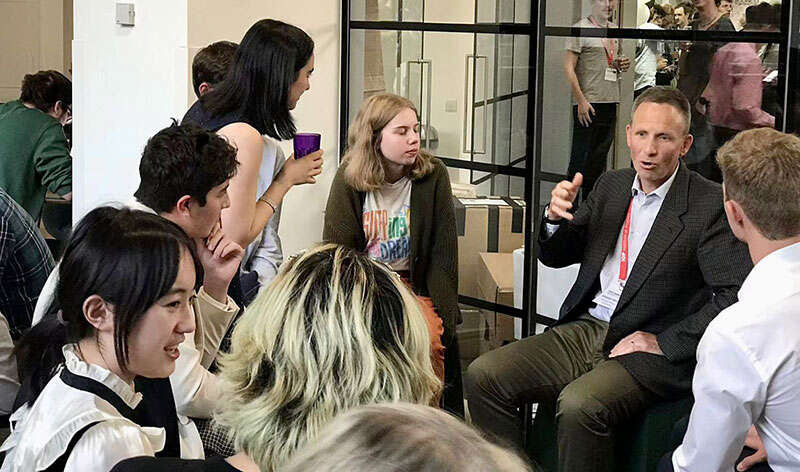 Pictured above: Students chatting to QQQ group scientists at the Photon 2022 conference

Pictured above: Students receiving their awards at the Photon 2022 conference