This is an IOP special interest group, which is a community of IOP members focused on a particular discipline, application or area of interest.

Special interest groups allow members to connect and share knowledge and ideas. The IOP funds groups to deliver a range of activities including events, prizes and bursaries. All of our groups are driven by members.

As a special interest, member-driven group, we are interested in all aspects of the nuclear industry. Our role is to:

What the group does

We represent physicists involved with or interested in all aspects of the nuclear industry.

We look forward to welcoming you as a member and meeting you at an event. 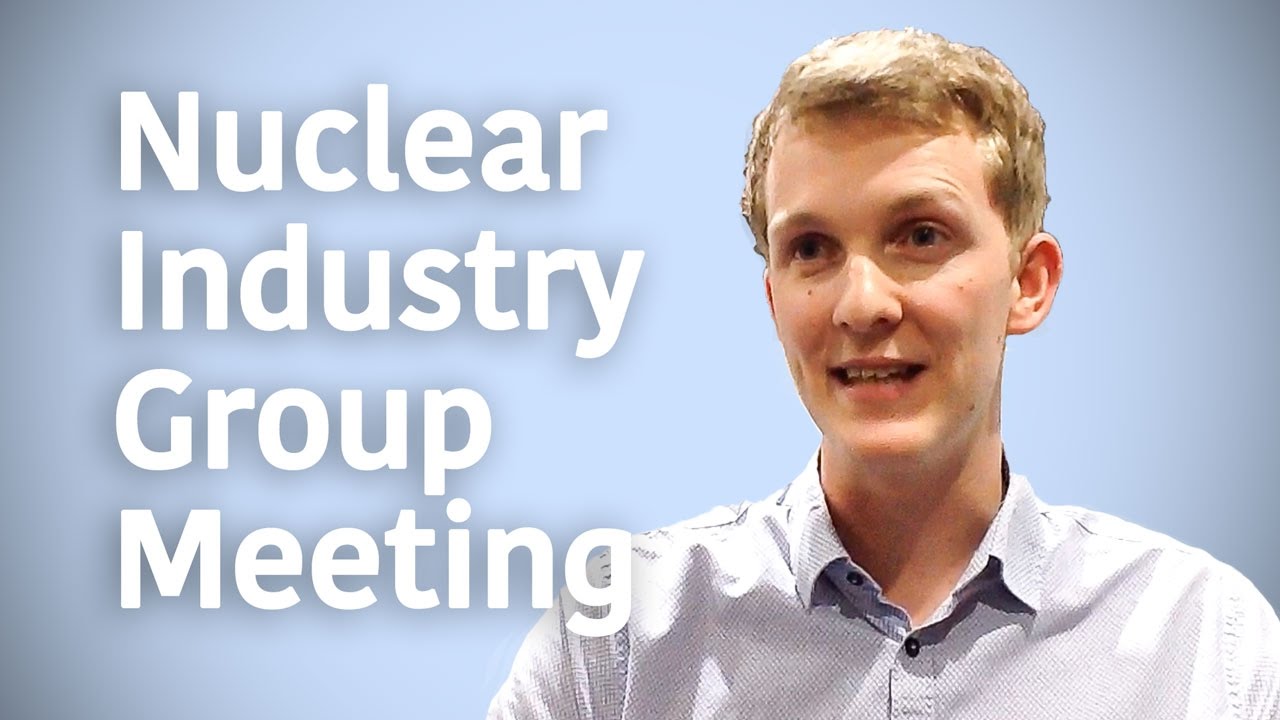 We award two prizes each year to:

This prize is for physicists in the early stages of a career in the nuclear industry.

Find out more about the Early Career Prize.

The prize is to:

Find out more about the Career Contribution Prize.

The event was held at the IOP HQ in King’s Cross and aimed at synchronising the discussion and discourse of two different sectors when discussing radionuclides – a topic becoming more interesting to medical physics as the world begins to better manage and even look past the ubiquitous Tc-99m. Several experts gave presentations across two sessions and a lively panel discussion of all the speakers drew each to a close. Here are some of the presentations given on the day:

Watch the YouTube video on Nuclear Emergency Support Team activities and what it means for the industry, by Jim Gulliford.

Watch presentations from a half day seminar at the Wylfa Nuclear Power Station that marked the end of the use of Magnox reactors to produce electricity.