Pioneer in the field of liquid crystal elastomers and IOP Fellow passed away in December 2021. 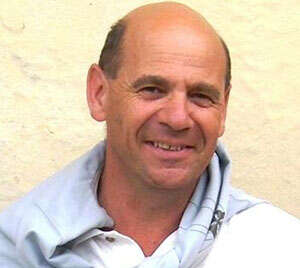 We would like to pay tribute to IOP Fellow, Professor Mark Warner FRS FInstP.

An inspiring teacher, Professor Warner introduced many young people to the power of mathematics in physics. He was also a professor of theoretical physics at the University of Cambridge, where his interests included shape-shifting solids, soft complex matter, and statistical physics.

His research made significant contributions to the understanding of polymer liquid crystals, and he predicted the existence of many new phenomena, including large thermomechanical and optomechanical effects, liquid-like shape changes and soft ferroelectric solids.

Additionally, in 2019 Professor Warner was awarded the IOP’s Lawrence Bragg Medal and Prize jointly with Dr Lisa Jardine-Wright, the IOP’s Vice-President for Education and Skills, for setting up and directing the Isaac Physics programme, which has revolutionised physics education for teachers and students in an extraordinary number of UK schools.

Reflecting on his life and achievements, Dr Jardine-Wright stated: “Mark was a mentor to many students of physics and early career researchers, he always made time for people and was interested in what you were interested in.

“His humility and generosity in acknowledging contributions of early career physicists has undoubtedly built their confidence and encouraged them. I have been fortunate to have had Mark as a mentor and to have co-founded the Isaac Physics project with him.

“His willingness to share ideas along with his dedication to physics education at many levels made him a truly inspirational role model.”

Professor Warner died on 24 December 2021 after a long illness, surrounded by his wife Adele and children Max and Jessica.

Thanks to the Royal Society for the biographical information