His findings eventually brought about a change in approach to the defining of operational radiation protection quantities. 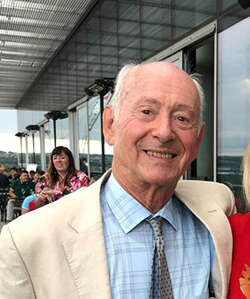 Jack thought it should be based on the biological effects of radiation at the DNA level, and that instruments to measure the bio effects should be developed.

However, in 2020 the ICRU and the ICRP published an alternative approach to their definition of operational radiation protection quantities that went some of the way towards concurring with Jack’s original viewpoint.

In 1952, Jack went to the newly established Atomic Energy Research Establishment at Harwell, Oxfordshire, as one of its youngest scientists. Studying part-time while working, he got into the Sir John Cass College, which became part of the City of London Polytechnic, to read physics.

It led to an MSc and a PhD from St Bartholomew’s Hospital Medical College, where his interest was in the application of physics to medical problems, especially the use of radiation, and he went on to complete a two-year postdoctoral fellowship at the Johns Hopkins University in Baltimore, Maryland.

There followed a spell at the Medical Research Council Radiation Unit at Hammersmith Hospital in West London, where he helped to put in place new electronic techniques and held a research position in Munich before he was asked to join the Polytechnic of Central London in 1970, where he was made a professor of radiation biophysics and took a sabbatical to work for the US Environmental Protection Agency in Washington.

Jack remained at the Polytechnic of Central London, now known as the University of Westminster, for 30 years until he retired.

Jack passed away on 27 September 2021. He is survived by his wife Heather, stepdaughter Rosanne and three grandsons, Finley, Oscar, and George.