Professor Nigel Weiss FRS died earlier this week (26 June 2020) after a fall at his home. 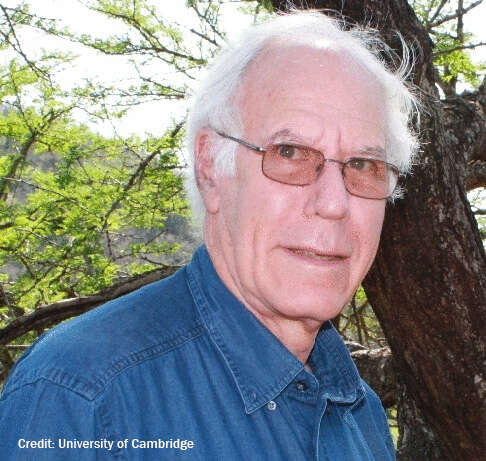 Nigel Weiss was born on 16 December 1936 in South Africa. He was educated at Hilton College, Natal, then Rugby School and Clare College Cambridge.

He began his research career studying seismic tremors, supervised by Edward Bullard, but switched to the study of magnetohydrodynamics.

After a spell at Culham Laboratory, during which time he pioneered the use of stable numerical codes for solving MHD problems, he was the first to demonstrate the mechanism of flux expulsion by rotating eddies. He then came to Cambridge as a lecturer in DAMTP, and a Fellow of Clare.

He became a world authority on the physics of sunspots and mechanisms driving the 22-year solar cycle. He made important contributions to the study of the nonlinear dynamics of convection, and led a long-term programme to understand the interaction of compressible convection and magnetic fields.

He became a professor at Cambridge in 1987 and was elected to the Royal Society in 1992. He served as president of the Royal Astronomical Society from 2000-2002, and received the Society's highest honour, the Gold Medal, in 2007. Apart from his academic work, he was a member of the National Gallery scientific consultative group from 1996-2012.

Nigel's cheerful and generous approach to his subject will be much missed by his many former students and colleagues, both in Britain and around the world. He leaves his wife Judy, a son and two daughters, and five grandchildren.