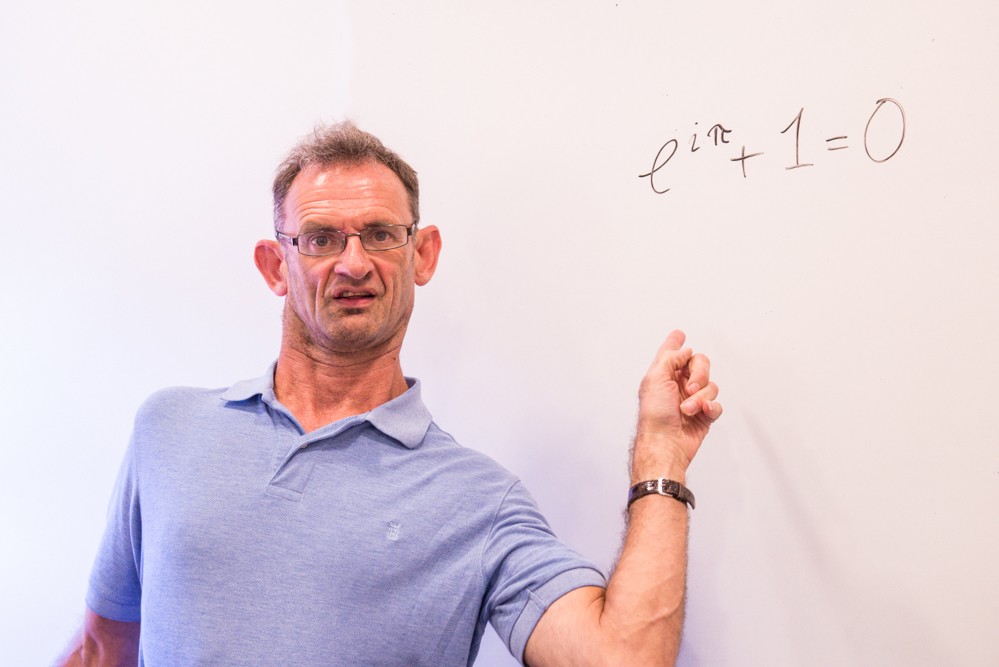 We are deeply saddened to report the passing of Nicholas (Nick) Simon Walmsley, BSc PhD CPhys MInstP CMath MIMA, a greatly respected friend and colleague who died from cancer in November 2019.

Throughout his life Nick, who had cerebral palsy, used sheer determination and positivity to find solutions to whatever obstacles he faced. Growing up in Lancashire, he was the hero of Mere Oaks School in Wigan, achieving some of their best ever O-level results, and from there he made the big step of moving out of specialist schooling to attend Runshaw College in Leyland.

Nick subsequently achieved a first class BSc (Honours) in mathematics with computing from the University of Central Lancashire, before staying on to complete a PhD in 1995 – studying stray field images of micromagnetic systems. Five years of postdoctoral research in the field followed at the universities of Keele, Bangor, and Durham.

In 2001 he made a career move into operational research (OR), joining what became the Defence and Security Analysis Division of the UK government’s Defence Science and Technology Laboratory (Dstl), at the time based at Fort Halstead in Kent. OR, being the science of better decision making, is widely used by the Ministry of Defence (MOD) to advise on policy, on current operations, and to help procure the best defence equipment. Dstl employs mathematicians, scientists and engineers to undertake OR studies, with Nick’s work focused on command, control and communications, sensors for the land environment and on future armoured vehicles.

In his career at Dstl, Nick wrote more than 60 technical reports for the MOD and represented Dstl and the MOD at international conferences where he was in his element: interesting papers to hear, interesting people to discuss maths with and interesting new beers to sample in the bar in the evenings.

He became a chartered physicist with the Institute of Physics and a chartered mathematician with the Institute of Mathematics and its Applications and took great interest in developing and mentoring junior staff. Since its inception, Nick was also actively engaged with Dstl’s disability support group known as EnableD – leading the mobility and dexterity subgroup and helping organisational leaders to develop their understanding of disability.

Outside work Nick had a deep passion for football, supporting Preston North End, and also for heavy rock music. A defining moment in his life was his attendance at the Castle Donington ‘Monsters of Rock’ festival in August 1984, and he went on to attend over 700 rock concerts over the next 35 years. Nick also enjoyed road trips around the country to visit friends and driving back home (near Preston) to see his family and ‘refresh his northern accent’.

However, despite all his many achievements in education, work and life, Nick remained incredibly humble, saying how lucky he was to find himself living in an apartment in Gunwharf Quays, on the seafront in Portsmouth, which he described as like living in Monte Carlo.

For all his great achievements, it’s who Nick was as a person that will be remembered most. He was a colourful and irrepressible character: straight-talking, supportive, loyal, generous and funny, but also fiendishly clever. He never moaned about his disability, but dealt with it with his usual stoicism mixed with a charming self-deprecating sense of humour.

Nick was unique, he was like a force of nature, and his sudden passing before his time has led to immense grief. But there is comfort from the quote that ‘It’s not the years in your life that count, it’s the amount of life you had in those years’, and Nick very much lived life to the full.

Rest in peace Nick – but keep on rockin’!

Remembered by the friends and colleagues of Dr Walmsley.