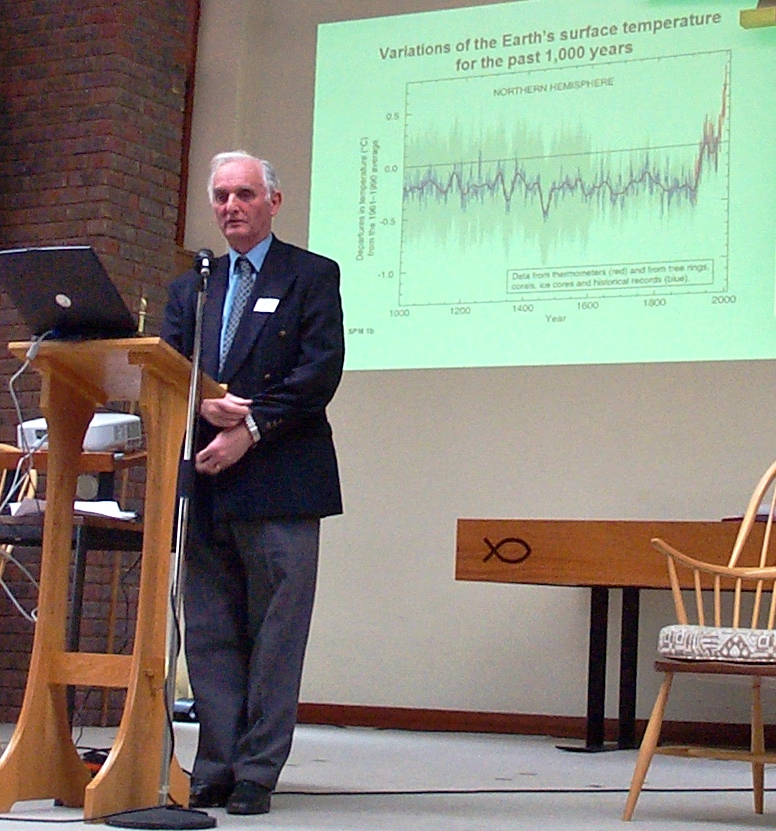 Sir John Houghton was a Welsh atmospheric physicist who contributed to the development of climate science and to the creation of international collaboration based on climate research.

A student at Rhyl Grammar School, where his father was a teacher, John achieved the highest A-level grades of any Welsh student. He won a scholarship to the University of Oxford aged just 16, and embarked upon a degree in mathematics and physics in 1948.

Graduating at the top of his year, he stayed on to do a master's, followed by a DPhil in atmospheric, oceanic and planetary physics in 1951, before spending a brief period with the Royal Aircraft Establishment.

He returned to Oxford as a lecturer in 1958 and became a Fellow in 1960. During this time he worked with a group of academics to develop instruments for space-based weather monitoring with Nasa, and spent four years as director of the Appleton Laboratory. He was eventually made Professor of Atmospheric Physics at Jesus College and a Fellow of the Royal Society.

Between 1982 and 1984, he was chair of the World Climate Research Programme, an international programme that he helped establish in 1980 that helps to coordinate global climate research. In 1983 he left Jesus College Oxford to become director general of the Meteorological Office where he developed a particular interest in climate change.

John Houghton described global warming as ‘a weapon of mass destruction’ and went on to have a distinguished career as one of the world’s most eminent climate scientists.

He became chairman of the Intergovernmental Panel on Climate Change (IPCC) in 1988, a position he held until 2002 and during which he was the lead editor of the first three IPCC reports. This work was a major factor in the award of the Nobel Peace Prize to the IPCC in 2007, which was shared with former US vice-president Al Gore. John himself was one of the team who received the prize on behalf of the IPPC.

As one of the principal climate scientists of his generation, he contributed significantly to the understanding of the causes and impacts of global warming, convinced many politicians about the gravity of its risk and, as a Christian, in his later years undertook to persuade American evangelist preachers that humans are able to influence the Earth’s climate.

He spent his final years living by the sea in Wales’s Dovey estuary, described by his granddaughter as ‘his favourite place’.

Speaking about him on BBC Radio 4’s The Last Word, Institute of Physics CEO, Professor Paul Hardaker, said: “I remember talking to him about him giving his first lecture on climate science to the British Science Association in 1967. John had been working on using satellites to look at the Earth’s atmosphere. He was also trying to build mathematical models of the energy in the atmosphere and join the models and the observations together. He really moved forward the science at a time when it wasn’t in the public consciousness.”

Paul added: “Sir John held many leadership positions in science, but he was also a world-class scientist in his own right. I will remember him for the rigor in his work, his engaging passion, his thirst for knowledge, and his sense of purpose that was very inspiring to those who spent time with him.”