This engineer and physicist was instrumental in the development of Hadron colliders that led to the discovery of the Higgs boson. 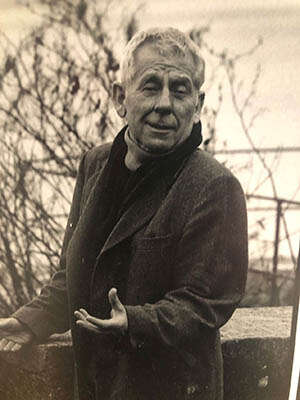 Hugh O’Hanlon passed away in March 2020 in Switzerland where he lived and worked. A trained engineer and physicist, he was instrumental in the development of Hadron colliders that led to the discovery of the Higgs boson particle at CERN.

Hugh was born in Bootle, near Liverpool, where he studied engineering from age 13 at Bootle Technical College.

Two years later he went on to complete an apprenticeship with Campbell and Isherwood. Later he progressed to working on a guided-missile system research project with AVRO.

He went on to study maths whilst undertaking engineering research with Pilkington glass and then moved to the University of Liverpool to work on a cyclotron project. After completing his MSc in engineering at Aston University, Hugh started his career at CERN in 1967 where he was instrumental in the development of the world’s first Hadron collider.

His work helped the world to understand the beginnings of the universe and led to the discovery of the Higgs boson particle in 2012.

Passionate about inspiring young people to follow a career in physics, The Hugh O’Hanlon Award was made in honour of his life and work to King’s Leadership Academy Hawthornes, a school in Bootle, to revitalise its science facilities. The IOP would like to thank the family for making this possible.

He married Vera Webster in 1962. They went on to create a family with three children. Vera and the boys all still live in Geneva, Switzerland.