He served the global metrology community for 50 years. 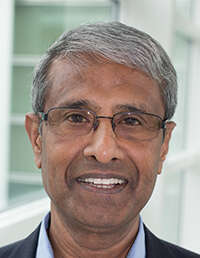 Kamal joined the NPL after completing a PhD in physics at the Cavendish Laboratory, University of Cambridge. His research centred on the use of high-resolution electron microscopy to understand how the microstructure of materials affects their performance in harsh environments.

In 2000 Kamal became NPL’s Research Director and was responsible for the strategic development of its scientific research, developing partnerships with academia, business, and government. In 2008, he took on the additional role of leading NPL’s international work and became Research and International Director.

Remembering Kamal, Anne Crean, Head of Science and Innovation, the Institute of Physics (IOP), said: “I worked with Kamal when based briefly at the NPL, he was a kind gentleman, a great champion for physical sciences in the UK and internationally, and was an active Fellow who contributed to many IOP activities.”

Kamal had extensive experience of advisory work for the government, the European Union (EU) and the United Nations Industrial Development Organization (UNIDO), serving on a range of national and international committees. He chaired the G7 initiative the Versailles Project on Advanced Materials and Standards (VAMAS).

He was a member of the EU’s Advisory Committee for the sixth and the seventh Framework Programmes over 10 years, served on standards committees for nanotechnologies and played a pioneering role in integrating research and standards in the European Committee for Standardization (CEN).

Alongside this Kamal also secured funding to establish a larger follow-on programme, a €600m European Metrology Programme for Innovation and Research, with 28 participating states. Under his leadership, EURAMET adopted a strategic approach and the culmination of this was the Strategic Research Agenda, which was published in 2015 and set out objectives aimed at improving the European metrology infrastructure.

In 2009, Kamal was honoured with an OBE for services to industry as a result of his extensive experience of advisory work for the government, the EU and UNIDO, where he served on a range of national and international committees.

Kamal also had a significant influence on the development of Horizon 2020, Europe’s biggest-ever research programme and was recognised as a thought leader in scientific research policy, particularly in maximising the real economic and social impact of research.

Kamal is survived by his wife Elizabeth, their children Sophia and Kamran, and granddaughter Arabella.

Thanks to the National Physical Laboratory for the biographical information.