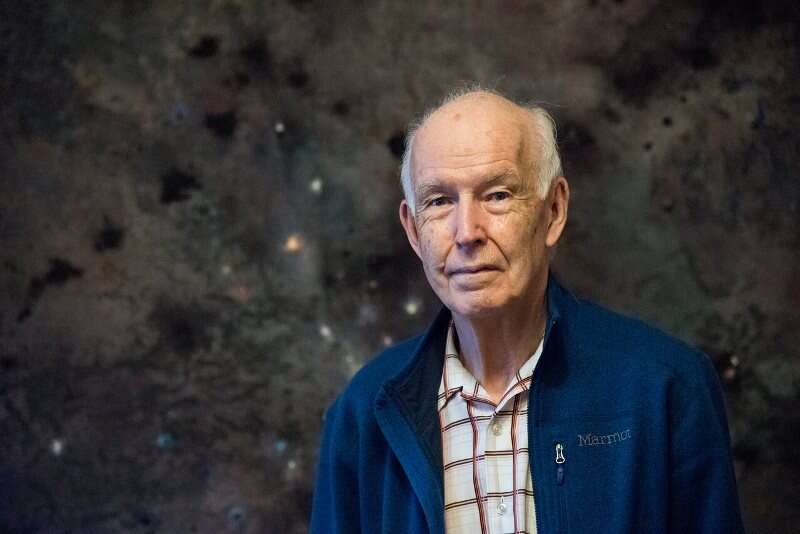 Born in Belfast on 1 January 1934, he attended Queen’s University Belfast where he gained a Bachelor of Science in 1956. His interest in nuclear physics led him onto a master’s degree, during which he became interested in astronomy after encountering the book Frontiers of Astronomy by Fred Hoyle.

He went on to undertake a PhD at Royal Holloway College in London, during which time he also worked as an assistant lecturer in mathematics from 1959 until 1960.

During this fellowship year he worked with renowned astrophysicist Subrahmanyan Chandrasekhar at the Yerkes Observatory in Williams Bay, Wisconsin, US. Between 1966 and 1989 he was assistant director of the London Observatory (now University College London Observatory) and subsequently became director from 1989 until 1997.

Derek initially worked and lectured on positional astronomy but later, with the advent of digital computers, became interested in star formation.

He was introduced to the International Astronomical Union (IAU) by Edith Müller and Patrick Wayman, and was an active member for the rest of his life, attending all IAU conferences between 1964 and 2006, serving as president of Commission 46 Astronomy Education & Development from 1973 until 1976, as assistant general secretary of the Executive Committee between 1985 and 88, and general secretary of the Executive Committee from 1988 to 1991.

During his term as IAU general secretary Derek displayed sensitivity and integrity in dealing with the challenges he met, including international science relations during the Cold War. He managed the inception of a process of modernisation that shaped the IAU into what it is today and was a strong supporter of women astronomers, addressing gender imbalance within the IAU.

Working extensively with UNESCO and the UN following his time as IAU general secretary, a passionate ambassador for astronomy, he advocated on behalf of the IAU in the fight against light pollution, emphasising the importance of ‘dark and radio-quiet skies’ for observation.

He was also a prolific author and editor, his publications including Positional Astronomy, published in 1975, and The Vanishing Universe: Adverse Environmental Impacts on Astronomy from 1992.

From 1966 to 1971 he was secretary of the Royal Astronomical Society, then vice-president between 1971 and 1972, and treasurer in 1996. In addition, he held the office of president of the Junior Astronomical Society between 1981 and 1983, the name of which changed to the Society for Popular Astronomy in 1994, and was a visiting fellow at the University of Hertfordshire from 1999.

With an avid interest in birdwatching to complement his love of the skies, and remembered by his friends and colleagues for his impressive grasp of mathematical physics and his great – albeit dry – sense of humour, as well as his kindness and helpful nature, Derek will be greatly missed by the astronomical community.

“You know all the answers now Derek,” wrote friend and colleague Ian Furniss on learning of his passing, “R.I.P. I raise a glass to you.”