Derek Fry was a teacher of physics and astronomy, and was amongst the first classroom physics teachers who had not also been involved in physics education nationally to become a Fellow of the Institute of Physics when he was elected in 1997. 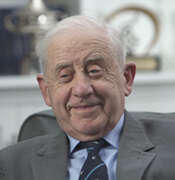 His election as a Fellow was an important moment, with the IOP marking very clearly the fact that teaching physics is to be a physicist and that this can be done with the distinction that leads to Fellowship.

Many people go into teaching to make a difference to the lives of young people, but few can claim to have had the impact that Derek had at The Grammar School at Leeds, where he continued to teach on a voluntary basis long beyond retirement until his sudden death aged 77.

Derek taught with undiminished passion and enthusiasm for more than 50 years. Following a 20-year career at Mirfield Grammar School, Derek joined Leeds Grammar School in 1987, now The Grammar School at Leeds. It was at Leeds, arriving as a newly qualified teacher in 1991, that I met Derek for the first time.

He was a huge asset to any school and a wonderful colleague – generous with his time for the pupils and his colleagues; wise and experienced in life and the classroom, a terrific sense of timing and the dramatic in his experimental work and an attention to detail that did not seem at all pedantic, which allowed everyone in his class to be sure they knew what they were doing. For many years his lab wall had on it the slogan “In pursuit of Excellence”. It may now be a marketing strap line for many schools but in that lab the pupils knew that is actually what Derek wished them to do.

Soon after joining the school Derek introduced GCSE astronomy, which students studied in addition to their core curriculum. This was his passion and he was also a Fellow of the Royal Astronomical Society. In 2017 Derek received the Royal Astronomical Society’s Service to Astronomy Award. He donated the prize money to the school library for the purchase of astronomy books for all age groups, saying with characteristic modesty that the award was entirely thanks to his pupils.

Derek’s tremendous legacy includes inspiring numerous students to pursue a career in science as well as those who used their physics qualifications to achieve their ambitions in medicine, engineering, the airline industry and the armed forces. The impact of his teaching inspired more than a dozen former students to dedicate their doctoral theses to him.

Derek also had the distinction of being immortalised in print by former colleague and novelist Joanne Harris, who based characters in Chocolat and Gentlemen & Players on her friend.

Famous for his handwritten worksheets, formal letters written to an amazing range of correspondents and his love of the slide rule, Derek had ostentatiously allowed social media to pass him by. It is then with a smile that those of us who knew him well noted that the hashtag #RememberingMrFry trended on Twitter when news of his death spread.

He will be remembered with love and appreciation by pupils, staff, parents and friends for his intellect, dry sense of humour, integrity, kindness and also – with his old-school manners – as a perfect gentleman. 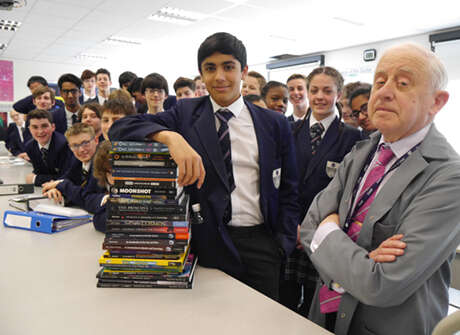