Bryan Chapman was born in Lowestoft on 22 July 1932. Early exploits in science and physics education were almost certainly at Lowestoft County Grammar School, where he held posts of Head Boy, Spartan’s House Captain, Football and Cricket Captain, and the Science Society Secretary. 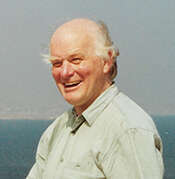 He had two very notable and inspirational science teachers: Ernest Rimer (physics) and ‘Finny’ Finbow (chemistry). They were an influence on one of us too, though some years later than with Bryan.

In 1950 he went to the University of Manchester to read physics and to take a PGCE, returning briefly to teach in Lowestoft before working at the London Chest Hospital for two years as a hospital porter during his period of National Service. As Bryan entered science teaching, curriculum development in the US started with the launch of Sputnik and the programme produced by the Physical Science Study Committee.

In Britain the Physics for Grammar Schools report made suggestions of what needed to be done here and the Committee on the Teaching of Modern Physical Science was set up to develop apparatus and suggest methods of teaching. These, with Eric Rogers’ tome Physics for the Inquiring Mind, were the forerunners to the Nuffield Physics O-level Project. Bryan embraced the new ideas and, while working for Birmingham Local Education Authority, served in a very active manner on its Nuffield Physics Project Committee.

In 1964 Bryan was appointed to a lectureship in the Department of Education (later the School of Education) at the University of Leeds. During his time at Leeds he was a generous, courteous and imaginative scholar and an inspiring teacher, always ready to experiment and challenge conventional thinking. His students responded warmly to his evident love of physics and to his wise and sound advice about how the subject should be taught in ways that would enthuse others.

Characteristically, he spent his sabbatical year in the laboratory, exploring ways in which many of the experiments of classical physics might be turned to pedagogical advantage. One such experiment proved more than a little expensive on mercury! As befits a university teacher, Bryan was at the forefront of developments in physics education, making important contributions to its development and reserving gentle criticism for those he felt lacked a grasp of the realities of life in the school laboratory and classroom.

In 1970 the university established the Centre for Science Education (later the Centre for Studies in Science and Mathematics Education). A well-equipped physics laboratory was available for Initial Teacher Training (PGCE) and ln-service courses for practising teachers (mainly on O-level and A-level Nuffield Physics). Bryan contributed to both courses with enthusiasm, making those on the courses think critically about physics concepts and how to teach for understanding in an interesting way. At annual meetings of the Association of Department of Education Physics Tutors he always made important contributions. He was also involved in the Science Teacher Education Project of the 1970s.

He stuck to the view that physics must only be taught by graduates who had studied physics beyond A-level. Bryan retired from the university in 1996.

In 1973 Bryan produced a paper suggesting that the Association for Science Education (ASE) should take the initiative to develop and validate a qualification that ensured those who taught science were appropriately qualified to do so. Such became recognised as the Chartered Science Teacher.

He was very active in both the Institute of Physics (IOP) and the ASE, serving on a number of committees (e.g. chairman of IOP’s Education Group, member of IOP Yorkshire Branch Committee 1988-2001), and working parties, and report writing, as well as writing critical articles and letters for both Physics Education journal and School Science Review. Of particular note was Reflections on Physics 16-19 2001 (AD) (Physics Education, 1996), his personal reflections on the implications of changes proposed by the 200 recommendations in the 700-page Dearing review aimed at stimulating further discussion on the structure and content of the 16-19 physics curriculum for the next century. He was not impressed.

Bryan, as a teacher and teacher educator, left a legacy with those he taught. What could be more satisfying with such a career? Nothing. His award of the Bragg Medal and Prize in 1995 for distinguished contributions to the teaching of physics was very well deserved and in the honoured company of Eric Rogers who had previously received that award.

He died on 14 March 2018 at home in Ben Rhydding, Ilkley, following a short spell in hospital. He leaves his widow Christine of 60 years of marriage. They had four children: Huw, Rebecca, Rachel and Toby. There was no funeral as Bryan had donated his body to medical science. However, there was a celebration of his life and work attended by family, friends and former colleagues.