Professor Sir Michael Pepper, the physicist whose fundamental work has led to applied topics such as the development of a new way of detecting skin cancers, has been awarded the Institute of Physics Isaac Newton Medal and Prize - given for world-leading contributions to physics.

Sir Michael, Pender Chair on Nanoelectronics at University College London, has been awarded the IOP’s most prestigious medal for the creation of the field of semiconductor nanoelectronics and discovery of new quantum phenomena.

What that means in practice is that he has worked with and manipulated electrons in semiconductor nanostructures to discover how they then behave and interact, leading to new quantum phenomena, and has put this new knowledge into practice, imagining and realising scientific breakthroughs. 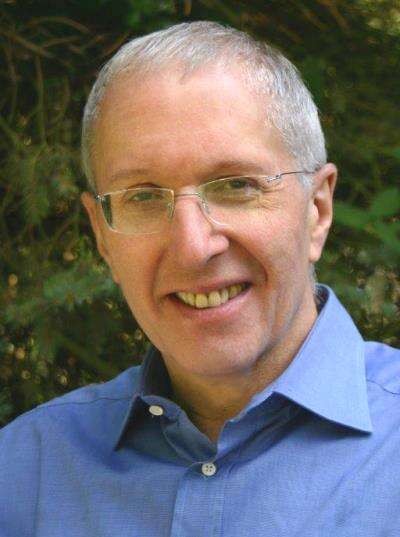 Many of the techniques which he developed, and associated results, are used by many other research groups and have revealed new and unsuspected quantum phenomena which may be important in the emerging quantum computation.

Sir Michael developed applications of semiconductor nanostructures by starting the Quantum Communications programme at Toshiba Research Europe, Cambridge, where he was the founding Managing Director, leading to controlled single and entangled photon devices. This has applications in highly secure transmission of information where the security is protected by the laws of quantum mechanics. He also set up a spin-out company, TeraView, to pioneer and develop applications of terahertz radiation.

Like X-rays, T-rays form part of the electromagnetic spectrum, sitting between infrared and microwaves. They can partially penetrate opaque materials such as wood, plastics and human tissue, but are absorbed by metals and water. They are extremely sensitive to interfaces and surfaces which means that they can reveal concealed objects and can distinguish different body tissues. Unlike X-rays though, they are harmless to humans and animals, making T-rays a useful and versatile diagnostic and exploratory tool that has been the focus of Sir Michael and his colleagues at TeraView.

By directing a source of terahertz radiation towards an object and converting the absorbed/transmitted wavelengths into 3D images, they have been able to reveal areas of tissue injury such as tooth decay better than X-rays and to differentiate between cancerous and normal tissues in skin cancer investigations.

T-rays can also be detected when they are being naturally emitted. This makes them useful as a means of detecting dangerous smuggled objects, such as explosives, from a safe distance and for locating weapons in homeland security systems.

Terahertz radiation technology has already also been used in the pharmaceutical industry to check the formulation and structural integrity of drugs which can ensure their safety even after they are packaged. Professor Sir Michael Pepper continues to push the frontiers of physics, discovering new effects that are important to our understanding of basic physics and for the development of new technologies.

“I am greatly honoured to receive this prestigious award from the IOP for work which is based on collaboration with many colleagues to whom I am greatly indebted.”

“Every year, I am reminded of the rich pool of exceptional talent we have in the UK and Ireland. On behalf of the Institute of Physics, I warmly congratulate all this year’s winners.

“As we move rapidly into an ever more technological era, it is so important to encourage, foster and support today’s and tomorrow’s scientists, science teachers and technicians.

"They enable us to live the comfortable, healthy, well-connected lives we have become accustomed to, and they explore new boundaries to enrich our knowledge of the world we inhabit.

“As well as rewarding personal achievement, our awards also celebrate the diversity of our physics community. We are proud that our professional community is comprised of so many sections of society. We will continue to encourage everyone to explore science and will strive to remove the barriers to learning that some encounter, so that everyone who wants to, can learn and enjoy science for as long as they wish.”

About the IOP awards

The Institute of Physics awards aim to build and reinforce a sense of community by recognising and rewarding excellence in individuals and teams who have made a contribution to physics in the UK and Ireland.

They recognise, celebrate and reflect the impact and applications of physics in everyday life, the breadth of the discipline in academia, industry and medicine, and its impact in extraordinary human achievements and include awards for technicians, school teachers, researchers at all career stages and levels of academic achievement, and from across the HEI spectrum.

The Isaac Newton Medal and Prize is for world-leading contributions to physics by an individual of any nationality. It attracts a prize of £1000 and is the only one of the IOP’s awards that is open to an international field.

Sir Michael was the first winner of the Institute’s Neville Mott Medal back in 2000, and was awarded its Guthrie (Gold) Medal in 1985, now renamed the Michael Faraday Medal.

This year 30 people will receive recognition in the IOP awards. The other 28 medals announced today include:

One further Bronze Early Career medal, the Jocelyn Bell Burnell medal, will be announced later in the year.

Out of the nominations for this year’s awards, 21% were for female physicists with 26% of the winners being female. Individuals or teams working at forty five distinct institutions across the nations and regions were nominated. Six of the nominations were submitted by IOP special interest group committees.

All award winners will be celebrated at the Institute’s annual Awards Dinner in November.

Details about all of the awards winners, including photos and citations, are available on the IOP website.