For her significant contributions to the IOP through a number of special interest groups and championing the medical physics discipline.

Dr Dimitra Darambara has been instrumental in the recognition of IOP as a force within physics as applied to medicine by raising the profile of medical physicists both internally and to the wider scientific community and society, and she has significantly impacted the activities of multiple groups within the IOP.

As former chair of the Medical Physics Group she recognised the need to build strong links between academia, the NHS and the healthcare industry. She has played a leading role in creating and coordinating a wide range of activities which truly reflect the modern and diverse make-up of the discipline. This has encouraged a greater commitment to delivering physics-based solutions to healthcare challenges and introducing them to the clinic, including initiating the translational science meetings as a popular annual fixture in the group calendar.

Darambara served as trustee on the Mayneord-Phillips Memorial Trust Board, acting as secretary and chair. She has been a member of the Policy Centre Healthcare & Biomedical Engineering Topic Group, RAE and represented medical physics and IOP on the Science Council’s ‘Science in Health’ Strategy Group. In 2018 she successfully proposed the creation of the IOP Peter Mansfield Medal and Prize to recognise distinguished contribution to medical physics. She remains a committed and active member of the group.

She is internationally recognised for her research, as reflected by her chairing the 2019 IEEE Medical Imaging Conference, the key international multidisciplinary medical imaging event of the year, further raising the profile of IOP in the field.

Darambara has passionately encouraged the participation, retention and recognition of the impact of women physicists. She held the chair of the Women in Physics Group (2000-2003) and represented IOP on the WISE National Coordinating Committee, as co-chair of the UK national delegation at the 1st IUPAP WIP conference (2002, Paris), and co-author of IUPAP/IOP Report ‘Women Physicists Speak’. Her work helped to consolidate the reputation of IOP internationally as a supporter of female physicists.

She is a founder member of the Higher Education Group and served as a committee member and newsletter editor. She represented the IOP at ESOF2014 and AAAS2017 – global events raising awareness of science in the general public – as an invited speaker. She is a member of the Science Policy Advisory Group and physics judge at the SET Educational Awards.

Darambara’s contribution to IOP is extensive and her leadership and innovation have made impactful contributions to IOP objectives. 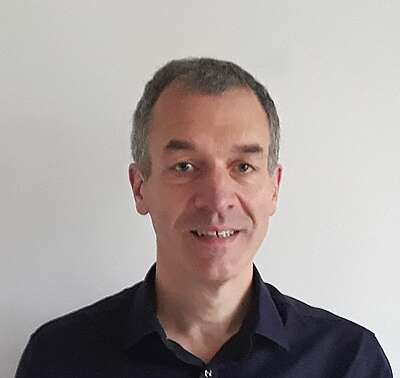 For his significant contributions to the IOP Biological Physics Group through building the community and inputting into policy.

Professor Jamie Hobbs chaired the IOP Biological Physics Group committee from 2014-2018, acted as secretary 2012-2014 and has been a member since 2008. His service as chair is especially valuable since he took over at short notice upon the sudden departure of Professor Paul O’Shea.

Hobbs has been responsible for innovations that have greatly enhanced the Biological Physics Group work. Perhaps most importantly, in 2014 he established the annual Tom Duke Memorial Lecture Series. This involves a series of UK lectures, specifically targeting physics departments without a strong biological physics presence. Recipients so far are Professor Martin Howard, Professor Andrew Turberfield and, for 2018, Dr Robert Endres. This both honours the outstanding contribution of Professor Duke, and promotes biological physics across the UK.

Hobbs has been involved in organising two major IOP Physics Meets Biology conferences, and has acted as a point of contact for the group for the major UK Biophysics IUPAB/EBSA conference in 2017 (~2000 participants). He also co-organised an IOP workshop on ‘Quantitative approaches to Antimicrobial Resistance’ in 2017.

In addition to his work for the Biological Physics Group, Jamie increased the external influence of IOP by co-leading the EPSRC ‘Understanding the Physics of Life’ Network Plus (PoLNet) which ran from 2012 to 2016. This network organised numerous events for established and early career researchers (many co-sponsored by IOP), and its success is evidenced by the funding by EPSRC of a successor network, ‘PolNet2’, for which Hobbs is on the steering committee.

Hobbs’ work for the Biological Physics Group and PoLNet have played a major role in defining the identity of the growing biological physics community in the UK – applying physics to answer biological questions. Because it is new and interdisciplinary this community is especially in need of efficient networking, advocacy and leadership. Hobbs has been and continues to be outstanding in this role. 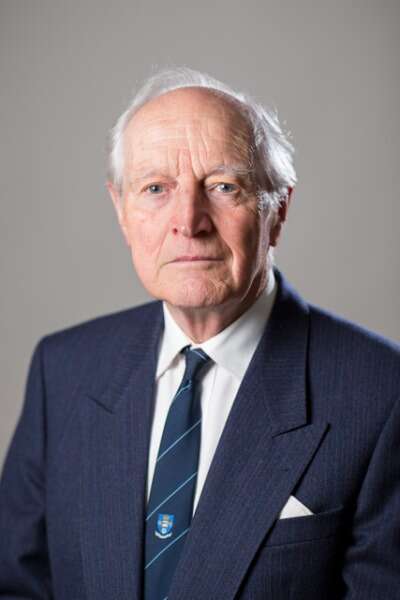 For his significant contributions to the Yorkshire branch committee and 45 years’ service organising branch lectures in Sheffield and involvement in national education group activities.

Dr John Williams joined the IOP Yorkshire branch committee 45 years ago in 1974. During that time Williams has served as honorary secretary and treasurer, vice-chair and chair and more recently as the Sheffield representative as well as representing IOP on the University of Sheffield Court.

Throughout these 45 years John has organised and hosted the Yorkshire branch lectures of IOP in Sheffield. These talks are open to both members of the University and the general public. They are typically attended by a wide spectrum ranging from members of other departments and other universities, members of local astronomical societies, local industrial scientists, school students and their teachers as well as members of the general public. The number of pupils who attend from local schools is always impressively large.

These lectures are designed to appeal to, and to be accessible to, people with a wide range of physics knowledge and cover topical and exciting subjects. Their success can be measured by the typical audience size which recently has averaged 100~150. At the lower size of ~100 it is likely that ~27,000 people have attended these lectures over the last 45 years. These lectures have consistently been the major physics IOP outreach activity in the South Yorkshire region.

Williams has also until recently organised the national annual schools physics lectures in Sheffield. These have been delivered by a series of acclaimed physics communicators on an annual basis throughout the UK. The lectures use demonstrations and interactivity to enthuse students and show how their classroom science relates to modern fields of physics. The free presentation takes the form of an illustrated lecture-demonstration that is designed to show school pupils contemporary developments in physics in an engaging and stimulating way.

These lectures regularly brought in 400 (the maximum allowed in the University's Firth Hall) school children and teachers from the areas around Sheffield. These lectures have been of an exceptional standard and attendees have appreciated the opportunity to visit a university and to be entertained by exciting physics.