Working with her Medical Physics colleagues at the University of Hull and the NHS Trust, Kiri will be using artificial intelligence and machine learning algorithms to develop safe and efficient radiographic analyses tools to help in the fight against cancer. She explains how despite struggling at school, feeling written off by her teachers and having a learning difficulty go undiagnosed for many years, she always knew physics was the path for her. 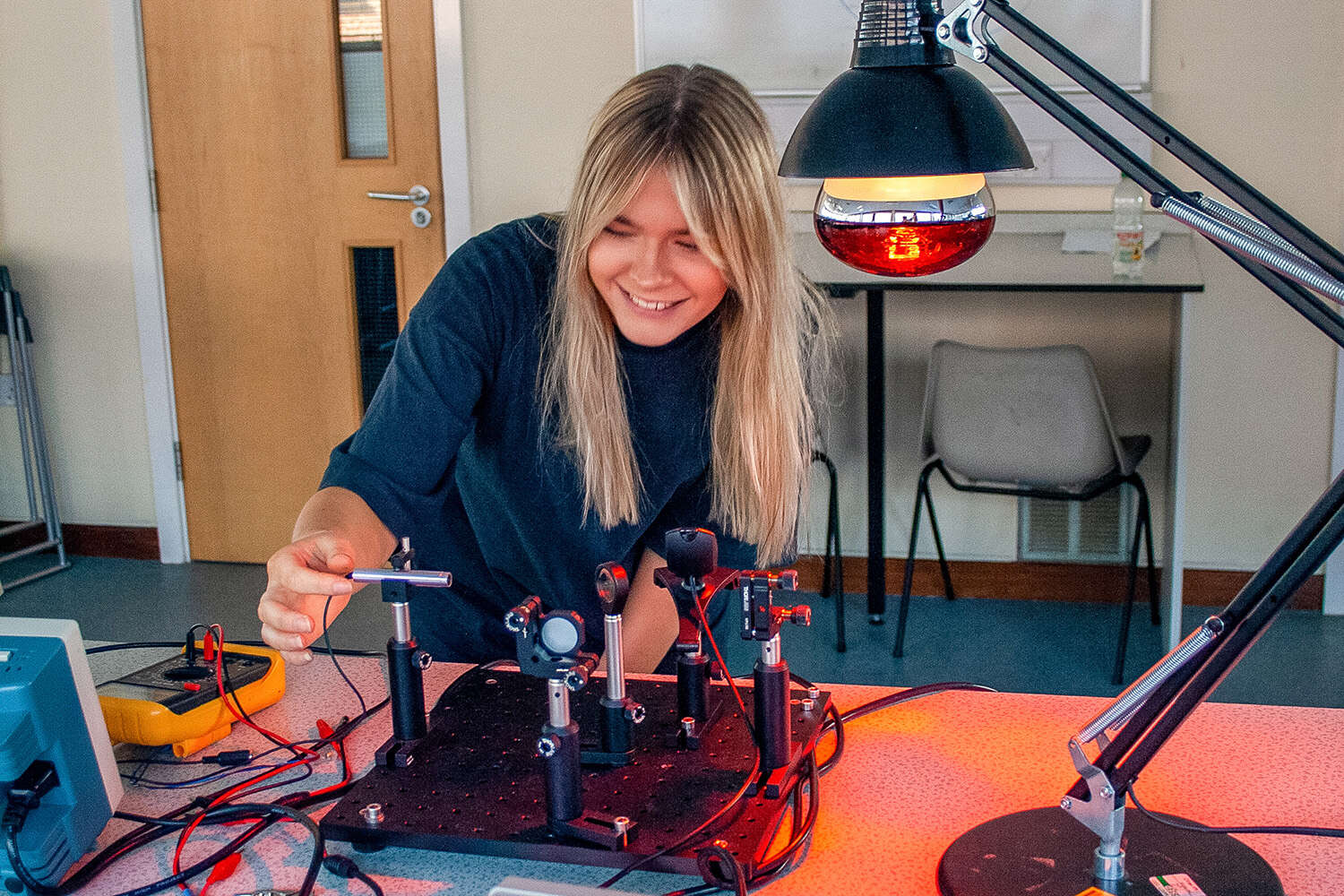 "I just never thought I'd get to this position, where I'd be able to do a PhD and have it funded. Someone looked at the ideas that we had, and my background, and still wanted to fund me and give me a scholarship. It's just mad."

Tell us about your work – and what drives you
If you’re a cancer patient, when you go in for new treatment they have to do a CT scan, to check your body hasn’t changed, that it still matches the original treatment plan. So, for example, a lot of people lose weight, as I saw when my Granddad had cancer. This often leads to anatomical changes, with organs moving slightly from the original scan. So, every time you go, they have to make sure everything lines up, so they don’t target any healthy cells.

A person has to look at the scan and make that decision very quickly and it puts a lot of pressure onto NHS staff. If you need to change the plan, it has to go through detailed quality control processes to ensure the change is robust and safe and this slows everything down, for the patient and the staff.

My project is about developing an evidential machine learning approach – programming a computer to read the imaging sets and then decide whether you need to change the treatment plan and make those changes, all while the patient is still on the bed. I’ve teamed up with the NHS near my university, and with the university themselves.

What drew you to this area of physics?
A few of my family members had cancer when I was growing up, so from quite an early age I wanted to do something about it. I really enjoyed science at school and, as I learnt more, I got into the radiation side of physics. Originally, I wanted to become a radiographer but then I found that if I went through the physics route, I could become a medical physicist. I wanted to do research that would actually be used on the public, that would help save lives.

It would be extraordinary to know that something I've done could potentially save lives. And if you take a bit of pressure off the NHS, they can treat more people.

What does winning the scholarship mean to you – and what difference will it make?
I definitely wouldn't have been able to do a PhD without help – and I just never thought I'd get to this position, where I'd be able to do a PhD and have it funded. Someone looked at the ideas that we had, and my background, and still wanted to fund me and give me a scholarship. It's just mad.

What challenges have you faced to get to this point?
I come from quite a low-income family. We grew up in a council house that I still live in. I just assumed that I'd have to end up in a job where I'd also not get paid very much.

When I went to university, people would say “My dad's a physicist, my mum's a chemist, my granddad went to uni” and I just didn’t know what to say. I'm the only person in my whole, extended family who has ever gone to university. Being the first person, I didn't have someone to give me advice on how things work, to tell me how hard it is living away from home.

At school, all the male teachers told me I’d never get the grades to go to college or sixth form. You had to do a test to take triple science, and I passed it, but I didn't do very well at in-class tests, and they'd say “Maybe you should drop down and just do single science.” But if you do that, you can't do science at college, so I’d say “No, trust me, it'll be fine.”

I put in five times the amount of work that I think anyone else had to do to just get GCSEs and I ended up with pretty much all As. Suddenly my teachers were like, “Come and do my class” and I was like, “I think I'm just going to carry on with what I want to do, seeing as you all told me that I couldn't!”

I found out in the first year of university that I have dyspraxia, which is a learning difficulty. My school never picked up on why I was always so behind, why I had to put in more effort than other people to get the same grades. When I came to university they paid to get me tested, which has made a big difference.

I didn't do the full maths A-level, which meant I couldn't start at the first year of university – I had to do a foundation year. It was quite good because it gave me that year to come to terms with how things worked, what I was meant to do there, what it was like living away from home. For every year since that I've been at university I've managed to achieve a first.

Every time I'm about to get a result I think I've failed and then I get it back and I haven’t. Last year I got an award for one of the highest grades in the year and that pushed me a bit further, into looking into a Master’s or a PhD.

What would you say to someone thinking about applying for the Fund?
Prove people wrong. Prove to them you can do so much better than what they think – because you can. If you just put your mind to it, you can do anything you want to, whether it's physics or anything really. Even if you don't see anyone who has a similar background to you, just ignore it. Just keep trying no matter what. There are different paths for people in different situations and if you just take your time and look into it, there will be a way for you if you want to progress in physics.