Katarina Mamic’s work with infrared detectors at Lancaster University could improve life for millions of people with diabetes around the world. She tells us about her journey into physics, the additional challenges students from low-income families face and why we urgently need more women in science. 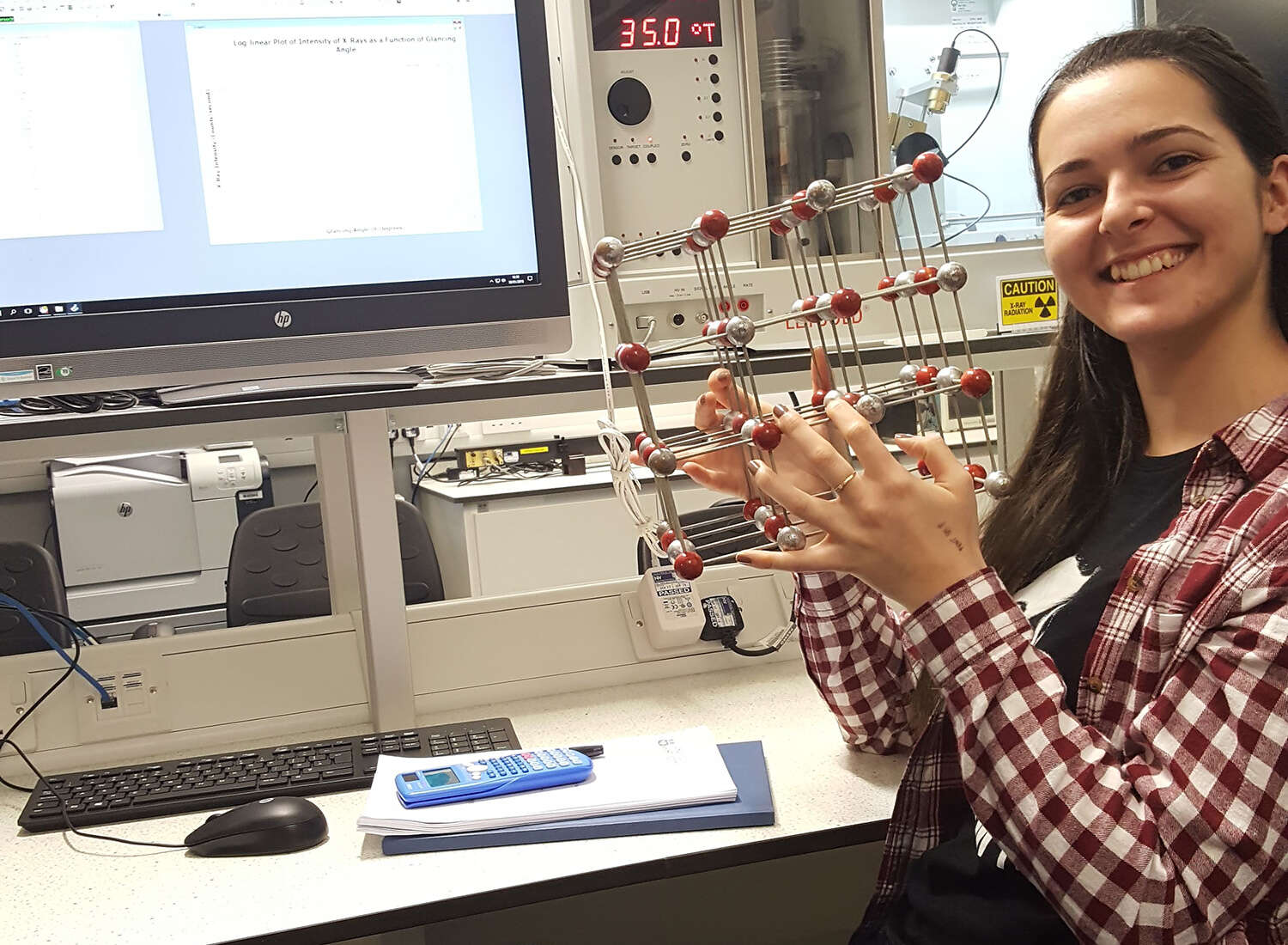 "This happened at just the right time, when I was afraid and I wasn't sure how I was going to keep going. And then I won this scholarship and I was like ok, I can do this."

Tell us about your work – and what drives you
I work predominantly on infrared detectors – semiconductor devices. We’re trying to build something that can detect different wavelengths of light and tell you someone’s blood sugar level, so that we can help people with diabetes. There are millions of diabetic people around the globe and currently to measure blood sugar you have to prick your finger. We're working on an infrared detector that can do it non-invasively, without ever breaking the skin.

There are so many areas of physics and I find most of it very interesting, but I knew that I wanted to work on something that would help people and have an impact. When this project presented itself I knew it was what I was looking for. It's a weird feeling knowing that I'm working on something that might benefit millions of people – all because of physics.

What did you journey into physics involve?
I was always very curious – I was curious about physics before I knew what physics was. I'd ask these silly questions about the world around us, and in high school physics finally answered some of those questions. It really does have an answer to everything!

I knew I wanted to leave Croatia because there aren't many opportunities there, especially as far as physics goes, and I chose the UK because it has some of the best universities in the world and is a lot more inclusive environment.

I did a straight physics bachelor’s, which highlights that I really had no idea which area of physics I was interested in! It meant I did a little bit of everything – space and astronomy, particle physics and so on – but I felt a lot of those were quite conceptual and I needed something hands-on, that I could see and touch. I started working in labs and it was fun because I got to actually use my hands.

Then we had these internships offered in my department two summers ago. I was reading through them and that was when I found one with my current supervisor, developing semiconductor devices. My supervisor suggested this PhD – and here I am.

What does winning the scholarship mean to you – and what difference will it make?
It makes all the difference in the world! I'm supporting myself, there is no one else helping me financially in any way, and because I'm a non-UK student I'm not eligible for any maintenance loans. So I had to work a lot throughout my undergraduate degree.

When I moved to the UK I needed a work permit, but it took a few months to arrive, so I couldn’t work and I burnt through my savings. As soon as I got that certificate the first job I found was at a restaurant earning minimum wage, which wasn't enough to cover my rent, let alone my life expenses. I quickly switched to a new a job at Primark, where I worked there 20-30 hours a week just to get by, and in the holidays I worked full time. It was tough.

Getting this scholarship means I can finally focus fully on this incredible project that I have and give it my all. It's funny because this happened at just the right time, when I was afraid and I wasn't sure how I was going to keep going. And then I won this scholarship and I was like ok, I can do this.

What is it like being a woman in physics? What challenges have you faced?
As a woman I was never encouraged to follow this path – quite often people would actively discourage me from pursuing physics. You always had to be the one to stand up and say "Hey, listen to me, I want to do this, so help me." You have to know that you want to do physics to get the help and support you need. It was something I had to discover on my own because there weren't many examples around me.

For me the biggest problem was my financial situation. I know the UK wants to think that everyone has the same opportunities, but the truth is if you're not upper middle class and preferably a white male it will be very hard for you to get to where I am now. If you don't have the money people just don't understand how difficult it is to get to a good university, to be able to support yourself, to cover your rent and everything you need for life.

For someone from my kind of background, and I don't just mean a woman and from an eastern European country, but mostly from a single parent family that's financially struggling, it was so difficult to get from where I was four years ago to where I am today. And it makes me sad because I know there must be so many other people in a similar situation who will never reach this point because they just didn't have the money for it. I'm very lucky to be here.

Imagine how many different experiences you could bring in and how many different ways of thinking. Think about how many brilliant scientists we've lost because all these women didn't even think science was an option for them. Think about all that could have been achieved and how much we could have pushed humanity forward if we were just encouraged to do the thing that we're good at and that we're passionate about.