Commenting on the announcement of the Nobel Prize for Physics, Professor Paul Hardaker, CEO at the Institute of Physics, said:

“I would like to add my sincere congratulations to the three new Physics Nobel laureates.

"When I was at school the only planets we knew about were in our own solar system. Now we have found several thousand and this is increasing every time we look. That is hugely exciting in terms of our understanding of star systems and of finding life in other parts of the universe. Our wider understanding of the large scale structure of the universe has also made great progress and it is a real delight that these two fields of cosmology, and particularly the contribution of the three prize-winners, have been recognised this year.

“Jim Peebles has been a pioneer in quantitative cosmology, making major advances in explaining the very early universe and the later growth of structures within it. Much of our understanding and analysis of the large scale structure of the universe has built on his work and his textbook, Physical Cosmology, is at the heart of modern studies.

“Michel Mayor and Didier Queloz discovered the first planet in orbit around a main-sequence (Sun-like) star, kick-starting the now burgeoning field of exoplanetary science, and underpinning the modern quest to discover life beyond our Solar System. They developed the precision radial velocity technique, enabling scientists to discover new planets by observing the gravitational pull on their parent star. Since that first discovery of the existence of 51 Pegasi b, thousands more exoplanets are now known to be part of our universe.” 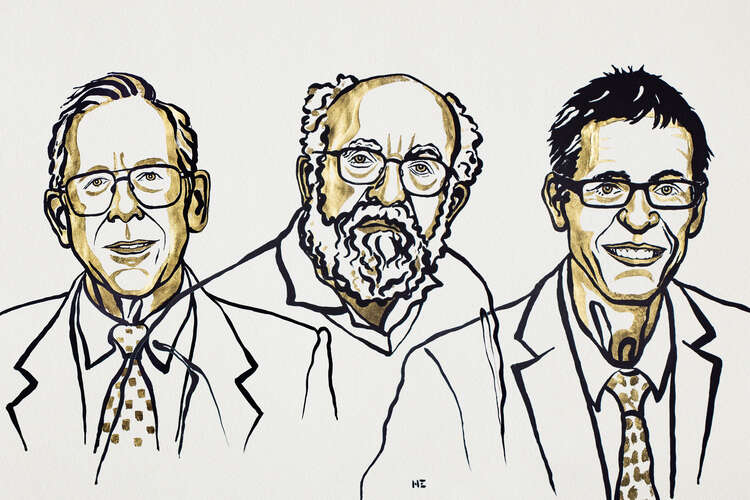