IOP at Science and the Assembly 2019

This week’s Science and the Assembly event in Cardiff (4 June 2019) once again brought together scientists, politicians and science educators from schools colleges and HEIs, to share experiences, good practice and recommendations for teaching and curriculum development.

Delivering a talk entitled Integrating practise into the physics curriculum as part of a panel session on Curriculum Reform, IOP Head of Education Charles Tracy highlighted the importance of retaining the distinct identity of physics within a science curriculum. Stressing the need to develop students’ disciplinary knowledge (as well as substantive knowledge), he underlined the value of equipping students with a high value set of lifelong transferrable skills that include thinking and reasoning, modelling, solving problems and the procedural knowledge to carry out practical work.

Now in its sixteenth year, the event was hosted in the remarkable, and sustainably created, Welsh Senedd building. Organised by the Royal Society of Chemistry it aims to promote close relations between scientists and the National Assembly and the Welsh Government. This year’s theme was Education and Skills.

The day also included the inaugural Future Generations Science Lecture. This new lecture is for school-aged children, and is intended to engage and inspire them about science and the possibilities it holds for their futures. The first in the series, From Black Holes to Brains - inspiring the future scientists of Wales, was presented by Dr Wendy Sadler (MBE), Director and Founder of Science Made Simple and Professor Derek Jones (MBE), Director of the Cardiff University Brain Research Imaging Centre (CUBRIC). As part of the presentation, an audience of 11-14 year olds watched 2019 A CUBRIC ODYSSEY, a short film that follows the journey of an 11 year old girl through CUBRIC and into an MRI scanner for a view of how the wires connecting the inner space of her brain move and interact. The film was later described on Twitter as ‘the coolest thing on the internet’, as both presenters received huge accolades from their followers and fans. 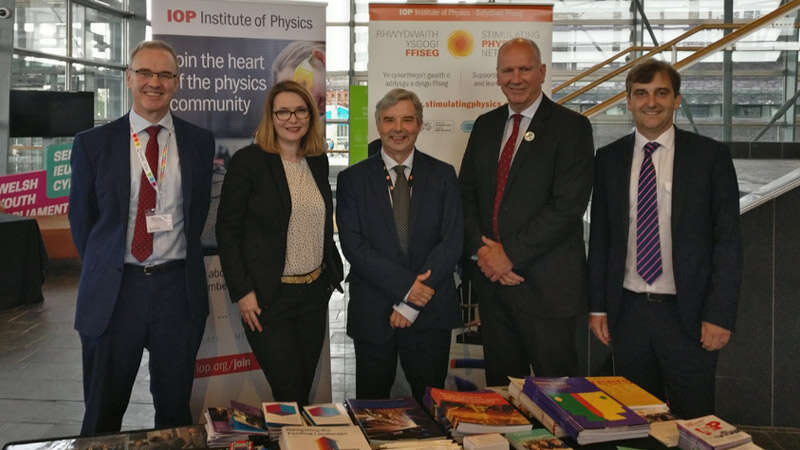