To infinity and beyond: Space System Engineer

At the European Space Agency, José has trained astronauts and worked on the deployment of the Galileo constellation of satellites. Today, he’s working at the cutting edge of quantum communications. 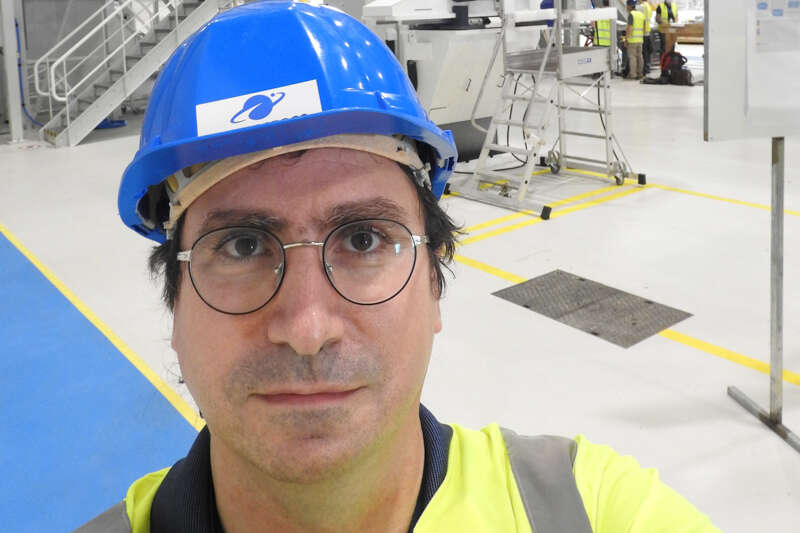 "You don't have to study astrophysics to work in space. What you do need is the foundations that physics gives you in understanding how things work and how you process information."

How did you get to where you are today?
I barely scraped a pass in my physics degree! But while I was doing my research, I found a job allocation to work at the European Southern Observatory as a software engineer. I also joined a student society that taught business and presentation skills along with public outreach. At the same time, I learnt around the course subjects and taught myself new software languages – so I picked up a lot of secondary skills. If anything, that background and the transferable skills were even more valuable than the degree itself.

At the European Southern Observatory, I wrote simulators for the largest telescopes on the planet. The next role was writing software for a 3D visualisation tool for spacecraft monitoring. It took the telemetry of a spacecraft and allowed operators to see its position and altitude in real-time.

I moved to the Netherlands as a contractor supporting the development and deployment of the European Robotic Arm on the International Space Station. I’ve been at the European Space Agency (ESA) ever since. At ESA I have been involved in a wide range of projects. I've helped to train astronauts and cosmonauts and even helped to deploy Europe's satellite navigation constellation Galileo.

What was it about space that excited you as a child?
The first film I remember seeing in the cinema was Star Wars. Growing up with that and Star Trek on the TV, my interest in space became a vocation. I just knew that I wanted to work in the space industry.

One of the obstacles I faced is best expressed by what happened to me when I was around 11 or 12. I went to the town library and asked the librarian if there were any books on astrophysics, as I wanted to understand a bit more about it. They said to me, it's not a real subject, go and check out the science fiction area. I was so upset! I hope that doesn't still happen now.

At school, I thought working in the space industry wasn’t going to be possible, so I chose physics and studied it at university because I thought the skillsets I’d pick up would be transferable. I was right!

What does your day-to-day involve?
What I do is very broad, so my day-to-day can involve system engineering, simulations, launch operations, quantum computing, satellite navigation, cyber security – to name a few. At the moment, I'm helping space start-ups in Luxembourg and I’m involved in the system engineering of some of the future quantum communication projects for Europe.

It's like any job – most days you’re focused on the next problem to solve. It's only when you're at a social gathering and someone asks you what you do that you remember how interesting your job is!

What do you enjoy most about your job?
The joy is in the challenges and realising that you can bring something to the table. Just because you're not the smartest person in the room doesn't mean you shouldn’t ask questions. Asking simple questions as a system engineer can be very helpful. I say, I'm a bit thick – can you explain it to me? When they try to explain it, that’s often when people realise they've missed a fundamental concept or design element.

I love solving problems and puzzles. As a physicist, you like to solve equations, but while you may get further away from the equations as your career progresses, the mindset of thinking about and analysing how things work remains – and you can translate that to so many other fields.

The other thing about working where I do is that there are 5,000 other people like me. I can be a bit introverted and that's ok. You can spend your life feeling like you don't fit in anywhere, then suddenly you join the European Space Agency and you realise that you're normal.

What would you say to a young person considering studying physics beyond the age of 16?
You don't have to study astrophysics to work in space. What you do need is the foundations that physics gives you in understanding how things work and how you process information. If you take a general physics degree you're keeping your options open for as long as possible until your first job.

Space is more accessible now. When I was young, it wasn't so obvious how space invades all our lives. When the alarm on your mobile phone goes off, your clock is probably synchronised to the GPS in the Galileo satellite. If you check the weather forecast that comes from a satellite too. If you use a Teflon pan to cook your breakfast or WD40 on your bike, you're using space technology.

It's all so much more visible – and there are space entrepreneurs now. Space technology is no longer the preserve of governments.

If you really have a passion for space, go for it. You will have setbacks, but the setbacks will make you stronger, or send you in a direction you never expected. I wanted to be an astrophysicist, but now I'm a systems engineer working on some very exciting space projects – and I love what I do.