Higgs boson and the history of the universe

In the 1960s the idea of a new particle was proposed. In 2012, observations at the Large Hadron Collider provided evidence to support its existence. We take a look at the history of the Higgs bosun and what the discovery means for the universe.

What is the Higgs boson?

Elementary particles get their mass from a fundamental field linked to the Higgs boson.

CERN is home to the Large Hadron Collider. The world’s largest accelerator boosts the energy of particles.

Higgs boson and the universe

In 2013, the Nobel Prize in Physics was awarded jointly to François Englert and Peter Higgs for their initial theory, made independently in 1964, on how particles acquire mass (Englert carried out his work with his now-deceased colleague, Robert Brout).

The Royal Swedish Academy of Sciences awarded the prize:

“For the theoretical discovery of a mechanism that contributes to our understanding of the origin of mass of subatomic particles, and which recently was confirmed through the discovery of the predicted fundamental particle, by the ATLAS and CMS experiments at CERN's Large Hadron Collider.” 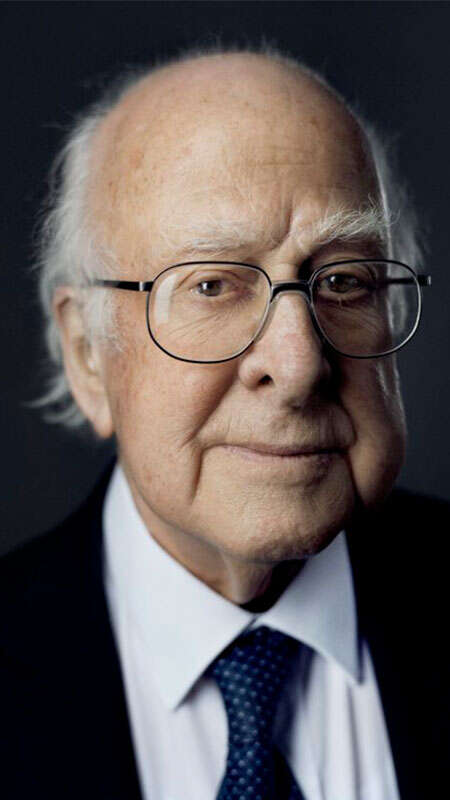 Peter Higgs who shared the Nobel Prize with François Englert for their work on the mass of subatomic particles. Photo: A. Mahmoud. © Nobel Media AB.

Three physicists found that the electromagnetic and weak forces are different manifestations of a single phenomenon. The scientists are:

At an energy of around 100 GeV, the forces unify into what is known as the electroweak force. It was not understood, however, why the photon is massless and the W and Z particles are massive. The Higgs mechanism was proposed by Peter Higgs and others to explain this.

In the Standard Model, quantum numbers like electric charge are dependent on 'coupling' to the appropriate field. In this case it is the electromagnetic field.

The Higgs mechanism introduced the idea of the Higgs field. Particles that couple to this field gain a mass, while those that don’t couple to it remain massless.

There are also some versions of the Higgs mechanism in which there is a field but no particle.