*Space-time is the four-dimensional universe that includes time as well as the three spatial dimensions we are used to. 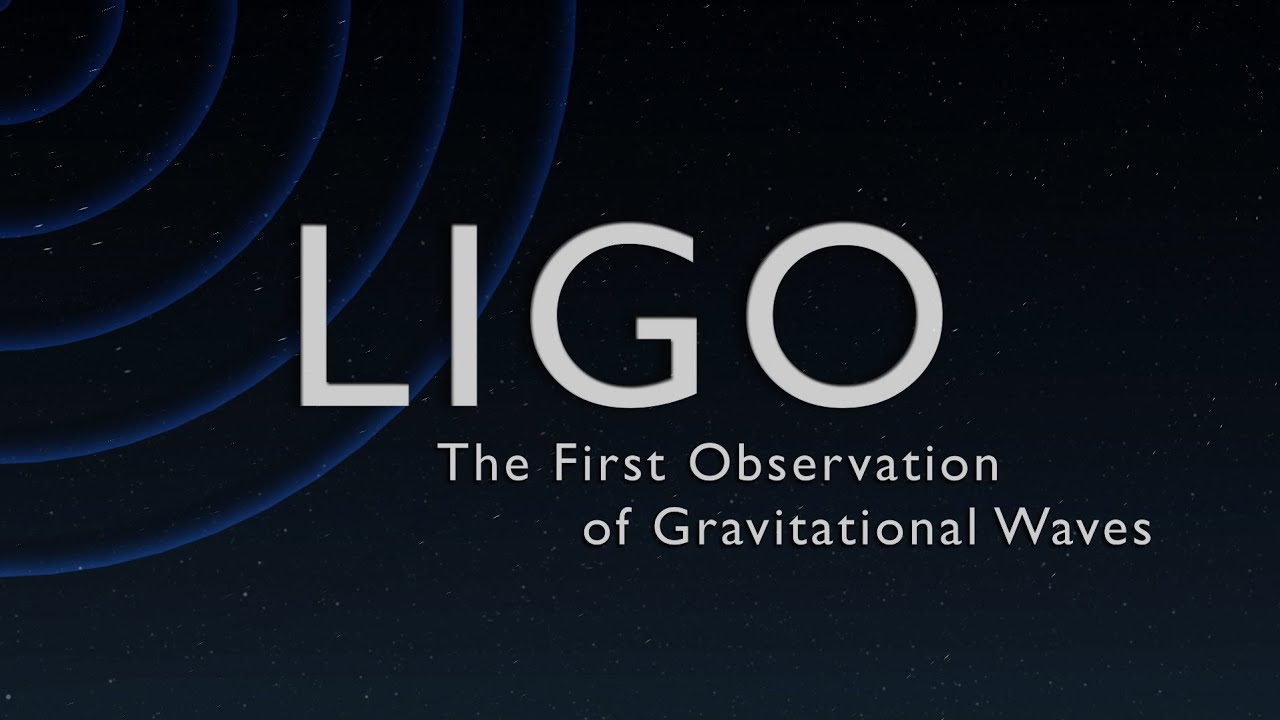 What are gravitational waves?

Isaac Newton recorded one of the first theories about gravity in his famous Law of Universal Gravitation. This law states that every object with mass – from the famous apple falling from a tree to the Moon orbiting the Earth – has its own gravitational field, which interacts with the gravitational fields of every other object in the universe.

There is nothing, however, that describes how the effects of gravity are transferred from one place to another. In fact, according to this law, if we move one of the objects to a different point in space, then the other mass “knows” and reacts instantly over any distance (meaning that this “information” is travelling faster than the speed of light). These problems couldn’t be explained until Einstein’s Theory of General Relativity, hundreds of years later.

Gravity is one of the four fundamental forces of nature (along with electromagnetic, weak and strong nuclear forces). In general relativity, it is described as the way in which matter perceives distortions in space-time. In the words of the eminent theoretical physicist, John Wheeler: “mass/objects tell(s) space-time how to curve, and space-time tells mass how to move”.

As matter moves, it changes the curvature of the space-time in the form of waves. These disruptions spread out across the universe like ripples across a pond, travelling at the speed of light. However, because gravity is the weakest of the fundamental forces and space-time is very stiff, gravitational waves are incredibly small. Whilst any object with mass that accelerates produces gravitational waves (including humans and apples, and the Moon), the gravitational waves made by us here on Earth are much too small to detect.

Our current level of sensitivity only allows us to observe the gravitational waves generated by massive astronomical objects, accelerating extremely quickly. Even the most energetic events known to astronomy – such as two orbiting black holes about to collide into one another – create gravitational waves that move our detectors on Earth by an amount 1000 times smaller than the size of a proton.

Events that are sufficiently powerful to create measurable waves are rare, and are scattered across the universe, potentially billions of lightyears away. So, how can we detect waves which are so small, from such a great distance, that have so much to tell us about the universe?

How can we detect gravitational waves?

These minute changes are detected using a piece of equipment called an interferometer. This instrument works by splitting and recombining a beam of light and creating a pattern (called an interference pattern) that can be studied and analysed. In this case, the patterns can reveal information about gravitational waves. 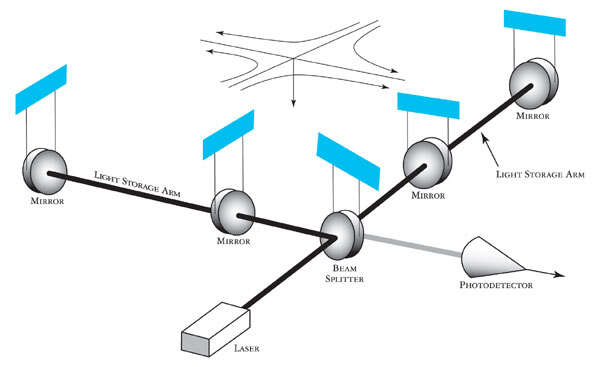 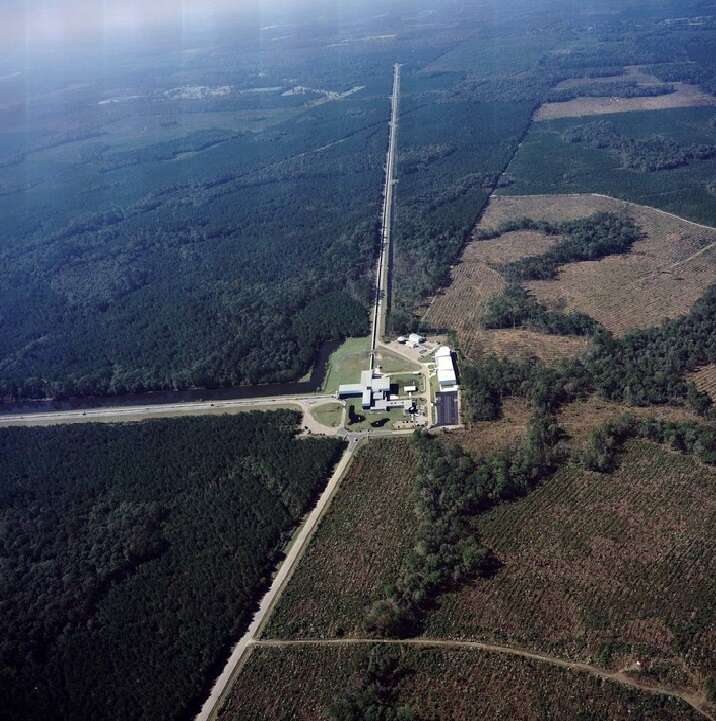 The science behind wave detectors

Gravitational wave detectors consist of two right-angled ‘arms’ of several kms length in an “L” shape, with a mirror at each end. Here’s how they work:

Noise, such as physical vibrations from the environment (from cars driving on nearby roads to waves crashing on distant ocean shores), fluctuations within the laser itself, even molecules crossing the path of the laser could hamper LIGO's efforts to make its sensitive detections. Keeping this noise at bay creates many engineering challenges:

With a third detector we can use the difference in signal arrival time across the three sites to triangulate where the source comes from. In fact, located across the world is an even bigger network of detectors, working together, in the effort to pinpoint where a gravitational wave has come from in the cosmos.

This network comprises two LIGO detectors in Washington and Louisiana in the USA, Virgo in Italy, GEO 600 in Germany and KAGRA in Japan.

By tapping into this new source of information about the universe, gravitational wave astronomy might be able to solve some of the biggest puzzles in physics, including: how black holes form, how matter acts in extreme conditions, illuminating the nature of dark matter, and looking at the beginning of the universe long before light existed.