Physicists have discovered many things that are invisible to us: radio waves, X-rays and radioactive decay.

Up on the roof of the Institute of Physics building is a device for detecting another type of radiation that is invisible to the eye: cosmic rays. The detector was built by students from a local college. 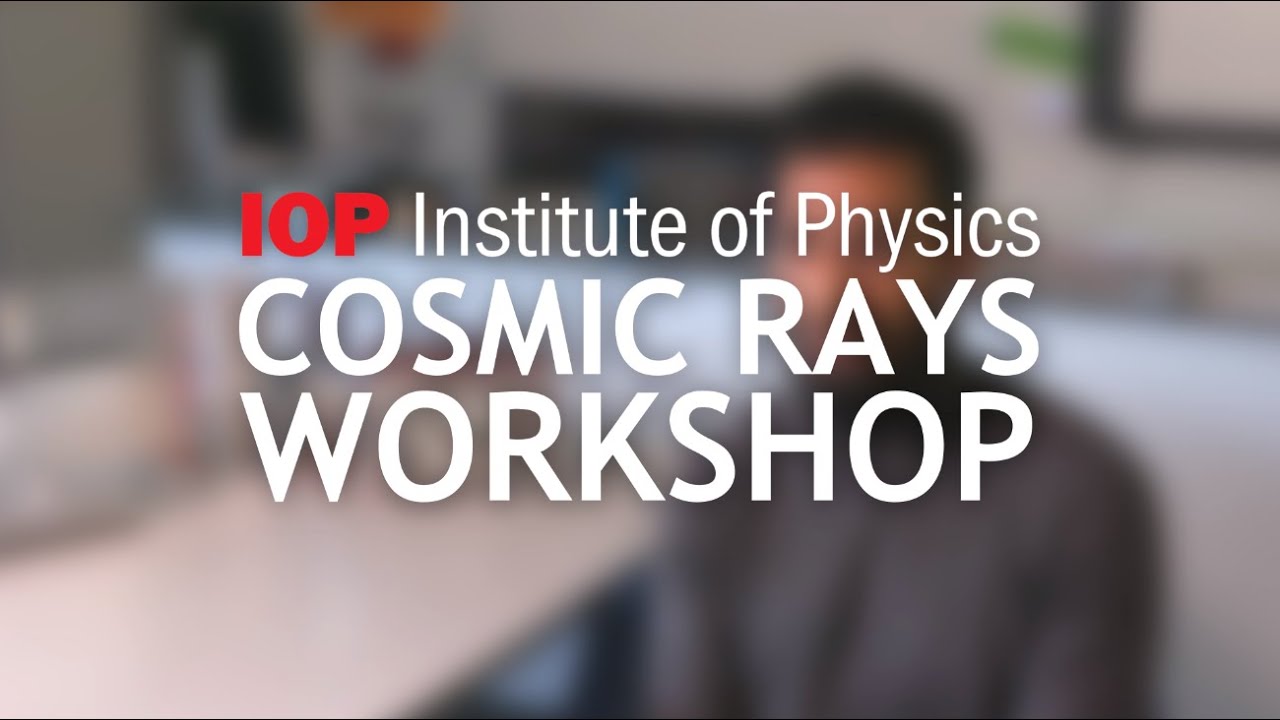 Cosmic rays are high-energy particles which arrive from space to the outer layer of the Earth’s atmosphere, i.e. from stars, from supernovae explosions of stars and from sources which are currently unknown to us.

These high-energy particles, also called primary particles, do not reach ground level because they collide with air molecules high up in the atmosphere. Their collisions result in a shower of lower-energy particles, some of which reach the ground and can be detected.

Cosmic rays are charged particles, mostly protons or other small atomic nuclei, moving at speeds close to the speed of light. It is amazing to think that a single cosmic ray may have been travelling across space for millions of years before it reached the Earth. 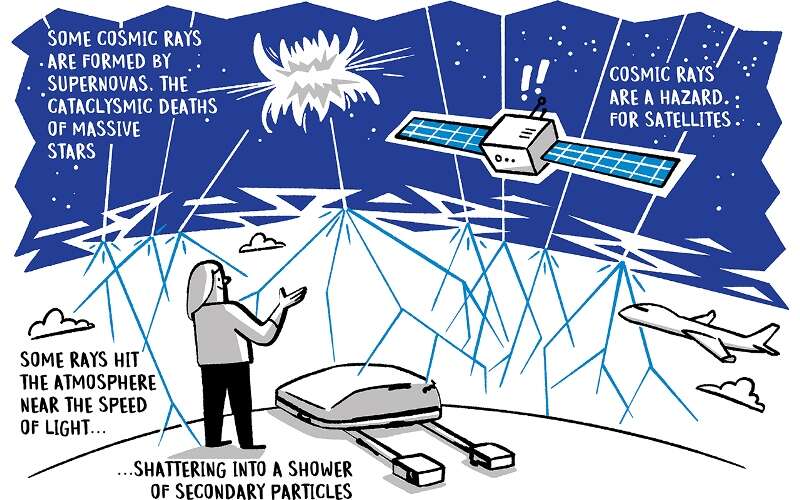 The Earth’s atmosphere has a low density but is dense enough to allow air molecules to collide with cosmic rays, creating energy and secondary particles in the process.

To understand the nature of cosmic rays, we detect the particles that are created in the shower and are able to make it down to the Earth’s surface; these are mainly muons. We detect muons using a muon detector. So what exactly is a muon detector?

At the heart of the HiSPARC detector are two plastic plates, the scintillator plates. Each is housed in a separate light-tight box and the boxes are positioned several metres apart. The scintillator plate contains molecules of a substance which emit a tiny flash of light when they are hit by a high-energy particle.

These flashes of light are guided to the photomultiplier tubes (PMTs), one for each plate, through a series of total internal reflections within the scintillator material. The PMTs convert each flash of light into an electric current. If both PMTs give a current at the same time, we know that a shower of particles has passed through both scintillator plates.

Two scintillator plates are used to make sure background radiation from the environment is filtered out of the results. The system of the two PMTs is connected to a digital box (HiSPARC box) which sets the voltage of the detector and digitises the signal. A computer, connected to the HiSPARC box, stores the data coming from the detector and links the data to the exact timing of the event using a time signal obtained from a GPS receiver. 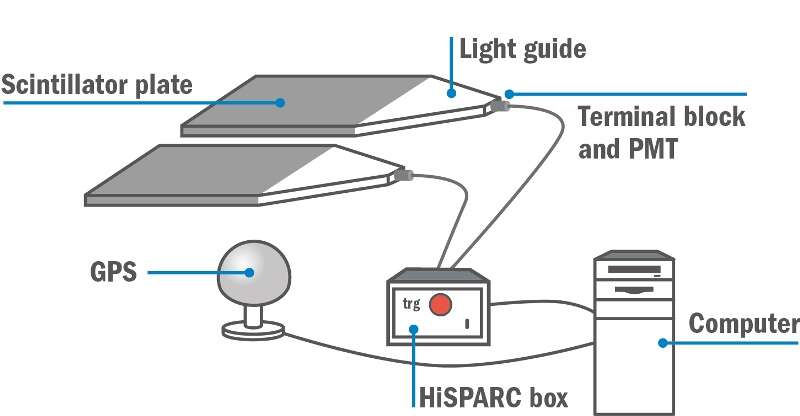 There are many HiSPARC detectors located in the UK, the Netherlands and other Western European countries. Every night, the data from all these sites are fed to a server in Nikhef, the Dutch National Institute for Subatomic Physics.

Within 24 hours anyone can go to the HiSPARC website, download the data from any detector and start to explore the science of cosmic rays. By comparing the signals from a group of local detectors we can detect larger showers which affect more than one site, which allows us to work out the direction that the shower has come from and the energy of the primary particle.

Almost all HiSPARC detectors are located in schools and universities and the network is constantly growing. The HiSPARC detector on the roof of the Institute of Physics building will allow the IOP to engage with local schools in the borough of Islington and in the Republic of Ireland and participate in cutting-edge cosmic ray research.