A cloud chamber is a good way to show up the radiation which is present in our environment. 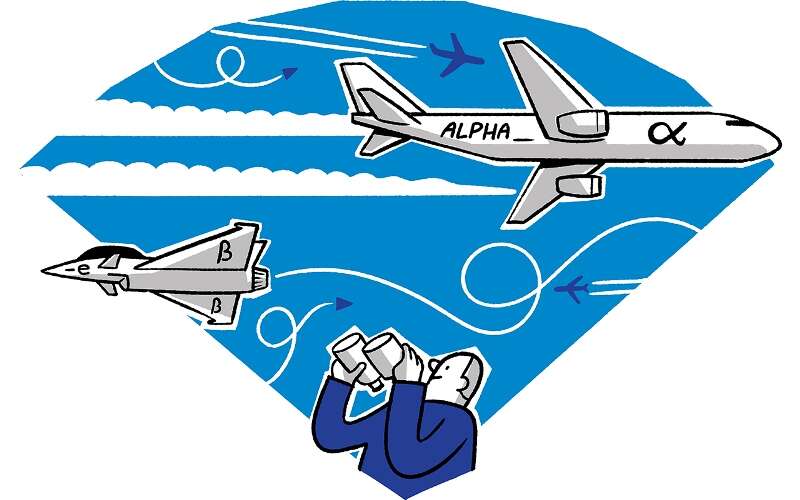 There’s invisible radiation all around us. Until 1896, no one knew it existed. But then Henri Becquerel discovered that rocks containing uranium produced rays that blackened photographic paper.

Now we know that many substances are radioactive – they give out particles which travel through the air until they are absorbed, either by the air itself or by some other material that blocks their path.

A cloud chamber is a good way to show up the radiation which is present in our environment. This is called background radiation.

What do you see in a cloud chamber?

Looking into a cloud chamber you see the tracks of electrically charged particles as they pass through the chamber.

The space inside the chamber is filled with alcohol vapour and, as a particle passes through, tiny droplets of alcohol form, showing up its track. It’s a bit like the vapour trails you see when a jet aircraft flies through the high, cold atmosphere.

Where does this radiation come from?

The charged particles which produce tracks in a cloud chamber are alpha and beta particles (from radioactive atoms), and protons and muons (from space).

Alpha and beta particles come from radioactive materials in our environment:

And, because we human beings are made of materials from our environment which we have taken in as our food and drink, we too are slightly radioactive.

What’s in a cloud chamber?

At the bottom of the chamber is a metal plate cooled to about -35°C. You can see a thin film of liquid alcohol on top of it.

At the top of the chamber is a glass plate with fine heating wires. Alcohol is evaporated from this plate at a temperature of about 50°C.

In this way the chamber is filled with alcohol vapour; warmer at the top than the bottom.

When a particle passes through the region where the vapour is coldest it causes condensation. The small droplets of alcohol show where the particle has passed through.

You can tell from the irregular particle tracks that they lose energy as they interact with air molecules. The straightest tracks are from the fastest, most energetic particles.