Once the preserve of science-fiction films, we now live in an age where you can control a computer using gestures alone. But how can a computer 'see' where you are and what you’re doing? And how does it then convert that movement into a response? How can we look deeper and use this sort of technology for healthcare, sports and the arts?

As you enter the Institute of Physics building there’s a big screen to greet you. As you get closer, the image on the screen changes. How does it know you are there?

Above the screen is a 3D camera. It uses an infra-red beam to detect objects in front of it. The beam emerges from the projector on the front of the camera.

The infra-red beam is produced by a very low power laser that’s not harmful to people. The beam spreads out into the area in front of the camera. There is a sensor on the camera that can then pick up the infra-red radiation reflected by objects, including people.

The camera can work out how far away an object is because the longer it takes for the reflections to return to the camera, the farther away the object must be.

In this way the camera can build up a 3D image of the scene in front of it. This isn’t really an image you can look at; it’s simply a big data file that a computer can use to work out what the camera is looking at. 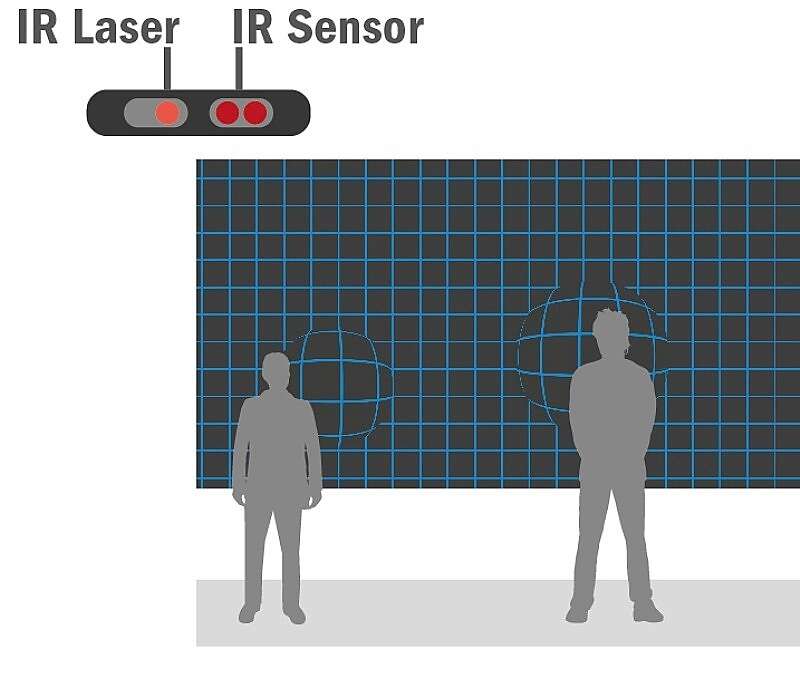 So how does the 3D information gathered from the camera change what you see on the screen?

The 3D camera is connected to a computer via a ‘natural interface’. This is the sort of software that is used in computers designed to respond to people’s voices or hand gestures.

The computer uses the camera’s data to work out where a person is in front of the screen – how close they are, how tall they are, and how they are moving. It works out which part of the screen they are close to and makes the image there on the screen change in response to that person.

Motion capture is a rapidly developing field and is already finding many uses: 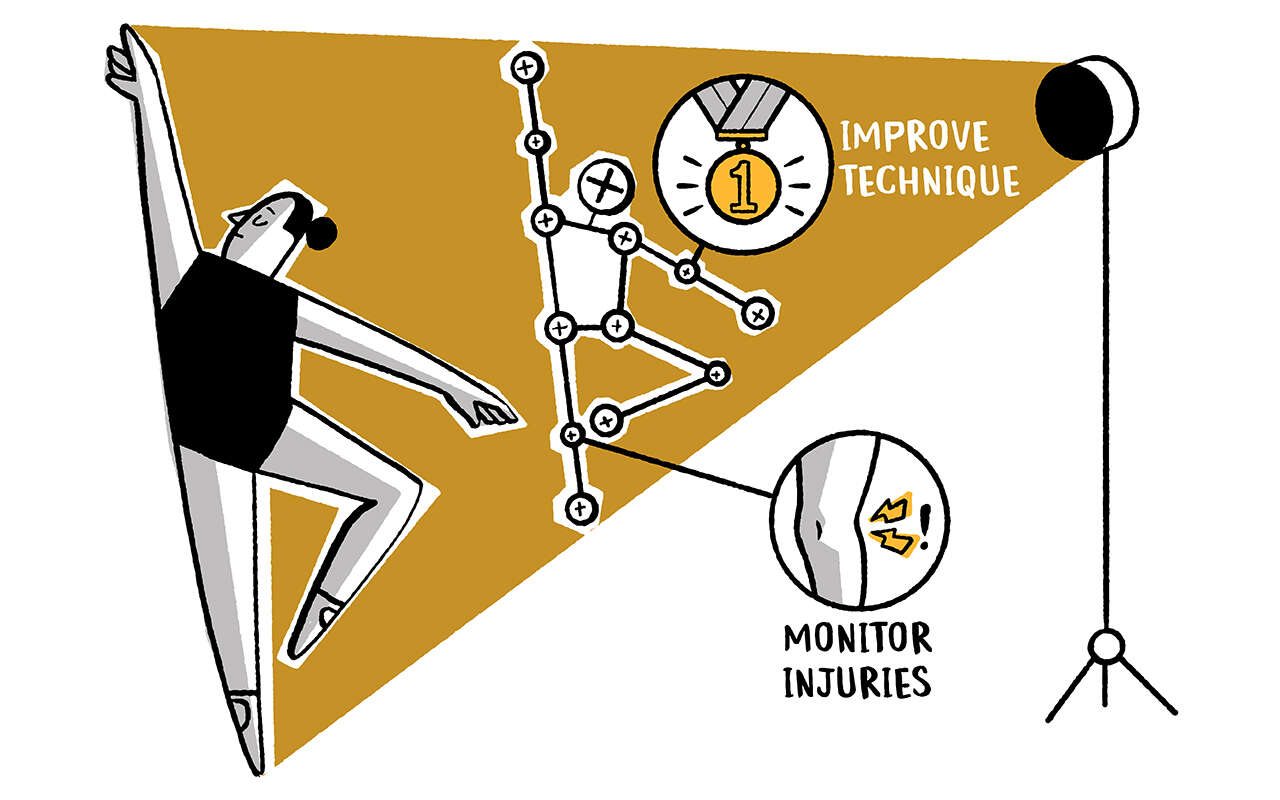