When it rains, where does the water go? How can we prevent cities from getting flooded?

When rain falls onto a city like London, the water runs off a range of hard surfaces like roofs and pavements and then runs down the drain. When rainfall is extremely heavy, the rainwater can overwhelm London’s Victorian sewer system and cause major problems to the river Thames and the wider environment. We can help this problem by slowing down the journey of the water by holding it on our roof rather than it washing away instantly from hard, impermeable surfaces.

Part of the Institute of Physics building is covered by a ‘blue-green roof’ – green because plants can grow on the flat roof and blue because it collects and stores rainwater before being discharged into the drains. 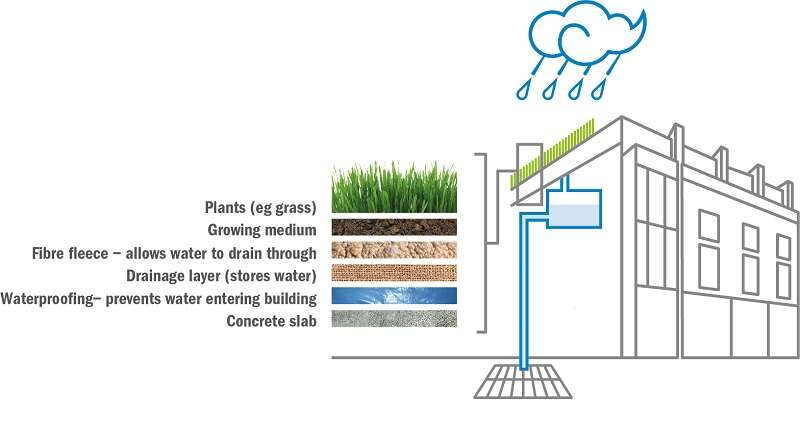