What's the foundation of modern technology? 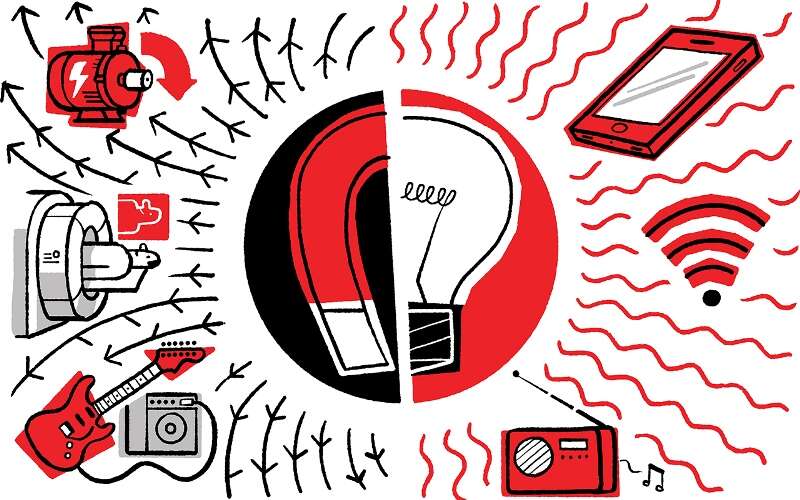 How four equations made the modern world

The phone in your pocket or the light in your bedroom. The electric cars on the road or the biggest machine in the world, the Large Hadron Collider. If you ask how they work, and keep asking ‘why’ questions like a toddler, you will always end up at Maxwell’s equations. 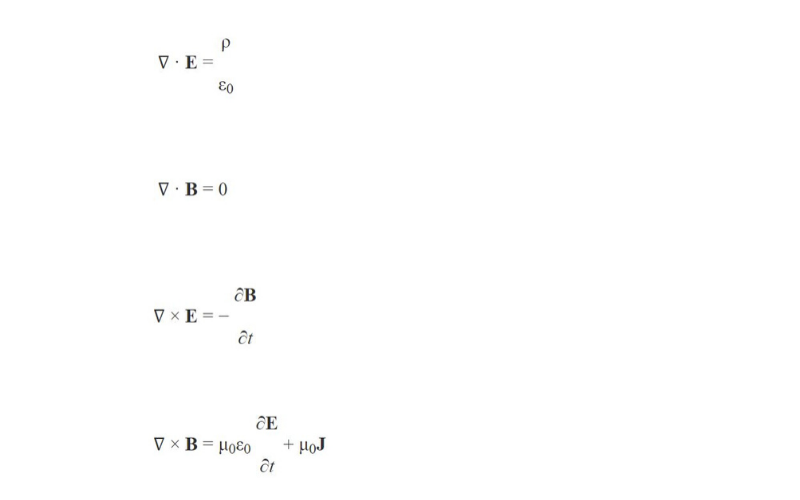 They may not be plastered across as many T-shirts as  E = mc2. And they may use some unfamiliar mathematical notation. But just four equations describe the relationship between electricity and magnetism. And just like Albert Einstein’s famous equation, their simplicity hides deep and powerful insights into the nature of the universe – insights we have since used to power innovations in the modern world.

To understand how big an impact Maxwell's equations have had on society, we need a little historical context.

When Maxwell published his equations in 1865, there were no cars, no phones, nothing that we would class as technology at all. Electricity and magnetism were lab curiosities. And to most, they were two unrelated strange invisible forces governed by separate laws of physics. But ever since Danish scientist Hans Christian Ørsted discovered the first link between electricity and magnetism in 1820, more and more scientists started exploring their deep connection.

The first of these was French physicist André-Marie Ampère. He saw a demonstration of Ørsted’s experiments in which a magnetic needle was moved by a nearby electric current. This excited Ampère and he began a series of his own experiments that soon led to a mathematical law relating a magnetic field to the electric current that produced it.

Meanwhile, Michael Faraday discovered the opposite effect. He showed that a magnetic field can cause an electric current to flow in a wire. By moving a magnet closer or farther away from a circuit he could induce a current – an effect now called electromagnetic induction. From this and other insights into electricity and magnetism, Faraday invented the first electric motor, the first electrical transformer, the first electric generator and the first dynamo.

Faraday’s most fundamental contributions though are also his least well known. Although Faraday was no trained mathematician, he was a great visualiser. He introduced the idea of lines of force, later called field lines, to understand how invisible electric and magnetic effects were tied together. This would later provide the framework for Maxwell to develop electromagnetism.

Faraday was also the first to make any kind of link between electricity, magnetism and light. During a typically ingenious and complex experiment in 1845, he showed that a strong magnetic field can change the polarisation of a light ray. Magnetic force and light were related.

Let there be light

By the time Maxwell joined the scene in 1855, Faraday, Ampere and their predecessors had developed various laws and theories to explain links between electricity and magnetism. But nothing connected these ideas together. So, over the course of 10 years, Maxwell set about mathematically describing Faraday’s lines of force to account for all the electric and magnetic effects that had been observed. Or to put it a different way, he built a theory of electromagnetic fields.

The theory would merge the established laws for electricity and magnetism with Faraday’s and Ampere’s insights on links between the two.

Early work involved translating Maxwell’s pictures and descriptions into solid mathematics. But after a while, a coherent theory began to form. During this time, Maxwell made a correction to Ampère’s Law – the fourth of Maxwell’s equations – in order to properly describe current flowing through an electric capacitor. The correction completed the essential physics of the theory. But he soon realised it had a huge implication.

The electromagnetic fields he was calculating were a medium for waves, like ripples across the surface of a pond. And the equations showed that these waves travel at a constant speed. Doing the sums, the speed was roughly 300,000 km s-1, otherwise known as the speed of light. Maxwell had proved that light was an electromagnetic wave.

In 1865 Maxwell wrote down an equation to describe these electromagnetic waves. The equation showed that different wavelengths of light appear to us as different colours. But more importantly, it revealed that there was a whole spectrum of invisible waves, of which the light we can see was only a small part.

Seed of the modern world

Maxwell’s equations and Hertz’s proof of them opened the floodgates to modern technology. By 1910, the entire electromagnetic spectrum had been discovered, and a world of exciting applications lay ahead.

Hertz’s radio waves were also put to use in wireless telegraphs, radio and, later on, even for MRI to take 3D images of inside the human body. In another experiment, Hertz discovered microwaves, which today power radar, wireless computer networks and satellite communication, while cooking our food in microwave ovens.

In effect, Maxwell’s equations have enabled virtually all modern electrical, electronic and photonic technologies. And they are still used today by electrical engineers to help design any and every electrical and electronic device imaginable.

But Maxwell’s equations have also deepened our understanding of the universe in two important ways.

The first is that opening up the electromagnetic spectrum has allowed us to look at the universe in all its glory. Telescopes sensitive to different portions of the spectrum see events happening that are invisible to the naked eye, like the remnants of a massive star’s explosive death or the cloud-covered surface of Venus.

The second is that Maxwell’s equations offer a better way of expressing a physical law. The theory described all the known effects of electromagnetism, but was completely independent of any underlying mechanical mechanism. Instead, it took a field as a fundamental quantity that could independently exist. This – along with the fact established by Maxwell that the speed of light is a fundamental constant – ultimately gave Einstein the tools to write 10 field equations representing his general theory of relativity.

The Standard Model of particle physics also owes a debt to Maxwell. The Standard Model’s basis –quantum field theory – can trace its roots all the way back to the fields in Maxwell’s equations.

And attempts to unify relativity with quantum mechanics in a so-called Theory of Everything can be mapped back to Faraday and Maxwell as well. They strongly believed that all the fundamental forces are somehow linked together – the first hint that we might one day find a single set of equations governing all the laws of the Universe.

Q. How many Maxwell’s equations are there?

A. Although there are just four today, Maxwell actually derived 20 equations in 1865. Later, Oliver Heaviside simplified them considerably. Using vector notation, he realised that 12 of the equations could be reduced to four – the four equations we see today. The remaining eight equations dealing with circuit analysis became a separate field of study.

Q. Did Maxwell receive a Nobel Prize in Physics?

A. Though Faraday, Ampere, Maxwell, Hertz and many more involved in Maxwell’s equations were undoubtedly worthy of a Nobel, the Prize was first awarded in 1901 after their deaths. But the first winner did have a connection. Physicist Wilhelm Röntgen was awarded the Nobel Prize in Physics 'in recognition of the extraordinary services he has rendered by the discovery of the remarkable rays subsequently named after him'. These rays are now known as X-rays, forming a region of the electromagnetic spectrum.

Q. Did Maxwell prove light is a wave?

A. No. Through a series of clever experiments in the early 19th century, Thomas Young demonstrated strong evidence that light was a wave. Later, Augustin Jean Fresnel in France worked out the maths of light waves in detail. Maxwell’s contribution was to prove these waves were electromagnetic.