If you’ve ever watched a toddler using a tablet and then attempted to 'zoom in' on a picture in a book, you’ll have noticed how quickly touch screens have become part of our everyday lives.

Lots of people have become used to tapping, swiping and scrolling to access information and entertainment. But how do these everyday devices work? How are humans and machines interacting with the slightest touch? And why do touch screens not work when you have gloves on? 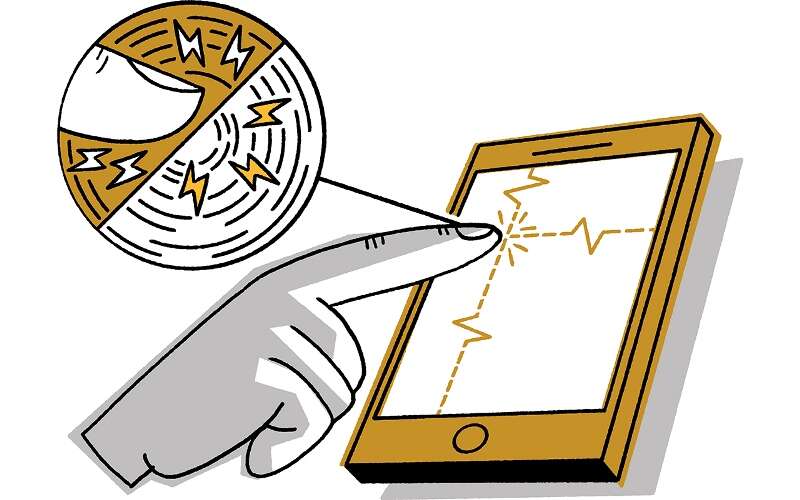 How does a touchscreen work?

Touchscreens use light-emitting diodes (LEDs) to produce images. But how do people interact with the screen?

Touchscreens work using electricity. The screen is made of glass, an insulating material – it cannot carry an electric current. The surface of the screen is therefore coated with a thin layer of an electrically conducting material such as indium tin oxide. This is chosen because it is transparent.

The conducting layer is connected to a low voltage so that for a short time, there is a tiny electric current on the screen. This leaves it with a small electric charge. 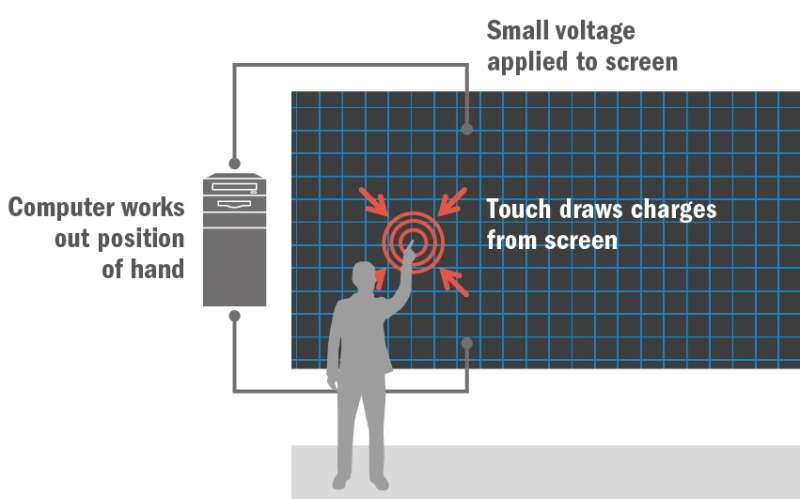 When your finger touches the screen, some of the small electrical charge flows on to it. Don’t worry – the voltages and amounts of electric charge are far too small to give you a shock.

If you are wearing gloves the screen won’t respond because the material of gloves is an insulator. That’s why special gloves are sold which have electrically conducting fingertips for people who need to keep their hands warm when using a touchscreen.

Touchscreens are becoming very familiar. They are used in:

Find out the stories behind the most significant discoveries that have shaped our understanding of the universe.

Read about big ideas in physics