All over the world, homes, offices, schools, airports, cafes and other public spaces have Wi-Fi networks to allow people to connect to the internet.

A Wi-Fi network relies on radio waves to carry data, however, in the future there may be a problem. It’s estimated that globally we consume 60% more data each year. As a result there is a danger that a standard radio frequency technology like Wi-Fi will struggle to meet demands. The bandwidth of radio – the maximum data it can carry – has limits. This problem is known as the ‘spectrum crunch’.

A solution beyond Wi-Fi

LiFi is a new way of connecting to the internet which uses light. It can overcome the spectrum crunch because light has the ability to unleash 1,000 times more bandwidth than radio for carrying data.

A LiFi network uses the light from LED lamps to send data to a device and infrared light from the device to transmit data back. Multiple lights can be added to a single network allowing you to move around a space from light to light without any interruption to the connection. 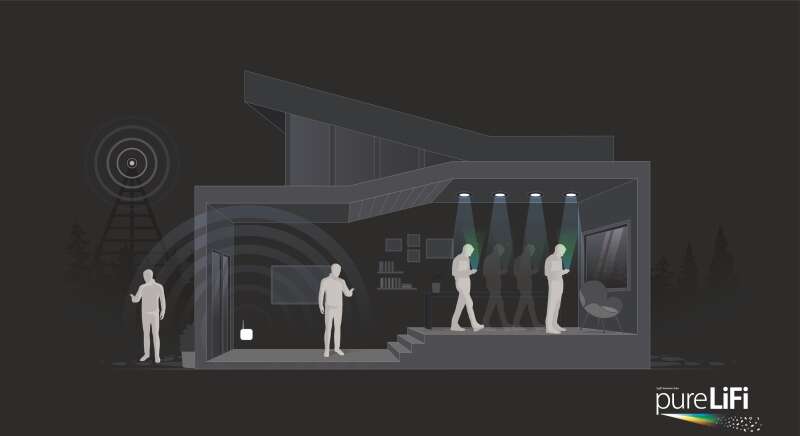 Each LiFi lamp acts as a transmitter and receiver, sending out and collecting data from nearby users. Although you can’t see it, the light is changing its intensity billions of times a second – this change in the intensity becomes a digital signal which carries information from the internet to the user and back again.

A LiFi-enabled device such as a laptop or tablet has a receiver to pick up light signals and a transmitter to send signals back to the lamp. Light waves and radio waves are both part of the electromagnetic spectrum.

Light waves have a frequency more than 1,000 times greater than radio waves. This means there are more than 1,000 more channels for communications which can enable significantly more bandwidth for data.

The user doesn’t have to be directly under a lamp. Light reflected off walls and other surfaces also carries the digital signal. 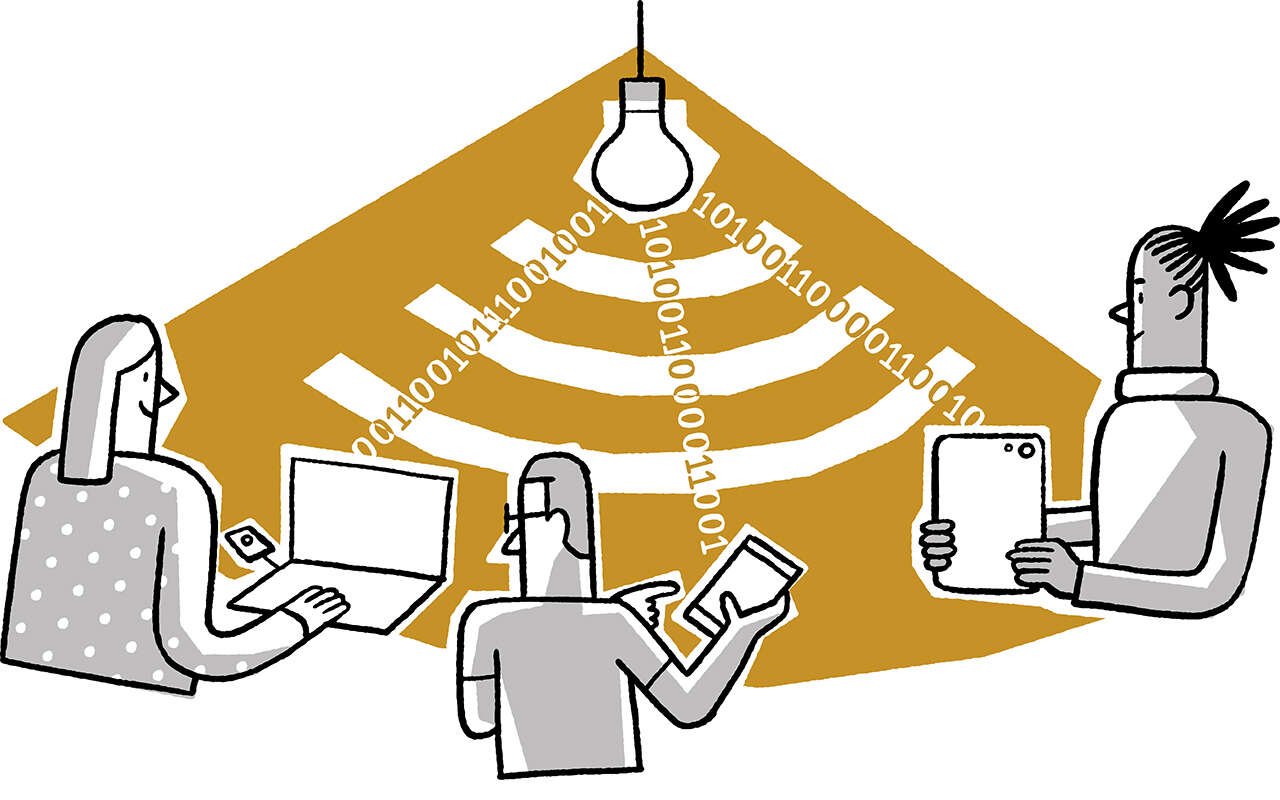