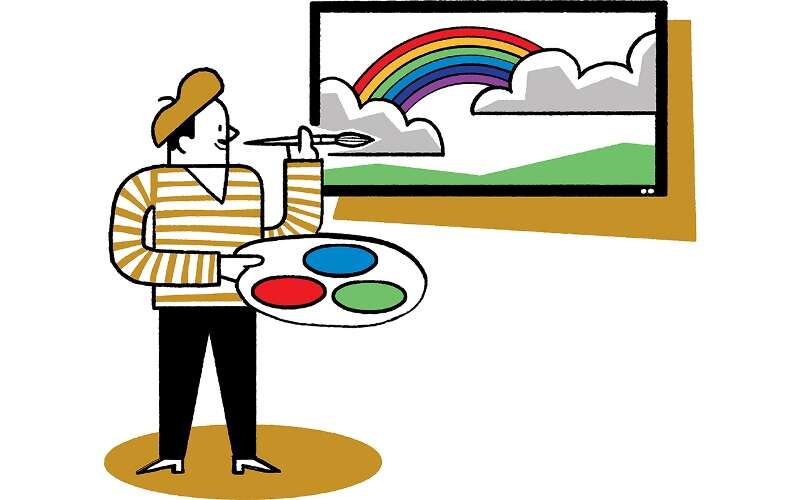 A screen close up

If you take a close look at any computer screen – it’s best to use a magnifying glass if you have one – you’ll find that it is made up of a regular array of tiny red, green and blue dots.

In some computer screens, these dots are light-emitting diodes (LEDs), electrical components that give out light when an electric current passes through. 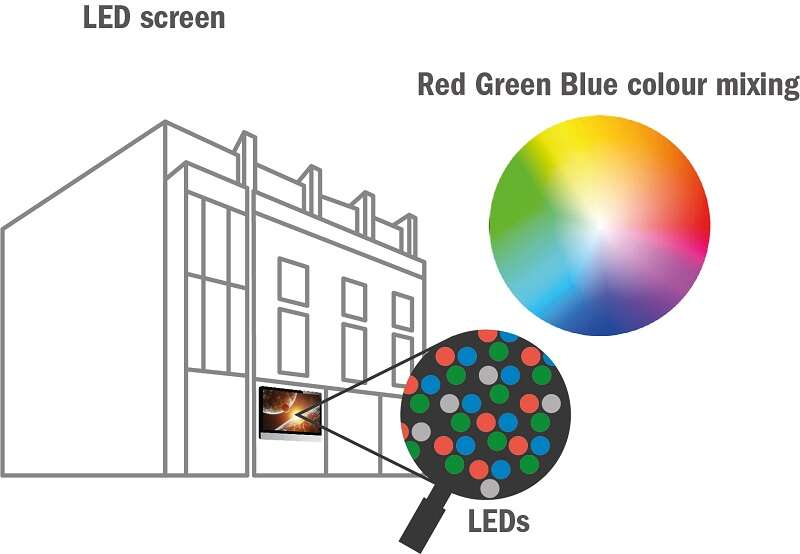 Why red, green and blue?

The human eye has receptor cells called cones which detect light. There are three different types of cone cell in the retina. These detect red, green and blue light.

The colours we see depend on the different proportions of red, green and blue light which fall on the cone cells. For example, we see yellow when both red and green cones are activated.

By combining the three basic colours in different proportions, the screen can produce any of several million different colours.

When a computer screen is switched off, it usually looks a dull grey colour because it’s reflecting some of the light from the room around it. So how can a LED screen show an image which includes areas that look black? Why don’t they just look grey?

The answer is that it’s a trick of the human brain. Look at a black area on the screen. All the LEDs are switched off in this area, but it is surrounded by other colours, often including white. Your brain assumes that a very dark area must be black, so that’s what you see, even though we know it must be the same dull grey colour as when the screen is switched off.

Because they are robust and relatively cheap, LED screens are used in many devices including: