If you use wireless headphones to listen to music, make your mobile phone 'hands-free' in the car or play a games console from across the room, you are probably using Bluetooth technology. But how can engineers and designers get these different devices to 'talk' to each other? And what does this have to do with a king that lived 1,000 years ago?

Bluetooth is a wireless system for connecting devices together such as computers and mobile phones when they are close to each other. A Bluetooth network allows them to exchange data.

Bluetooth is named after Harald “Bluetooth” Gormsson, a Danish king in the 10th century who united warring tribes. The Bluetooth logo is based on the symbols he used for his initials. 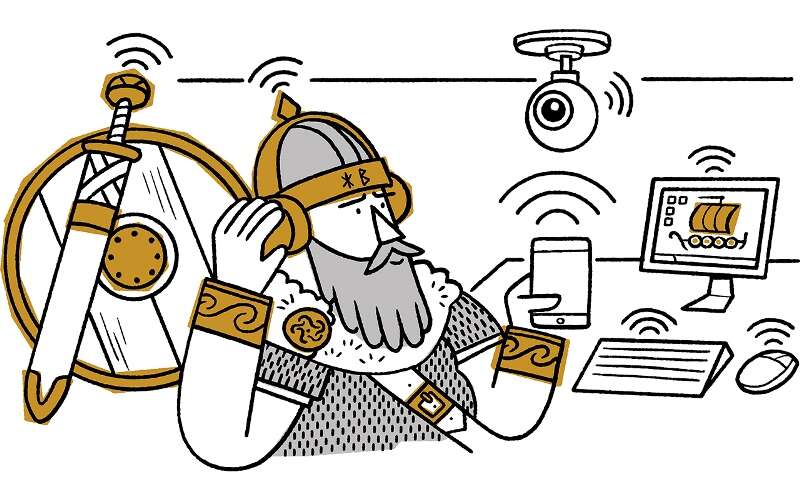 How does Bluetooth work?

You may have used Bluetooth, for example, to connect a mobile phone to a speaker or to headphones. In this case the phone is known as the ‘main unit’ and the speaker or headphones are known as ‘peripheral’. Connecting the devices is called ‘pairing’.

Devices connected in a Bluetooth network communicate with each other using ultra-high frequency (UHF) radio waves. These are electromagnetic waves with frequencies around 2.4 gigahertz (2.4 billion waves per second).

UHF waves of different frequencies are used in microwave ovens, GPS systems and many other devices.