How can we harness the power of quantum physics to make low-energy lighting? Why did a lightbulb deserve to win a Nobel Prize?

In the past, if you wanted to see in the dark, you would have to set something on fire, use the inefficient, white-hot filament of an incandescent bulb or settle for the humming, unpleasant glow of a fluorescent tube. And then came LED lighting – what’s the physics behind these highly efficient and long-lasting light sources?

In a typical building the lighting uses about 10% of the electrical power requirement. The use of energy-efficient LED lights can lower the energy bill and minimise environmental impact by reducing carbon emissions. 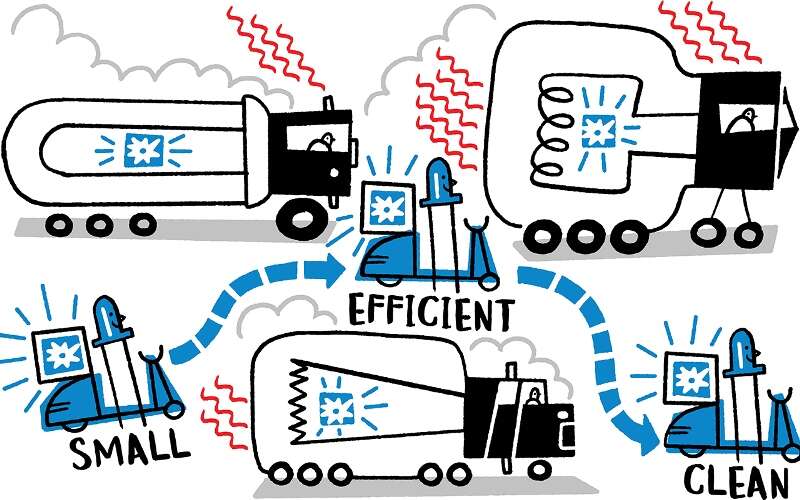 A traditional light bulb has a thin metal filament. When there is an electric current in it, it gets so hot that it glows. But this is not a very efficient way of lighting a building – most of the power is radiated as invisible infrared radiation rather than useful visible light.

LED lamps are better still and require even less power to produce the same intensity of visible light.

What is an LED?

LED stands for light-emitting diode. A diode is an electrical component which allows an electric current to pass through in one direction only.

An LED is made of two layers of crystal stuck tightly together, manufactured in a controlled, clean environment so that each of the layers has exactly the right chemical composition.

Physicists have used the ideas of quantum mechanics to understand how electrons behave as they pass through crystalline materials. This has allowed them to design LEDs which give different colours of light.

Traditional LEDs produce a single colour such as red or green and have been available for decades. Blue LEDs, however, proved to be extremely difficult to create due to the complexity of producing the essential ingredients to make the bulbs a reality. Three researchers from Japan shared the 2014 Nobel Prize for Physics for the breakthroughs that they made in solving the problems that prevented blue LEDs from becoming a reality.

Most of the time you want to have white light in a building, so a lamp may contain three different LEDs such as red, green and blue. These colours combine to give white light. You can also make a white LED by using blue light to excite a chemical layer within the bulb to emit white light. Either of these techniques can be used to make useful LED lighting in buildings which are far more efficient than other types of lighting.

This is especially relevant for the 1.5 billion people that don’t have access to electricity grids as the lights could be powered by solar panels. Globally, it is estimated that 20% of electricity is used for lighting – if all lights were LED, this could fall down to 4%.

It can be bad to work under bright, white lighting all day so some LED lighting systems are designed to produce light which is bluer in the morning and redder later in the day. This interferes less with the body’s normal daily rhythm.