Quantum physicist Richard Feynman famously said: "I think I can safely say that nobody understands quantum mechanics". But even if this still holds true today, it has not stopped us using the quantum properties of matter in a host of technologies. 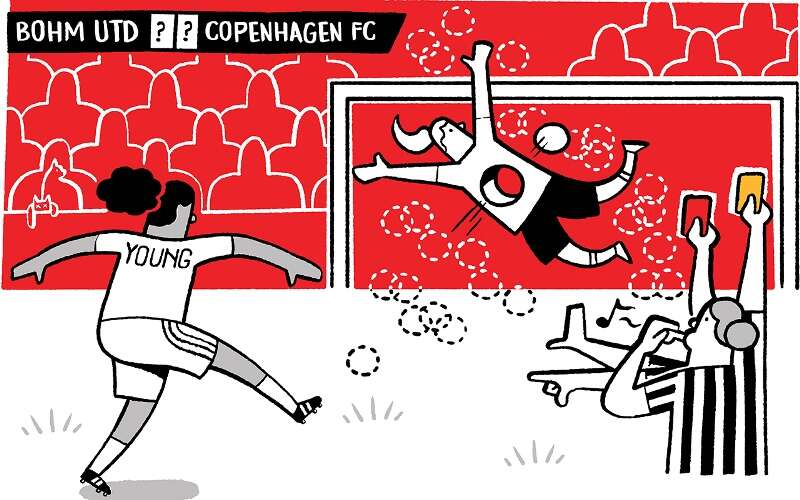 What is quantum mechanics?

Why we replaced our view of the solid universe with uncertainties, split identities and bizarre behaviour

Let's look at the quantum phenomenon of wave–particle duality as an example. This states that every particle may be partly described in terms of not only particle behaviour, but also wave behaviour. Being able to describe electrons as waves allows us to understand the electrical properties of silicon. Stacking this silicon up makes transistors on the nanometre scale. And packing millions of these transistors together builds the computer chip powering your phone and laptop.

Similarly, describing light not as a familiar wave but as a particle – the photon – has given us the laser. Among many other uses, lasers are the light sources that send messages down fibre optic cables. Without laser light there would be no internet and no global telecommunications.

But what does wave–particle duality mean? Are fundamental particles like electrons really also waves and vice versa? If you go by decades of experimental results, the answer is typically quantum: yes and no. The clearest evidence comes from the classic double slit experiment.

In the early 19th century, Thomas Young carried out the forerunner to this test. It was the first evidence to prove light is a wave. The experiment involves firing light at a screen containing two slits. Behind the screen sits a second one which can detect where the light that made it through the slits ends up. When you do this, the light emerging from the slits spreads. The spreading light intermingles before hitting the second screen. The resulting stripy pattern on the back screen is telling. It is an interference pattern – a clear sign light is a wave.

You wouldn’t expect the same pattern if you replaced a constant beam of light with electrons or any other particles fired one at a time. If anything, they should just form two slit-shaped lines on the back screen. But they don’t. The individual particles hit the back screen one at a time as expected. Yet as a whole they bear the hallmark of waves, forming an interference pattern. Somehow, each particle is contributing its own part to an overall wave-like behaviour. They display wave–particle duality.

It gets stranger still. To find out which slit an individual particle goes through, you can set up the experiment using a particle detector at the slit exit. When you do this, all wave-like behaviour vanishes. Two slit-shaped lines form on the back screen, the hallmark of particles. The very act of looking – or more precisely, of measuring and therefore disturbing the system – makes sure that the electrons travel like well-behaved particles.

Results like this highlight how detached the quantum world is from our everyday experience. But the evidence for a quantum reality is overwhelming.

German physicist Max Planck got the ball rolling in 1900. He was interested in confusing results from heating surfaces that absorb all frequencies of light that hit them, otherwise known as black bodies. Planck solved the issue by saying that energy doesn’t flow evenly but is instead released in discrete small packets he called quanta. These quanta had an associated frequency. And the relation between the two required a tiny new constant of nature: Planck’s constant. He had uncovered the first hint of quantum mechanics – energy wasn't continuous.

Planck himself regarded these quanta of energy as a useful maths trick to make the equations work. But five years later, Albert Einstein showed quanta were real. Einstein did this by solving another phenomenon puzzling physicists: the photoelectric effect.

Experiments had revealed that if you shine light on a metal surface, it emits electrons. But the energy of these electrons only varied with the light’s frequency, not its intensity. This made no sense at the time. Intense radiation ought to excite the electrons more and shoot them out with more energy.

Einstein showed that the energy of the light itself was equal to its frequency multiplied by Planck’s constant. Light was quantised. If light came in packets then in some respects it behaved like a particle. Later, French physicist Louis de Broglie proved the reverse: that particles could have wave-like properties.

Between stints unravelling the mysteries of time, space and gravity, Einstein introduced the ideas behind wave–particle duality. And he made several other important contributions to the field. But by the mid-1920s he had started to distance himself from developments in quantum theory. This was because quantum mechanics did not provide exact measurements. It only gave the rules for calculating probabilities. Einstein simply could not accept that chance plays a role in the structure of the universe.

Among many others, Erwin Schrödinger stands out as the one who showed chance was central to how the universe worked. And he produced an entirely new view of the microworld in the process. Attempting to solve problems with the theory of atomic structure, Schrödinger wrote an equation that determines how a probability wave, known as a wave function, evolves over time.

This sounds rather dull, but was a huge step. It means that for a given electron at a given time, the probability that it is where you want it – or indeed anywhere at all – can be precisely calculated.

Schrödinger’s equation also has a profound consequence in the double-slit experiment. Depending on your opinion, it can mean several things. But there are two popular interpretations.

Either a particle somehow chooses which of many possible paths to follow to end up where it lands on the back screen. Or it takes all possible paths but only lives out one in our universe, the rest playing out in an ever-expanding number of parallel universes.

Even today physicists are not sure which, if either, of these interpretations is correct.

While Schrödinger was penning his probability wave equation, Werner Heisenberg was adding to the quantum weirdness.

This explains the destruction of quantum behaviour in the double-slit experiment. When the instruments measure the particle’s momentum and position at the slit exit, the quantum mechanics collapses and the particles behave like regular objects.

Heisenberg went on to state that energy and measurement time have the same relationship. More precise measurements of a quantum system’s energy need ever longer durations to carry them out.

One strange upshot of this is that a particle's energy can wildly fluctuate over short timescales. Known as quantum tunnelling, a short-term energy boost from this effect is sometimes enough for a particle to tunnel through a barrier it should never reasonably be able to breach.

The effect is not just a theoretical concept. It’s the reason scanning tunnelling microscopes can take detailed images of individual atoms on the surface of a material.

To an even greater extent than relativity, quantum mechanics today pervades all areas of fundamental physics – from matter’s building blocks to the big bang and almost everything in between. And it may seep into more of our everyday lives in the future.

For example, in 2007 Switzerland used quantum cryptography for the first time in its National Council elections to combat vote tampering. And in 2017 Chinese physicists quantum teleported a packet of information from Tibet to a satellite 1,400 kilometres above the Earth's surface. Both of these achievements show the power of quantum technology in securing data.

But there could be even bigger impacts. Scientists around the world are laying the groundwork for the first useful quantum computer. Bits in a conventional computer store either a zero or a one. In a quantum computer, qubits can store a zero, a one, and both a zero and one at the same time.

Exploiting this and other quantum effects, in theory a quantum computer could rapidly make calculations that would take a conventional computer the age of the universe to solve.

Until recently, only a handful of qubits had been strung together in a device. But now, quantum computers with around 50 qubits have been realised. This number is thought to be what is needed for quantum supremacy – where quantum computers outperform conventional supercomputers on certain tasks. These tasks include developing better drugs, designing new super-materials, and accurate weather and climate modelling.

Who knows, they may even lead to a better understanding of the ever-mysterious quantum world itself.

A. Whether Schrödinger’s famous thought experiment was based on a real cat is uncertain. But he did have a cat called Milton at Oxford University. He introduced the idea of a cat being both dead and alive, until being observed, to ridicule the popular interpretation of quantum superposition.

Q. What is quantum entanglement?

A. In 1935 Einstein, Boris Podolsky and Nathan Rosen thought they had found a paradox in the equations of quantum mechanics. They showed that two particles that are entangled – linked in a quantum-mechanical sense – would communicate instantly over vast regions of space. But this meant information would be transmitted faster than light – forbidden by the theory of relativity. In a letter to Neils Bohr, Einstein labelled the phenomenon a 'spooky remote effect'. But in the 1950s, Chien-Shiung Wu showed that entangled particles indeed behaved as quantum mechanics predicted. Then in the 1960s, John Bell revealed that quantum mechanics is fundamentally nonlocal – meaning entangled objects are linked but do not communicate through spacetime – and therefore no paradox exists.

Q. How is Planck’s constant related to the definition of the kilogram?

A. The kilogram unit is getting a new definition. At the moment, a kilogram is based on a 143-year old platinum alloy cylinder that has never been touched by human hands in a vault near Paris. From 2019, the kilogram will instead be based on a fixed value of Planck’s constant – a constant of nature. Metrologists have measured Planck’s constant to be 6.626070150 × 10-34 kg m2 s-1 – a value that is correct to within 10 parts per billion.