We’re sure this electrifying demo will be a positive experience for you and your family. Find out about electric charges and how they can be used to attract and repel. We hope it doesn’t rub anyone up the wrong way… 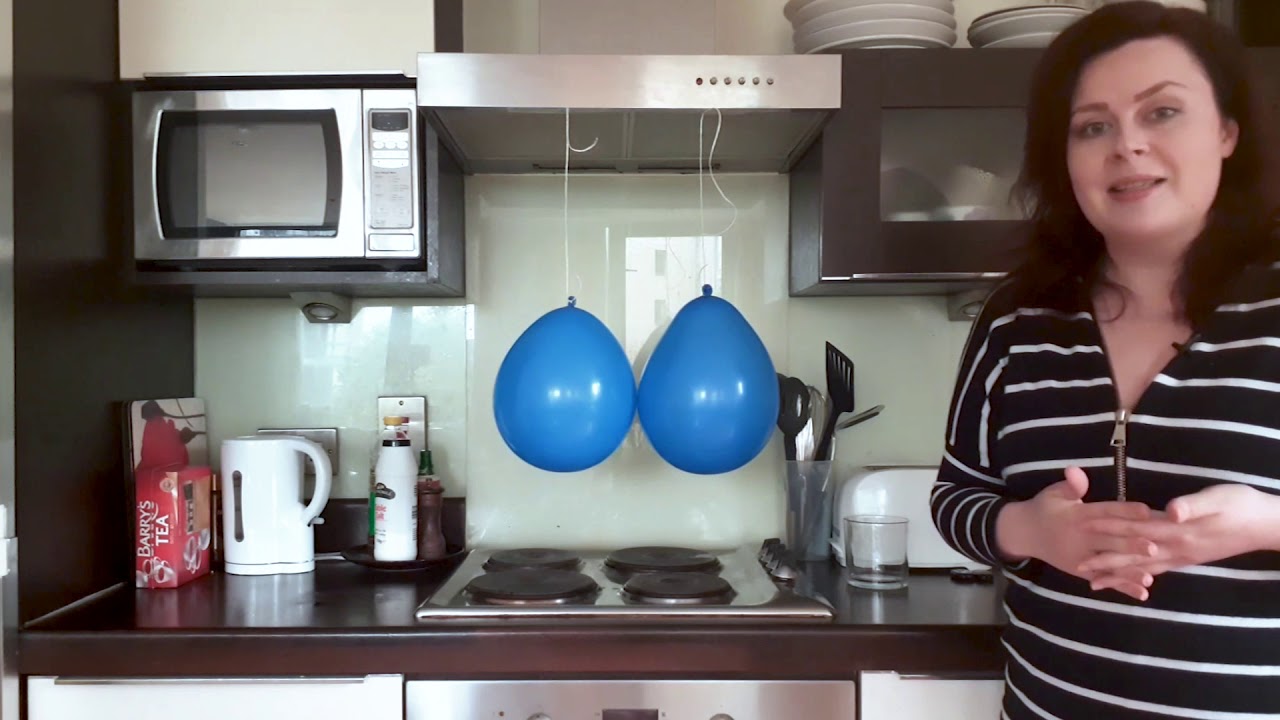 This experiment works best on a dry day. Water vapour in the air makes the balloons discharge as you’re trying to charge them, so for this experiment humidity is definitely the enemy!

Everything is made up of atoms that have a positively charged centre and negatively charged outside made of particles called electrons. Each atom has the same amount of positive and negative, so usually the charges cancel out and we don’t notice them. 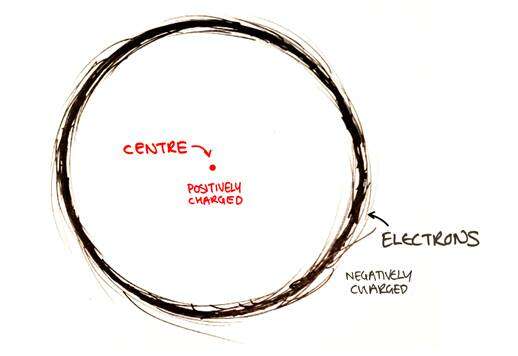 When you rub two things together you can move the negatively charged electrons from one material to another. Some materials are more likely to lose their electrons than others, in our experiment the rubber balloon is much better at holding onto its electrons than the other materials, so as the balloon is rubbed it gains electrons and the thing doing the rubbing loses them.

Opposite charges attract and so there’s a small force that pulls the balloon towards the jumper or glass. If you rub a balloon against your hair and then lift it up, the attractive electrical force is large enough that it can overcome the force of gravity pulling down and it becomes a hair-raising experience!

When you rub both balloons, both end up with negative charge. Similar charges repel so the balloons push away from each other. You can even use one balloon to push the other around!

Finally, there needs to be a way for all those extra electrons to discharge somehow. In physics this is called earthing or grounding, and works by providing a path that the extra electrons can travel along to the ground. This can either be by touching the balloon to the ground directly or touching it to something that electrons can travel through, like your body or the water in the air.

If this experiment has sparked your curiosity here are a few more things to try:

The ancient Greeks rubbed amber with fur to investigate what happened. That’s where the negatively charged particles gets their name. In ancient Greek, the word for amber was “elektron”.

Episode 8: Do you have the bottle(s) to try Imogen's Hot Water Rising?