The story of the father of Northern Lights knowledge 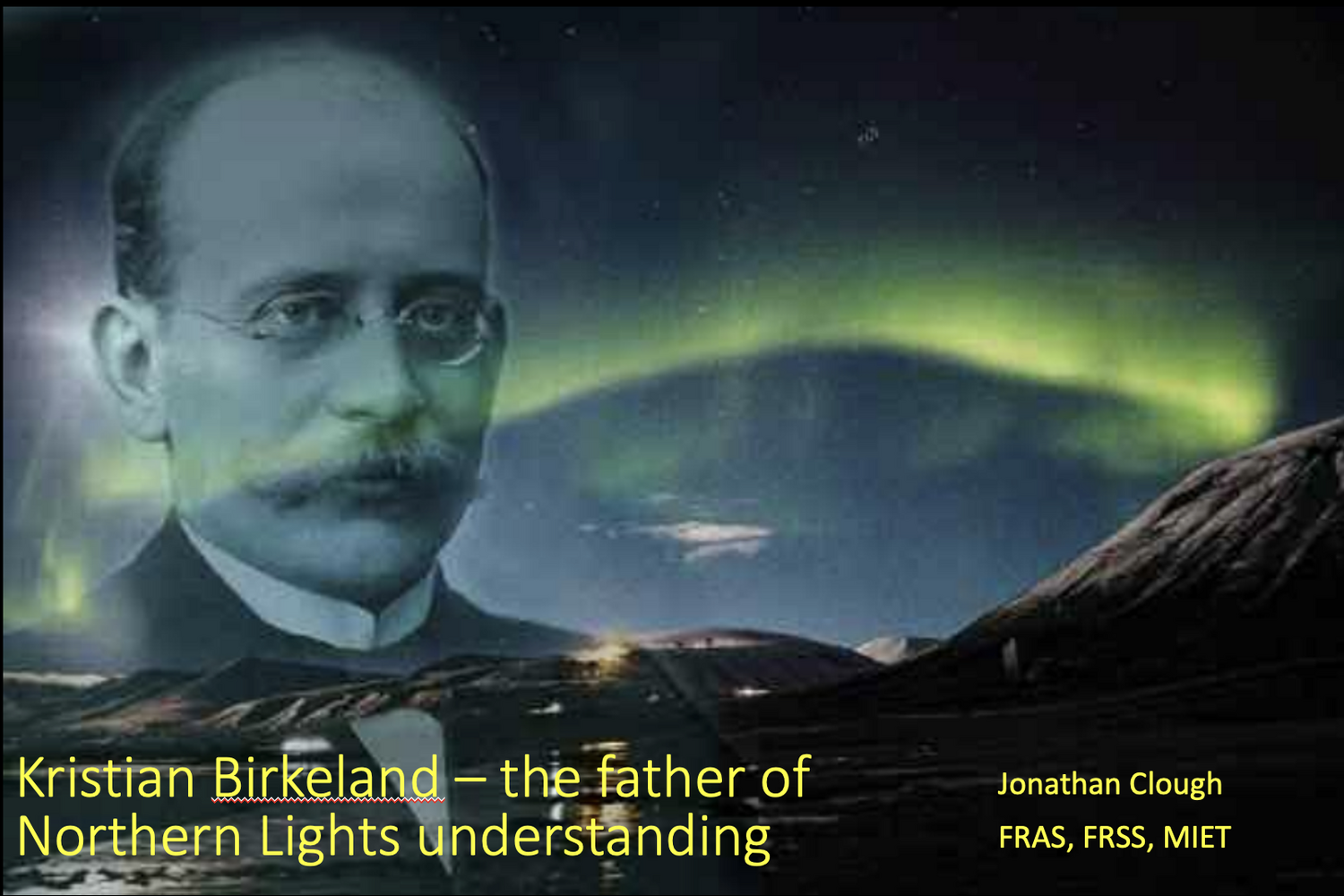 Birkeland worked out what causes the Northern Lights from his observatory near Alta, Norway, and was nominated for a Nobel prize 7 times. He was Norway’s most celebrated scientist and father of Northern lights understanding. Not only was Birkeland the man who had the key insight that opened our understanding of how the solar and terrestrial environment interlink, but he also believed in applying science to immediate problems, eventually holding more than 50 patents. This talk covers Birkeland’s amazing career until his death in obscure circumstances at the age of 50.

Jonathan Clough is an experienced speaker who can talk about the full breadth of astronomy topics. His experience has been achieved through the completion of certificate and diploma courses in astronomy at the University of Cambridge, Institute of Continuing Education, and he is a Fellow of the Royal Astronomy Society. He is one of the presenters at the University of Cambridge Institute of Astronomy public open evenings and runs an Introduction to Astronomy course at the U3A in Cambridge and is one of the presenters of a similar course for the Cambridge Astronomical Association. In addition, he has given astronomy talks to various schools, local Astronomy societies and local groups. Jonathan is a W.I. approved speaker and a STEM ambassador. He has also run practical telescope exercises for a local school and regularly runs sessions for Cambridge Young Astronomers. He is the events secretary for the Cambridge Astronomical Association and is also one of the regular presenters on the monthly radio programme "The Sky Tonight" on Huntingdon Community Radio.

Hosted by Vectis Astronomical Society. South Central Branch supports VAS, IOP members can attend the talk for free: VAS meets on the 4th Friday of every month, except for December. This event is open for non-members to attend. The speakers come from all over the country and give a presentation for around 45 minutes, with a chance for questions and answers afterwards. We break for refreshments (tea, coffee and biscuits) which gives an opportunity to mingle and chat. Often in the second half of the evening one of our members will give a short 20 minute “what’s in the sky this month” presentation.