For her contributions as senior science support technician at Boulby Underground Laboratory, where she plays an essential role in supporting the multidisciplinary science programme, which includes the study of particle physics, geology, biology and more. 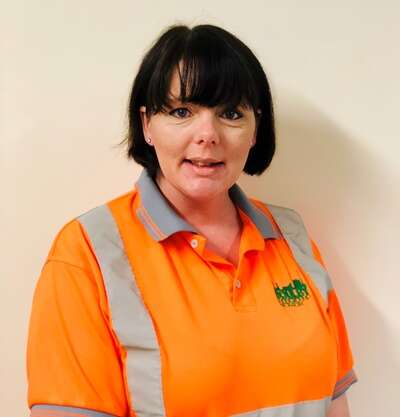 Emma Meehan is a senior science support technician at the Boulby Underground Laboratory, the UK’s only deep underground science facility operating in a working mine in the north-east of England. Emma plays an essential role in supporting our multidisciplinary science programme which includes the study of particle physics (including searches for dark matter), geology, biology and more.

Emma has been a member of the Boulby team since 2009, starting as a cleaner, having previously worked in the equine industry and taken a career break to raise a family. As soon as Emma arrived she made a big impact, not just in cleaning and organising the facility but also helping scientists whenever she could.

Emma has an incredibly inquisitive mind and would incessantly quiz the scientists on their work. Her enthusiasm and capability meant she was quickly given additional responsibilities, not just in her cleaning role but in the running of the science projects themselves.

From 2010 to 2012 Emma played a valued role in operating the ZEPLIN-III dark matter detector, then one of the most important projects of its kind in the world.

Because of Emma’s hard work, diligence and enthusiasm, and despite little formal technical training, in 2014 Emma was formally promoted from cleaner to science support technician. In this role she has since excelled and become a vital member of the laboratory. Emma has taken responsibility to learn all that is needed to become the principle operations manager of the internationally-important material assay facility - organising, developing and maintaining a series of complex instruments used to analyse materials sent by science teams around the world. She does this work brilliantly, maintaining high quality in operations and establishing excellent relations with our many facility users.

In addition, Emma has many other duties including effectively supporting various other science projects that operate at Boulby. She coordinates the outreach activities, doing an excellent job representing the organisation externally, giving frequent talks at international conferences and public occasions, hosting visits to the facility from scientists, government members and the general public and organising educational events for schools, both on and off site.

Emma is a huge asset to the facility. In addition to her technical and outreach work she is also a fantastic team member being supportive and encouraging to all in collectively trying to make the laboratory as good as it can be.

She is greatly valued at Boulby, highly respected and liked by all.

Read about our Technician Award.