When did you decide you wanted to study physics at university? 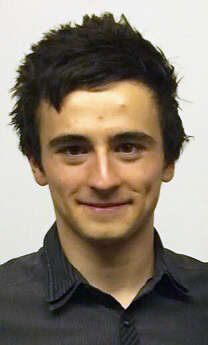 About mid-way through sixth form. It was a relatively easy decision, but I was juggling with various subjects which I enjoyed, including geography, maths and physics. I eliminated geography early on and then attended a number of university open days which helped me make the choice between physics and maths.

Why did you decide to study physics with astrophysics?

I know it’s a cliché, but I really have been fascinated by space and the world around me for as long as I can remember. I had my own telescope growing up, lots of books of the night sky, the solar system, the universe, anything space-related. So ultimately it was an easy decision.

What do you enjoy most about studying physics and astrophysics?

Space. Everything space. Learning in vast amounts of detail what makes the universe work the way it works, and being surrounded by like-minded people who share the same interests as you. It’s very satisfying seeing something in the news or in a documentary and being able to say ‘I understand that!’ and explaining it to others.

Once you graduate what are your plans?

I would very much like to go into research and continue down the academic path, so the next step after graduation would be to take on a PhD. My field of research would be space plasma physics, which involves understanding how the solar wind (hot plasma ejected from the sun) interacts with magnetic fields around other planets in the solar system, whether that be Earth and the other rocky planets, or any of the big gas giants like Jupiter and Saturn.

What advice would you give someone considering their university options?

Always follow your interests and don’t do something just because someone tells you that you should. University will get challenging and will push you further than you have ever been before, so it is often your underlying interests which motivates you and helps you through. If you love what you’re doing, then go for it!