To understand the ideas and aims of string theory, it's useful to look back and see how physics has developed from Newton's time to the present day. 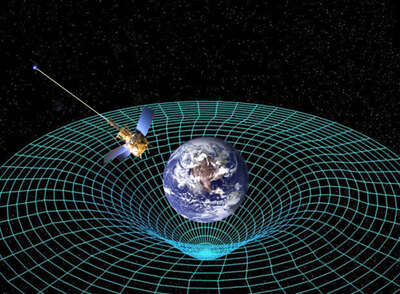 One crucial idea that has driven physics since Newton's time is that of unification: the attempt to explain seemingly different phenomena by a single overarching concept.

Perhaps the first example of this came from Newton himself, who in his 1687 work Principia Mathematicae explained that the motion of the planets in the solar system, the motion of the Moon around the Earth, and the force that holds us to the Earth are all part of the same thing: the force of gravity.

We take this for granted today, but pre-Newton the connection between a falling apple and the orbit of the Moon would have been far from obvious and quite amazing.

The next key unifying discovery was made around 180 years after Newton by James Clerk Maxwell. Maxwell showed that electrostatics and magnetism, by no means similar phenomena at first sight, are just different aspects of a single thing called electromagnetism. In the process Maxwell discovered electromagnetic waves, which are in fact light — Maxwell had inadvertently explained a further seemingly different aspect of nature. 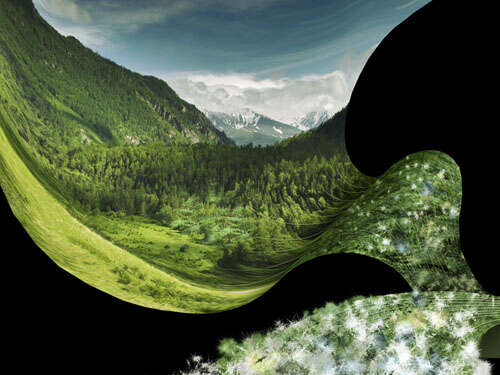 Another two hundred years on, in 1984, Abdus Salam and the American Steven Weinberg showed that the electromagnetic force and the weak nuclear force, which causes radioactive decay, are both just different aspects of a single force called the electroweak force.

This leaves us with three fundamental forces of nature:

There have been two great breakthroughs in 20th century physics. Perhaps the most famous is Einstein's theory of general relativity. The other equally impressive theory is quantum mechanics.

General relativity is itself a unification. Einstein realised that space and time are just different aspects of a single object he called spacetime. Massive bodies like planets can warp and distort spacetime, and gravity, which we experience as an attractive force, is in fact a consequence of this warping.

Just as a pool ball placed on a trampoline will create a dip that a nearby marble will roll into, so does a massive body like a planet distort space, causing nearby objects to be attracted to it.

The predictions made by general relativity are remarkably accurate. In fact, most of us will have inadvertently taken part in an experiment that tests general relativity: if it were false, then global positioning systems would be wrong by about 50 metres per day. The fact that GPSs work to within five metres in ten years shows just how accurate general relativity is.

The other great breakthrough of the 20th century was quantum mechanics.

One of the key ideas here is that the smaller the scale at which you look at the world, the more random things become. The idea that randomness is part of the very fabric of nature was revolutionary: it had previously been taken for granted that the laws of physics didn't depend on the size of things.

But in quantum mechanics they do. The scale of things does matter, and the smaller the scale at which you look at nature, the more different from our everyday view of the world it becomes: randomness dominates the small scale world.

What happens to spacetime at small scales?

But what happens if we combine quantum mechanics and relativity? According to relativity, spacetime is something that can stretch and bend. Quantum mechanics says that at the small scale things get random. Putting these two ideas together implies that on very small scales spacetime itself becomes random, pulling and stretching, until it eventually pulls itself apart.

Evidently, since spacetime is here and this hasn't happened, there must be something wrong with combining relativity and quantum mechanics. But what? Both these theories are well-tested and believed to be true.

Perhaps we have made a hidden assumption?

It turns out that indeed we have. The assumption is that it's possible to consider smaller and smaller distances and get to the point where spacetime pulls itself apart. What has rested in the back of our minds is that the basic indivisible building blocks of nature are point-like — but this may not necessarily be true.

Strings to the rescue

This is where string theory comes to the rescue. It suggests that there is a smallest scale at which we can look at the world: we can go that small but no smaller. String theory asserts that the fundamental building blocks of nature are not like points, but like strings: they have extension, in other words they have length. And that length dictates the smallest scale at which we can see the world.

What possible advantage could this have?

The answer is that strings can vibrate. In fact they can vibrate in an infinite number of different ways. This is a natural idea in music. We don't think that every single sound in a piece of music is produced by a different instrument; we know that a rich and varied set of sounds can be produced by even just a single violin.

String theory is based on the same idea. The different particles and forces are just the fundamental strings vibrating in a multitude of different ways.

The mathematics behind string theory is long and complicated, but it has been worked out in detail. But has anyone ever seen such strings? The honest answer is 'no'.

The current estimate of the size of these strings is about 10-34m, far smaller than we can see today, even at CERN.

Still, string theory is so far the only known way to combine gravity and quantum mechanics, and its mathematical elegance is for many scientists sufficient reason to keep pursuing it.