The smallest stars are best to search for temperate exoplanets

Written speculation about life beyond the confines of Earth dates back thousands of years, to the time of the Greek philosophers Epicurus and Democritus. Unrecorded curiosity about this question undoubtedly goes back much further still. Amaury Triaud from the University of Birmingham thinks that remarkably, we might soon get an answer from the study of exoplanets – planets orbiting other stars than the Sun.

Recently, I contributed to discovering the TRAPPIST-1 planetary system, composed of seven planets similar in size and mass to Earth, which became one of 2017’s most celebrated scientific discoveries and received widespread coverage in the mainstream media. 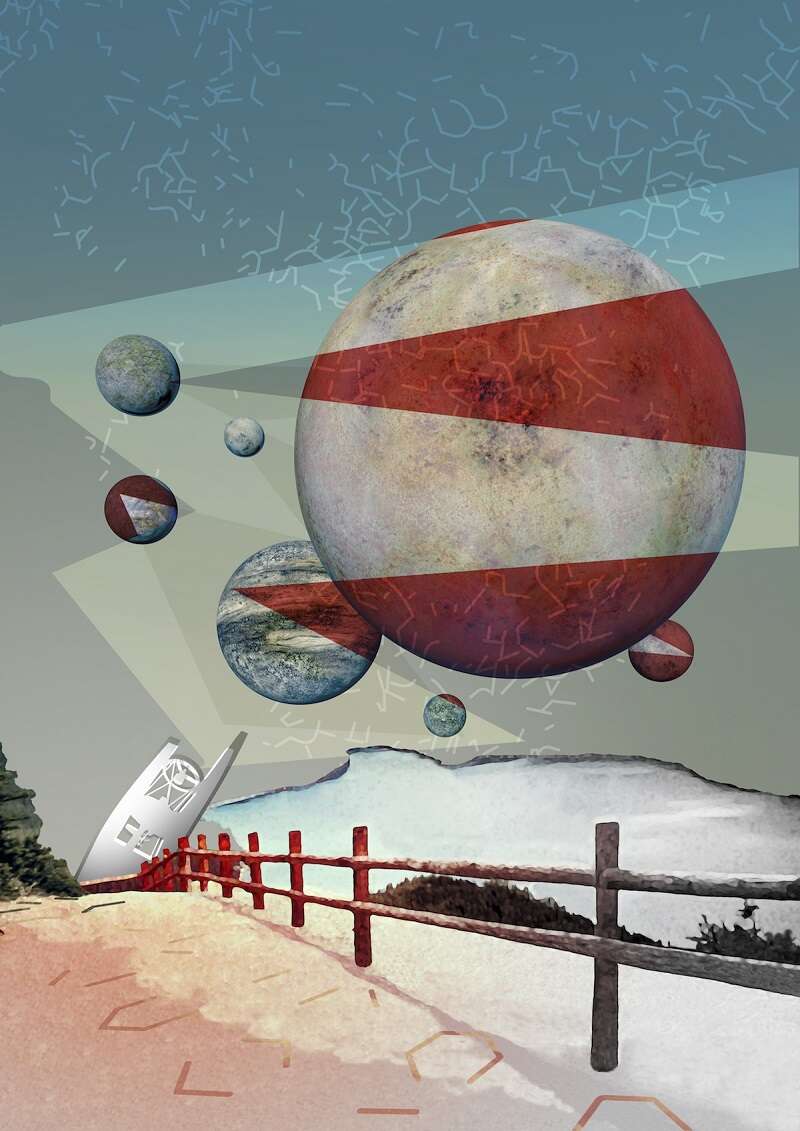 All seven worlds in the TRAPPIST-1 system are temperate, meaning that under the right atmospheric and geologic conditions, they might sustain liquid water, but in many ways TRAPPIST-1 is an odd place to look for life. The central star, TRAPPIST-1A, scarcely larger than the planet Jupiter, is just 1/12th of a solar mass, and gives off only 0.05% as much light as the sun. In fact, TRAPPIST-1A belongs to a class of stars that we call ultra-cool dwarfs, the very smallest stars that exist.

Searching for habitable planets around ultra-cool dwarfs has long been considered a waste of time. Even as astronomers found that exoplanetary systems are generally different from the solar system, old attitudes lingered. The Earth and Sun appear so normal and hospitable to our eyes that scientists get influenced to search for near exact copies of the Solar system. Major programmes are therefore directed at finding an Earth twin: a planet the mass and size of our own, orbiting a star just like the Sun, at the same Earth-Sun distance. The detection of such a world remains decades away.

In the effort to answer the question ‘is there life elsewhere?’ the focus on Earth twins is perceived as a safe path, since we can mostly expect that similar conditions will lead to similar results. However, my thought is that this is far too conservative a goal, considering the huge number and diversity of available planets. Research should be about finding what we don’t already know. While identifying a life-bearing Earth twin would be a resounding scientific success, it would teach us very little about the broader emergence of biological life in the Universe.

Instead, I seek an answer to ‘how frequently is life found elsewhere?’ This simple change of words means that we should also be investigating planetary systems unlike the solar system. It would be disappointing and surprising if Earth were the only template for habitability in the Universe. Sun-like stars represent just a small fraction of the cosmos.

Once we restate the question in terms of total frequency of biological life, ultra-cool dwarfs become an obvious target. Half the stars in the Universe have masses less than one-quarter of the Sun’s. Our preliminary results suggest that rocky worlds are three to five times more likely to orbit low-mass stars than Sun-like stars. Ultra-cool dwarfs also open a much easier route to detecting and studying temperate, Earth-like planets.

The scientific advantages of ultra-cool dwarfs come from their stellar properties, which help us to identify exoplanets and investigate their atmospheres. Because ultra-cool dwarfs are so small, the signal of an Earth-sized planet passing in front of TRAPPIST-1A is approximately 80 times larger compared to an Earth twin, and happens 50 times more frequently.

Similarly, our ability to extract atmospheric signatures of these worlds is boosted by a factor of 80. The atmospheric composition of the TRAPPIST-1 planets will be detectable using current technology, unlike that of Earth-like exoplanets, for which we would require decades of technological development.

Astronomers, including myself, have already begun investigating the chemical compositions of giant planets around other stars. We can then apply the methods we have learnt from studying those gas giants and extend our investigations to Earth-sized worlds like TRAPPIST-1’s, and elsewhere. Our first efforts will be to characterise the greenhouse gas content of atmosphere, and assess whether the surface conditions are conducive to retaining water in a liquid phase. Then we will seek out signs of biologically-produced gases, analogous to ways that living organisms have transformed the composition of our Earth’s atmosphere. 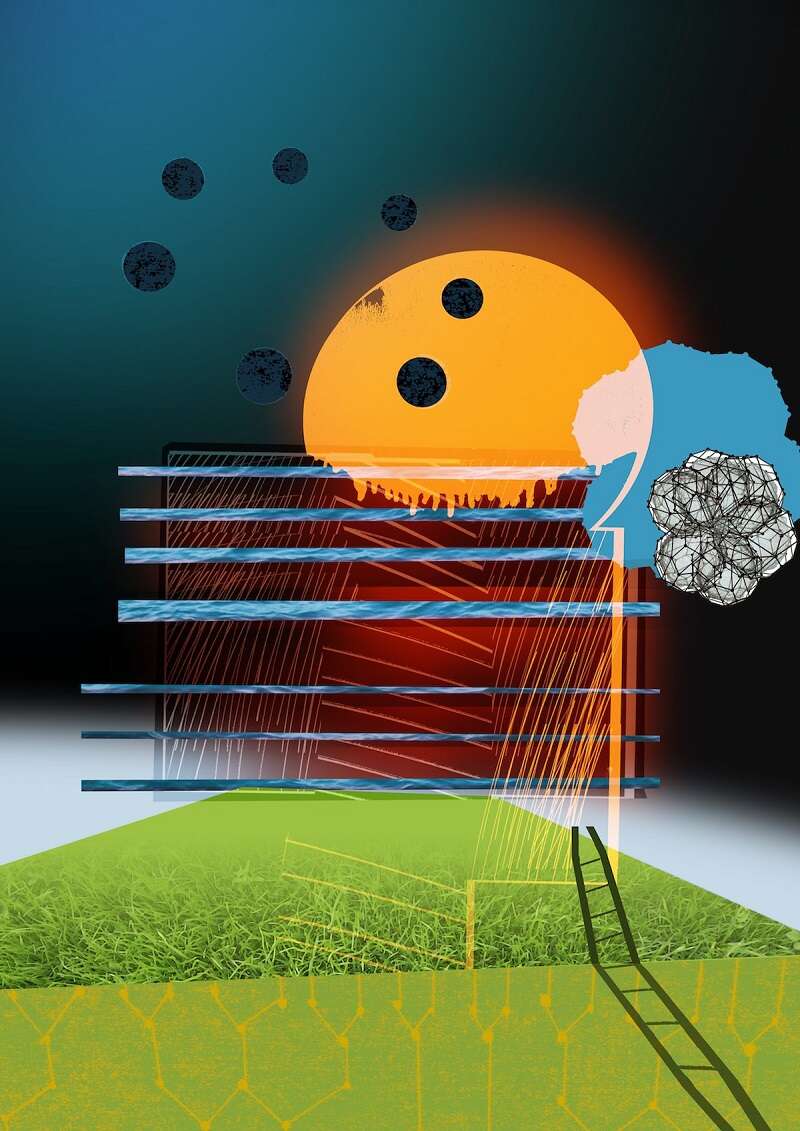 The TRAPPIST-1 planets were found during a pilot-run for an ambitious planet survey called SPECULOOS, which began in January 2019. We expect to detect a few dozens of Earth-sized, rocky planets around dwarf stars within the next five years. With this sample in hand, we will explore the many climates of such worlds. The solar system contains two: Venus and Earth. How many different types of environments could we discover?

Using SPECULOOS, we will begin to address objections scientists have raised about the habitability of planets around ultra-cool dwarfs. One argument is that such planets will be tidally locked, meaning that they have permanent day and night sides. Planets orbiting in close proximity around small stars could excite each other’s orbits, leading to major instabilities. Ultra-cool dwarf stars frequently flare up, emitting ultraviolet and X-rays that might vaporise a planet’s oceans into space.

Far from holding us back, these arguments motivate us. Finally, we can empirically assess the actual conditions on planets orbiting ultra-cool dwarfs, and explore counter-arguments that Earth-sized planets like TRAPPIST-1’s might in fact be hospitable to life.

Oceans and thick atmospheres could mitigate the temperature contrast between day and night sides. Tidal interaction between close-orbiting planets might provide the energy required for biological life. Furthermore, some models suggest that planets forming around ultra-cool dwarfs actually start out with much more water than Earth has. In this context, ultraviolet radiation from the star could help produce biologically relevant compounds. I think there is reason to be optimistic!

No matter what we find by studying planets orbiting ultra-cool dwarfs, there is nothing to lose. We can only learn. On the one hand, if we manage to identify the presence of life on a planet similar to those in the TRAPPIST-1 system, then we can start measuring how frequently biology emerges in the universe. We could have the first clues of extraterrestrial life in a decade! On the other hand, if we find that none of the TRAPPIST-1 worlds are habitable, or that they are habitable but barren, this might suggest that life is rarer and more precious than we thought.

In either case, we will define the context of our existence: as one among many, or as an isolated outlier. Both possibilities are humbling. Both are thrilling.

This article was written by Amaury Triaud, University of Birmingham and adapted from an article published in Aeon Magazine.