How do we detect exoplanets when they are too far away for us to see?

In this article Helen Giles explores the advances in exoplanet discovery. Helen received her PhD in Astrophysics in June 2019, following her work using data from the Kepler telescope to find exoplanets and study their host stars. Working in partnership Helen discovered 14 exoplanets including two of her own discoveries, K2-140 b and K2-311. 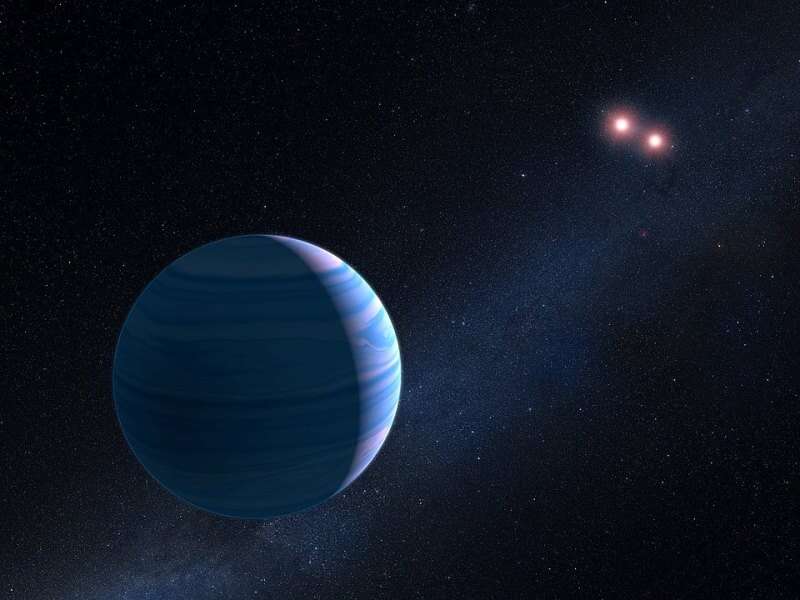 You know that scene in movies and TV shows… where some intrepid explorer, their back to the camera, walks away from the viewer across the surface of a new, faraway planet. Well the search for extraterrestrial life, for answers about Earth’s past and future, and the ability to understand our own place in the universe is not only the storyline of a sci-fi adventure — it is the goal of scientists around the world.

Extrasolar planets - exoplanets - are planets which exist outside of our own solar system. With the current tally at well over 4000 discovered, some say that - statistically - it is likely that most stars in the galaxy host at least one planet. On the clearest of night skies, when you look up, you can see thousands of tiny pin pricks of light. And even with a telescope, the stars still look like bright points of light. So how do we detect exoplanets that are too far away to see?

Discovered exoplanets each year with discovery methods as of 5 March 2020 Ref: Betseg - Own work, CC BY-SA 4.0

The first, true detection of an exoplanet was in 1992. Two astronomers, Aleksander Wolszczan and Dale Frail found evidence of two planets orbiting the pulsar PSR B1257+12, a highly-magnetised neutron star which emits beams of radiation from its poles. A pulsar emits in a very regular way, so when they detected tiny delays in the time-of-arrival of these emissions, Wolszczan and Frail knew something strange was going on. They found that two planets orbiting the pulsar were causing the pulsar’s position to ‘wobble’, inducing these time differences.

Whilst this was the first true detection of an exoplanet, these two planets exist in a very extreme environment.

Only three years later, came the discovery which changed everything: 51 Peg b. This planet is accredited the title of ‘first detected exoplanet orbiting a sun-like star’; it was the first exoplanet that was anything like the planets in our own solar system. For this, the astronomers Michel Mayor and Didier Queloz were awarded the Nobel Prize in 2019 (alongside Jim Peebles for his cosmology work).

To find 51 Peg b, Mayor and Queloz observed a large number of stars consistently, splitting the star light of each into individual spectra. The goal was to find signs of the Doppler effect hidden in these spectra. The same way the siren from a police car has a different pitch as it drives towards you, and then away from you, the light of a star moving to and away from an observer is shifted in wavelength. This is known as the radial velocity method.

Hidden within the spectra are absorption lines. Different elements that exist in the atmospheres of stars absorb certain wavelengths of light. For a stationary star, these absorption lines would always be measured at the same wavelength. But if a planet is added into the mix, the Doppler effect would come into play. Because when a star has one or more planets, the centre of gravity of the entire system shifts away from the centre of the star and causes it to wobble. You cannot actually see this wobble, but you can measure its effect by measuring the wavelengths of emission lines over time. Not only can you see that there is a planet there, but you can also measure approximate masses of the planets and orbital periods.

This is similar to the method Wolszczan and Frail used to discover the planets of PSR B1257+12, but instead of detecting changes in the timing of the emissions, the radial velocity method detects changes in the wavelengths of emission lines. And the majority of stars we see in the sky have these emission lines.

51 Peg b was a first in more ways than one. The planet has roughly half the mass of Jupiter, but orbits its star in only 4.23 days. Jupiter takes 12 years to orbit the Sun! 51 Peg b instantly turned all theories of planet formation and evolution on their heads — no one at the time had a way to account for a planet like that. Planets such as 51 Peg b have since been called ‘hot Jupiters’. And for the next five years, more exoplanets were steadily found using this method. But then a new discovery blew everything out of the water.

In 2000, two different research teams in the USA detected the first ever transit of a planet outside of the solar system. For millennia, humans have seen transits, as Mercury and Venus periodically cross the face of the Sun (the last one was of Mercury in November 2019). But to detect the same thing happening around a distant star had never been achieved until 2000.

The two research teams, led by David Charbonneau and Gregory Henry respectively, observed the star HD 209458 (as well as other stars) continuously for entire nights. But since the stars, and any potential planets, were so far away, they had to detect a transit without ‘seeing’ it. By tracking the overall brightness of the star over time, when a planet crosses in front of its star, the overall brightness of the star decreases a tiny amount. What both teams saw for HD 209458 were 1.5% dips in brightness that lasted for almost three hours. Using these transits, they calculated that the radius of HD 209458 b had to be roughly 40% bigger than Jupiter, but orbited its star in 3.5 days… another hot Jupiter!

The transit method has produced the highest number of exoplanet discoveries. Of the 4000+ exoplanets currently known, over 3000 were found using the transit method. This is because astronomers have spent a lot of time developing telescopes and analysis methods to find them. Unlike the radial velocity method, where only one star can be studied at a time, the transit method can be used for observing multiple stars in one go. Dedicated telescopes like WASP (Wide Angle Search for Planets) were the first to be used for surveying large areas of sky for transits. Later, space-based missions did the same thing but without being restricted by day-night cycles, meaning they could observe for longer.

The most famous of these was the Kepler mission which observed the same region of sky for almost 4 years. By doing it for so long, planets with really long orbital periods could be observed. The Kepler telescope then had a follow-up mission where it observed new regions of the sky for shorter periods. The newest addition to the exoplanet space race is the satellite TESS from NASA, which has observed nearly the entire sky during its primary mission, and will revisit different regions again during later missions.

Even with great planet-finding methods, there are always downsides. The radial velocity method and transits suffer from the risk of detecting false positives, where we think we see the signal of a planet, but it turns out not to be. The best way to find out whether your planet is real is to try and find it using multiple methods. Nearly all of the planets ever found from transits have also been observed with the radial velocity method. But as well as ruling out false positives, combining these two methods has some cool benefits, too!

With the radial velocity method, an approximate mass of a planet can be measured. And from transits, the planet’s radius can be measured. When combined we can calculate its density, which in turn can tell us more about what kind of planet we have. Denser planets will have rockier cores, like Mercury or Venus, whilst the less-dense planets will be puffier, gaseous planets; for example, Jupiter or Saturn.

Since the beginning, transits are not only used to find exoplanets. Transmission spectroscopy combines the normal transit method with spectra, which are normally used for the radial velocity method.

Observing a planet as it transits a star, the brightness will dip, and the size of the dip directly depends on the size of the planet’s radius. But if you observe in different wavelengths of light, the transit dip changes size. This is because the atmosphere of the planet will absorb different wavelengths of light differently depending on its composition. By observing a transit in multiple wavelengths you can learn a lot about the planet’s atmosphere like chemical composition and structure.

The radial velocity method and transit method are the workhorses of exoplanet hunters, but there are a handful of additional ways to try and find exoplanets.

Astrometry is another method which depends on the wobble effect that a planet orbiting a star causes. But, this one is observed over a much longer period of time. Stars are constantly moving with respect to one another, and their movement across the sky can be traced over time. Normally, a lone star would travel in a straight line, but if there is a planet present then it will cause the path to be more like a corkscrew; as the star-planet system co-orbit around the centre of mass. This is a slow method that relies on very high precision mapping of the sky — so far we only have one planet found this way. However, the Gaia mission will accurately measure stellar positions over the course of several years — we can expect many new exoplanet discoveries in the not too distant future!

There are over 80 exoplanets discovered this way, but we do not know much about them. It is possible to estimate the mass of the planet and size of the orbit, but because the microlensing events only happen once, they can be difficult to re-confirm.

Everything up until now has been relying on seeing the effect of a planet on a star and measuring it. But there is one method which simply looks for the planet itself, called Direct Imaging. By using some of the largest telescopes astronomers have, you can actually photograph some exoplanets. This does rely on the planet meeting very specific requirements: (1) the planet needs to be very large; (2) must be very young; and (3) be far away from the host star. The star gets covered so that the telescope can only see the immediate space around it. If the planet is large, young and far away enough it will hopefully be bright enough to see. By taking several images over many months or years, the orbit can be traced. In the 28-year history of exoplanets, we have discovered almost 50 exoplanets this way.

So with over 4000 exoplanets discovered, you might think it is not hard to find them. But for every exoplanet found, we are almost certainly missing many others. This means we have a very blinkered view, and therefore a biased understanding, of planets. With new advancements in technology, we should be able to find the exoplanets we are missing and to learn much more about them.

And maybe, one day, you might be that explorer walking across the surface of a faraway planet.