Fundamental flaws with lightsabers ... from a plasma physics perspective

With the latest film in the Star Wars saga ‘The Last Jedi’ hitting cinemas, it’s got me thinking about lightsabers – the iconic weapon of Jedi and Sith alike.

Despite their name, these glowing blades aren’t (and can’t be) made of light but instead consist of plasma, as confirmed in the canon according to Wookiepedia.

Plasma is often known as the 'fourth state of matter' in addition to the solids, liquid and gases that we’re all familiar with here on Earth. However, plasmas are by far the most common state of all visible matter in the universe (excluding the mysterious 'dark matter' or 'dark energy') comprising some 99%.

The thing that makes plasmas different from the other states is that they are composed of electrically charged particles – loose electrons (negatively charged) and atoms that have lost electrons (positively charged), despite having no overall charge. Any moving electric charge, such as those inside a plasma, creates magnetic fields and can also be manipulated using magnetic or electric fields – unlike a neutral gas. 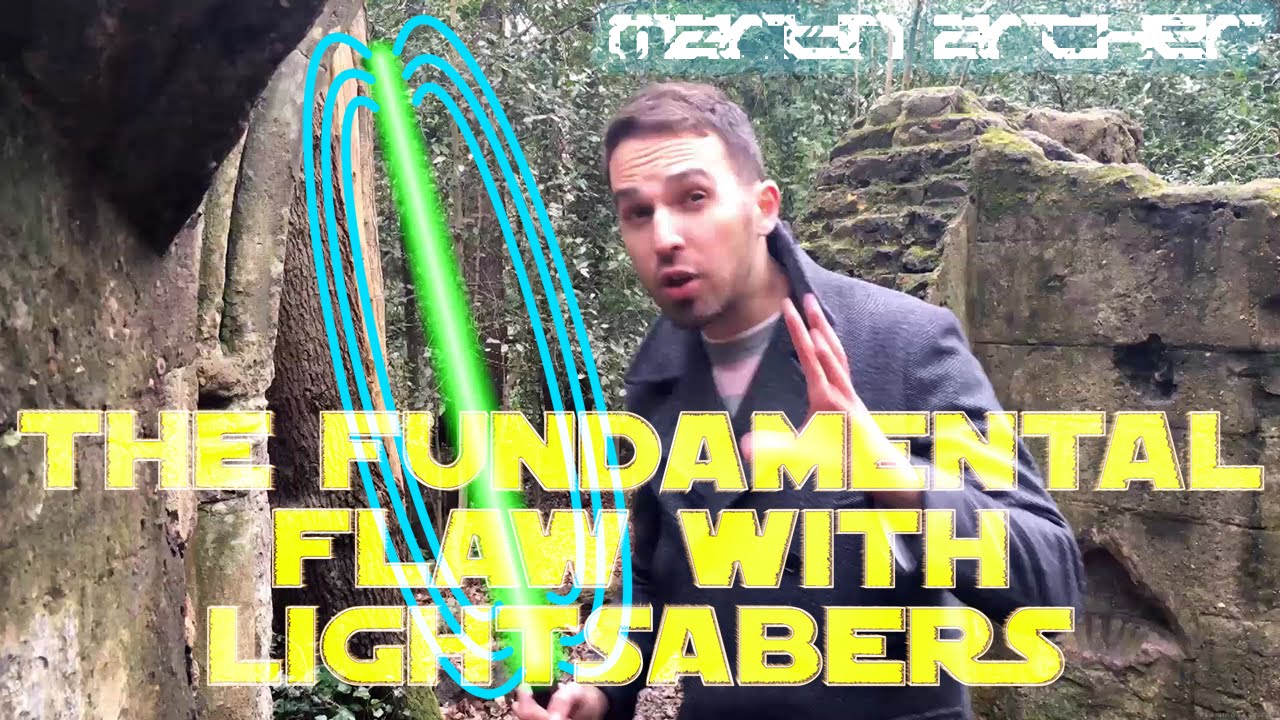 Magnetic fields are the key to containing the plasma in a blade, they can counteract the pressure of the hot plasma trying to expand into its surroundings. This is exactly one of the approaches that have been developed in trying to harness nuclear fusion power, in which atomic nuclei collide to form a new nucleus while releasing huge amounts of energy.

Fusion requires incredible temperatures so that the positively charged atomic nucleii can overcome their tendency to repel each other. We create these hot plasmas in doughnut-shaped reactors ('tokamaks') which use strong electromagnets in the reactor walls to keep this plasma at bay.

The sun is a ball of hot plasma whose heat source comes from the fusion taking place in its core. All hot objects emit electromagnetic radiation with a specific range of wavelengths. Their perceived colour depends solely on their temperature, going from red for lower temperatures and blue for higher temperatures. This is likely the source of a lightsaber’s glow – if you want a really dangerous lightsaber, you need a blue one.

So while lightsabers do seem feasible from a physics point of view, the power requirements for such a device would be immense, especially given that it needs to be contained within the small lightsaber hilt.

Huge advances in technology would be required to make lightsabers a reality. But there’s an even bigger problem which would come about if you were to ever have a lightsaber duel like in the movies.

Magnetic reconnection is a fundamental plasma physics process which can occur when plasmas with different magnetic fields collide. As the magnetic fields of each plasma get close to each other, the entire pattern of magnetic field lines changes and everything realigns into a new magnetic configuration – releasing huge amounts of energy. This is what essentially fuels the aurora or northern lights – energy from the solar wind is released when these particles collide with plasma inside Earth’s magnetic field under a specific set of conditions.

From our studies of the conditions under which reconnection can occur in space, I realised the problem with lightsaber battles. When two plasma blades clash it is almost impossible to avoid magnetic reconnection, with the results being an explosive release of the plasma contained in both sabers. This would mean that, if you were in a lightsaber duel, both you and your opponent would have body parts vaporised in a single clash!

But how would a lightsaber fair against another form of attack, lightning? The prequels showed us that lightsabers seem to attract and absorb or block force lightning attacks, but would the same happen for any lightsaber that obeys the laws of physics?

While it turns out that lightning involves incredibly complex processes that we still don’t fully understand yet, there is general agreement on the basics. The conditions in storm clouds can lead to build-up static electric charges within the clouds and therefore electric fields between the clouds and the ground. When these electric fields get large enough, they can ionise the air forming channels of plasma which, when they connect to the ground, allow the electricity to rapidly discharge heating the air and causing it glow blue-white.

These currents can flow because plasmas are great conductors of electricity, with many laboratory plasmas being comparable to most metals. But this introduces another problem for a lightsaber. The plasma blade would essentially provide a low resistance path for currents to flow to the ground, just like a lightning rod. Of course lightsabers are only connected to the ground through your fairly conductive body, meaning by wielding one you're far more likely to be struck.

So while an incredibly cool concept which is possible at least in principle, lightsabers would be far more dangerous than you possibly imagined.