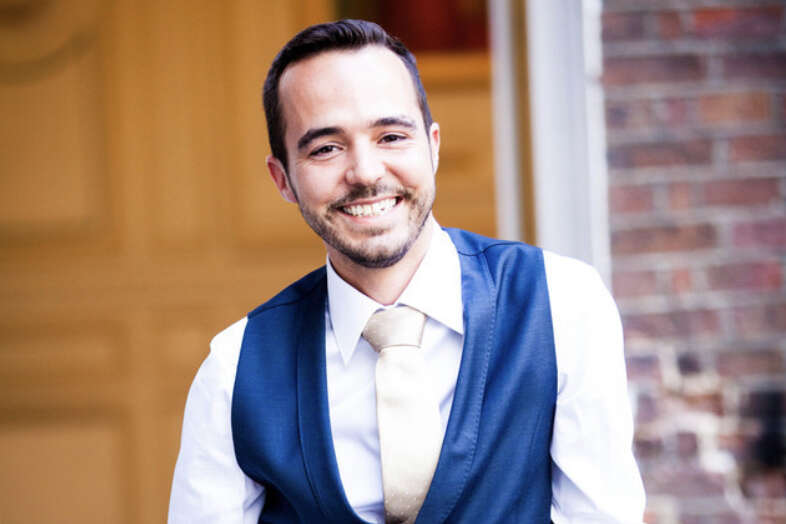 “If someone asks a question, a lot of people will give their gut impression of things whereas I go straight to the data.”

What does your job as a Scrum Master involve?
The key thing to point out is that I’m not a manager of teams – I’m not anyone’s boss. I’m there to essentially help teams work as effectively as they can. So that means facilitating sessions that they might have, helping them adopt new approaches or new ways of working, and trying to influence the behaviours that they demonstrate. The role is really about helping teams that predominantly work in delivering financial software do that better.

How did you get to where you are today?
When I finished my degree, I didn’t really know what I wanted to do as a career so I decided to do some temping in data analysis. That temp work led to a permanent position at Experian in more of a consumer-facing role; so, client feedback and advice to people. From there, I moved from Nottingham to London, and because I was pretty tech savvy, I got involved in operations at a non-profit where they were having some software delivered by a third party. Within a matter of a year or so that led to becoming a business analyst.

For 8-10 years, I carried on in business analysis at various companies ­until an opportunity came up which involved spinning up a new software development team working in Hong Kong. When I did that, I effectively started being a de facto Scrum Master. This got me very interested in people, and roles where problem solving is shifted from technical problems onto psychology and those kind of things. So I took a role as a Scrum Master at financial services company Hargreaves Lansdown, which is where I am now.

What do you enjoy most about your work?
My favourite element is experimentation. The idea with Scrum is that it’s an empirical process – you inspect, you adapt, and you’re quite transparent with what you’re doing. That means trying things, and then assessing whether or not they have worked, which then influences what you do next. People might be doing something in another field – maybe not even related to software development – and you can take those ideas and see if you can apply them in what you’re working on. If it works, great. If not, no problem: you have the freedom to try something else.

How does your physics background help in your role?
Because I have a background in physics I tend to be quite focused on data. So if someone asks a question, a lot of people will give their gut impression of things whereas I go straight to the data. I also use it in how I approach helping teams deal with various impediments or blockers. In the same way I would approach a mathematical or scientific problem, I think: “Okay, what are the variables? What do I need to control? What are the tolerances?” That helps me, but that’s not to say that everyone doing this role is of that mould – it just means that I bring something different to the table.

Do you have any advice for a young person considering the finance industry as a career option?
I would say that physics is a really good option if you aren’t sure what you want to do, but you want to make sure that you’ve got something good under your belt to actually then build on. Even then, if you choose to specialise in something later, it will only help because of how you learn to approach things, and solve complex problems. That’s quite a big focus in most workplaces nowadays, and obviously there are lots of different areas that you can use that in the finance industry.