Out of this world: Education, Outreach and Diversity Officer

Sheila’s love of space and astronomy is inspiring young people from all backgrounds to reach for the stars. 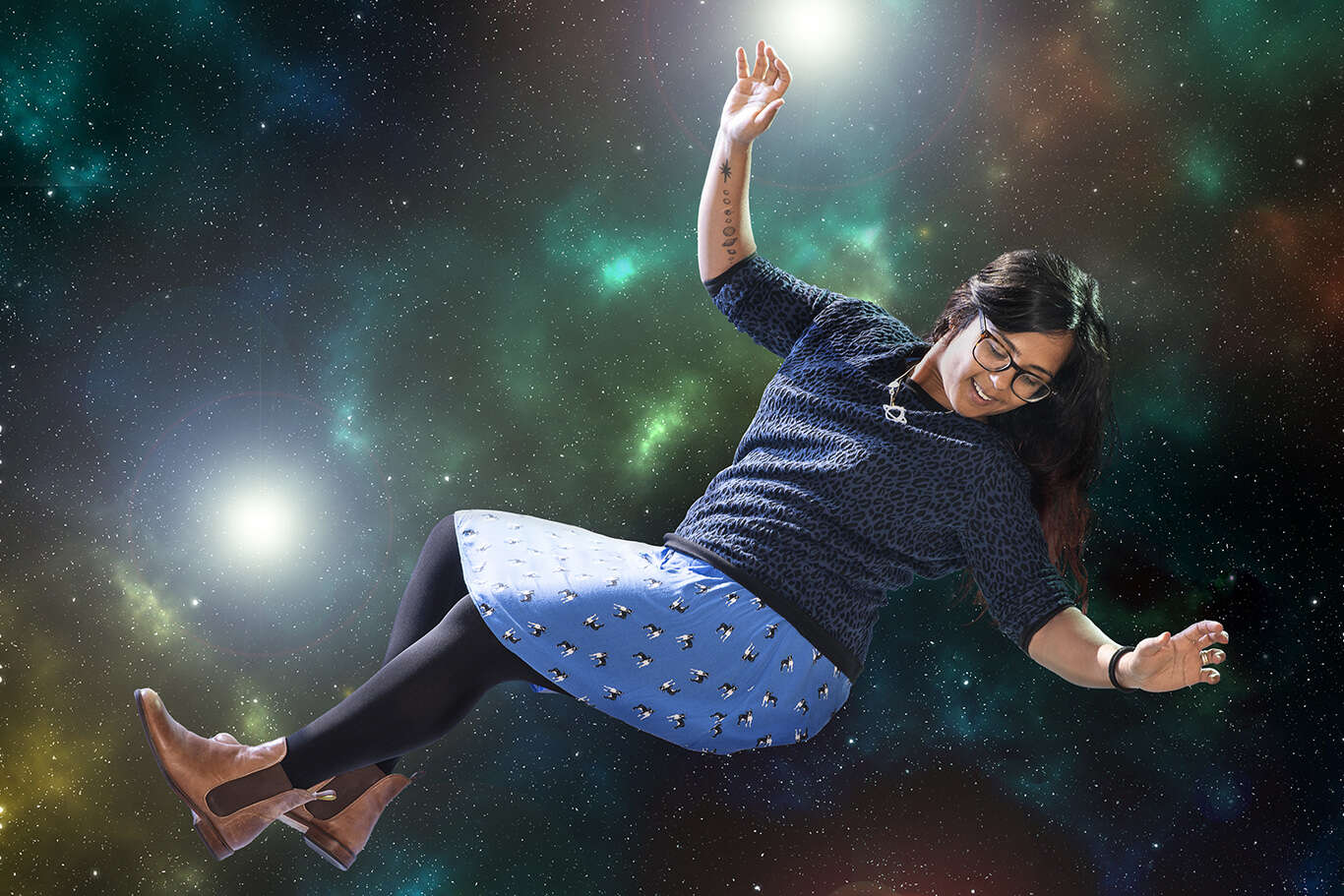 “Fifty years ago astrobiology as a subject didn’t exist, but now it’s a career path that you can take.”

What areas of astronomy excite you most?
When I was really young, I just loved space; the idea it was infinite and you could look up and have a look at stars and kind of time travel. But my interest has evolved into planetary science and the Solar System because it’s a lot more tangible than cosmology and black holes and the Big Bang theory, and all of that kind of stuff.

How did you get to where you are today?
I wanted to be an astronaut when I was 13 years old. I didn’t know what a PhD was, but I’d read that Helen Sharman and Michael Foale – who were both astronauts – had them. So I followed that path in the hope of ending up in the space industry.

Then, during and after my PhD, I realised that I enjoyed research but I also enjoyed talking and teaching people about space. After a year of on-the-job teacher training and then a year in a Newly Qualified Teacher (NQT) programme, I was officially a teacher. When I then applied for the Royal Astronomical Society’s new Education, Outreach and Diversity Officer role, having a background in both astrophysics research and teaching was a really big advantage. 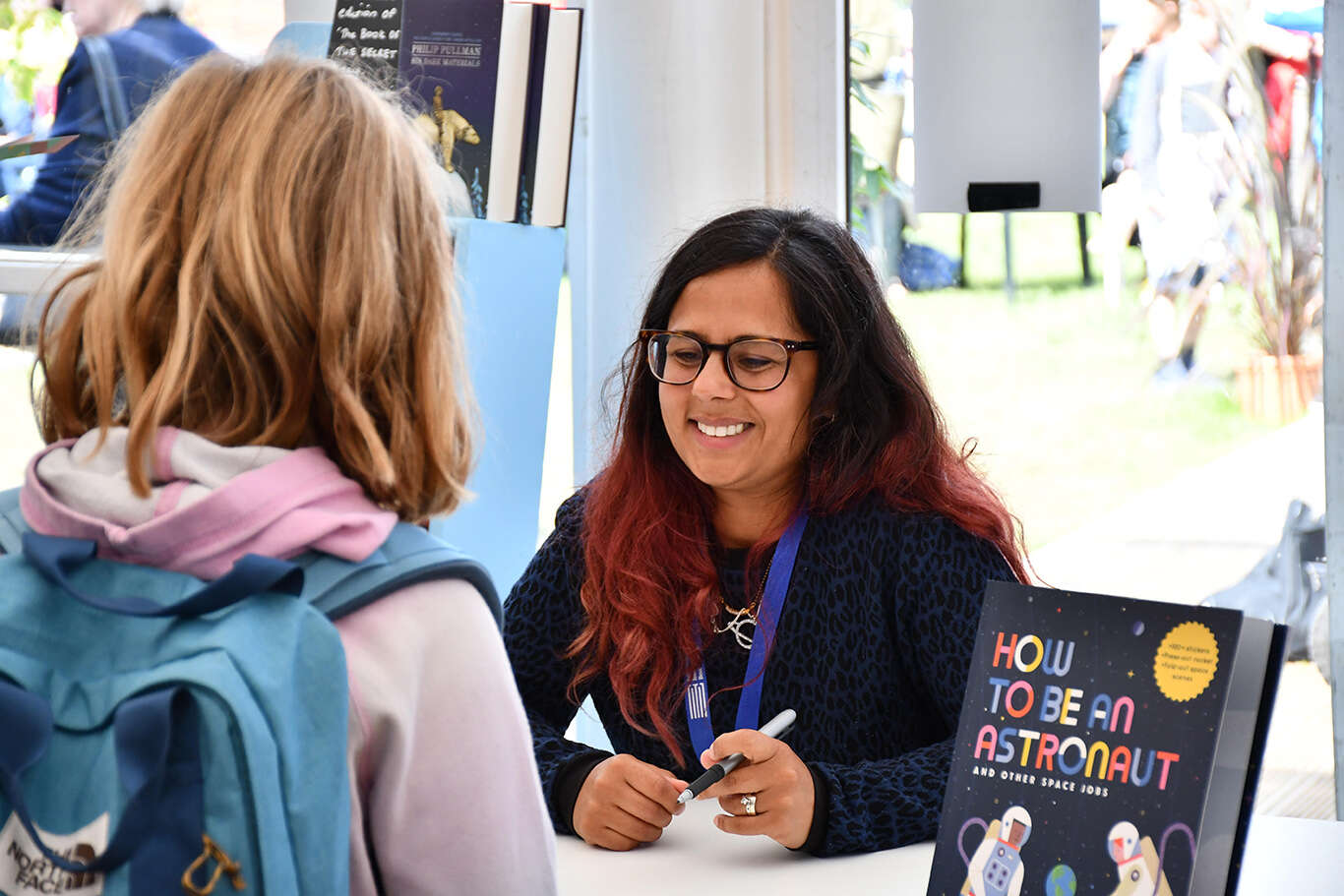 What does your job involve?
I’m quite lucky because I have three strands to my job: education, outreach and diversity. In terms of education, it involves going into primary and secondary schools to run workshops, assemblies or STEM inspiration days, where I teach different aspects of the curriculum. I teach an afterschool class in GCSE astronomy.

Outreach tends to be more public engagement through informal education, like speaking at public lectures, science festivals and music festivals. The diversity side is trying to get astronomy and related sciences to be as diverse as possible. A lot of this involves conducting surveys and collecting diversity data. But we do fun stuff as well. We ran a Hidden Figures film event recently, where we invited local schools to come to the event and meet Black, Asian and Minority Ethnic (BAME) scientists.

What do you enjoy most about your work?
The thing I enjoy most is the people that I meet and network with. Last year, I did a couple of sessions in a dementia café for the Alzheimer’s Society. I started by talking about the Apollo missions. One of the gentlemen that I spoke to was in his 80s. He couldn’t remember what day it was or his wife’s name, but could remember working in the space industry in the UK during that era. I think that is really cool. Space is really unifying because it relates to everybody.

Why should young people consider a career in astronomy?
In the last few generations our knowledge of space has exploded. For example, 50 years ago astrobiology as a subject didn’t exist, but now it’s a career path that you can take. So in the next 50 years or so, we really don’t know what we could expect to achieve or discover. There is so much still to learn about Earth and our own Solar System, let alone our own galaxy or further out into the universe.