Eve is off to study Physics and Philosophy at Bristol in September, following a year out after her A-levels at Dunraven School. Her mum Sian was anxious when Eve first decided to focus on physics and maths after her GCSEs. How do you support your child if you don’t understand what they’re studying? Here Eve and Sian talk about their experience of physics A-level. 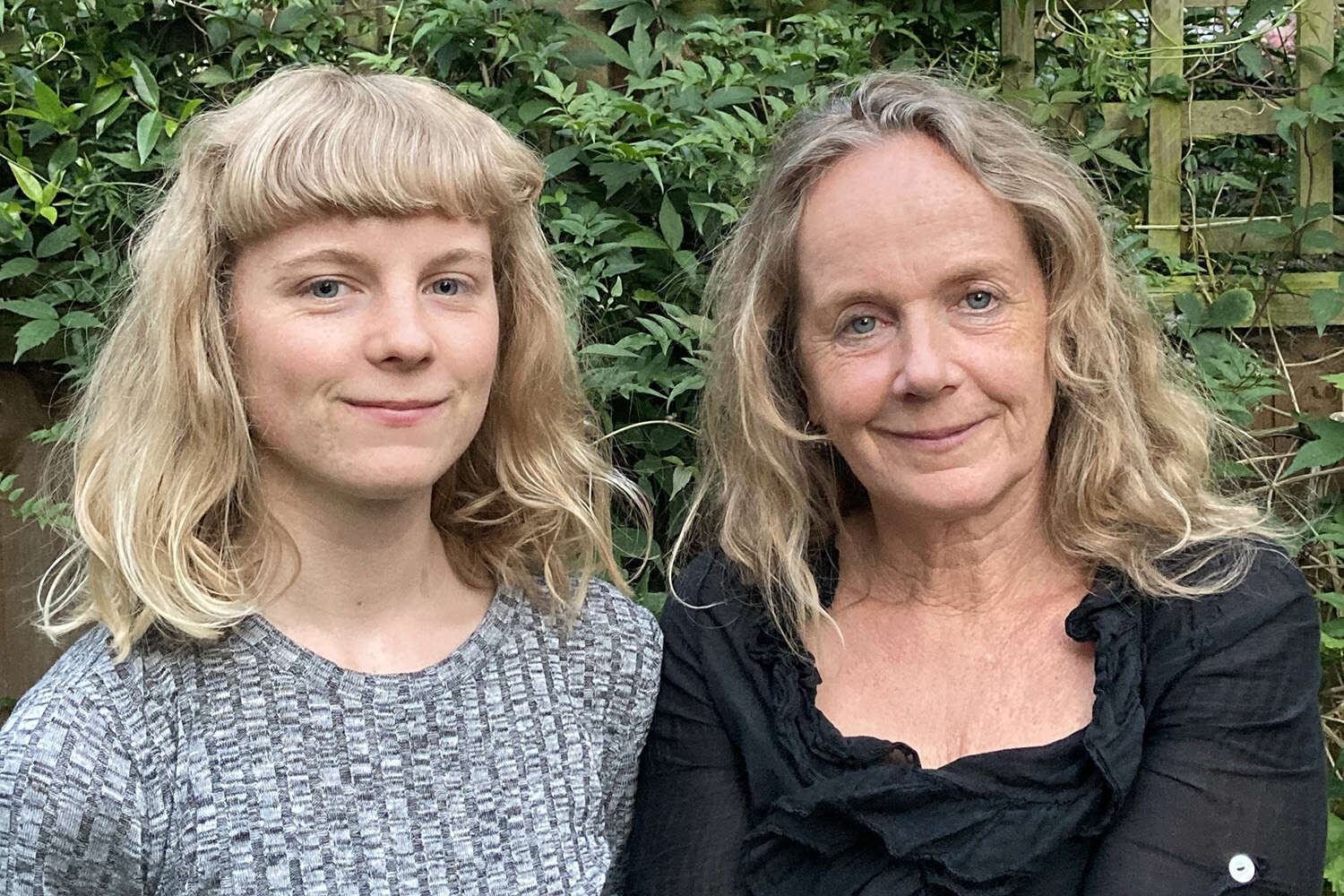 “In some ways it’s reassuring when your child follows a different path, it shows we’re not completely responsible for who they are.”

SIAN: At school my strongest subjects were history and English. I loved reading but I wasn’t particularly academic. I did get a few O-levels, but I failed my A-levels and I just wasn’t interested in school. I wasn’t thinking about university at that point, I just wanted to leave.

Later, I did study. I went to Middlesex Poly in my late 20s to study psychology and philosophy, but the last time I had anything to do with physics was my O-level, which I failed!

I could see early on that Eve was going to take a different path from me. She was very talented at maths and always interested in how things worked. In some ways it’s reassuring when your child follows a different path, it shows we’re not completely responsible for who they are. Eve has developed into her own person despite everything I’ve done! But the other side of that is that I felt a bit out of my depth, and worried that I couldn’t provide her with the support she might need. Luckily, she’s quite an independent person.

EVE: In primary school I was already aware of what I did and didn’t enjoy, but I actually think it was the other way around at that point, I think I would have said that I enjoyed writing and reading rather than maths and science. But I think that’s just the nature of what you learn at that point.

I can remember hating physics as late as Year 9. It just seemed boring and useless. But it was during GCSEs, when you really start getting to grips with some of the concepts, that I started to realise it was actually interesting – and that I was quite good at it. It was when we started going into particles and quantum that I found it really stimulating.

I saw that I was one of the few people in my class, and among my peers, who actually had any interest in physics, and that suggested to me that it was something I should pursue beyond GCSE. I liked maths and science, and of the sciences physics was the most mathsy.

SIAN: When Eve chose her A-levels [physics, maths and further maths] that was really hard. At that point you’re dropping so many subjects and I knew she was really good at other things, like French and history. When you go to the evenings where you talk to the teachers and they make the case for their subject, I couldn’t help but steer her towards subjects that felt more familiar to me. I thought, just chuck something artsy in there as well! But no – she knew her own mind.

I found it hard to even know what questions to ask a physics teacher. I think I asked one teacher what do you do [career-wise] with physics? I had no idea. The other thing that was in my mind was that she was putting herself into a very male-dominated world.

"Grasping the concepts is hard at first, but once you’ve got the basics I found that everything else just follows, and that was really satisfying."

EVE: I was very aware that I was limiting myself to one path by choosing my A-levels. And I knew it was a male-dominated area, but I thought that wasn’t a reason not to do it. Even at school it was male-heavy. In my further maths class there were 10 people and two were girls. In physics, at the start it was pretty even but after the first year a lot of girls dropped out and then it was just me and the other girl that was doing further maths.

It did feel weird – once you were aware of it you couldn’t stop realising it – but the teachers were very aware of it, and were supportive. In the end it wasn’t really a problem.

It was quite a jump from GCSE, and I think everyone found that quite difficult, but because I was so interested I did a lot of reading around it, and that made everything a lot easier. Grasping the concepts is hard at first, but once you’ve got the basics I found that everything else just follows, and that was really satisfying.

What helped was using the internet. There’s so much information available, videos with people explaining things, that when I got stuck there was always an answer out there.

SIAN: By that point I couldn’t do anything to help directly, not in terms of the schoolwork. But what I would do is if I read a review of a physics book, if I came across a relevant interview or an essay, I’d give to her. And we talked about what she was learning. I think you can be supportive without actually having any knowledge of the subject.

What I’d say to a parent in the same situation that I was in is to trust that it’s going to be ok – the fact that they’re interested and good at the subject is going to carry them through. And for parents of girls who are interested in physics, I think it’s important that we change things.

I was really pleased when she was offered a place at Bristol to do physics and philosophy. The funny thing is, I was actually worried that she’d chosen to include philosophy, in case it was because of me. But she’s such an independent person, and I don’t think she would do something like that just for me. The fact is we do share lots of interests.

EVE: I think from the point I’d chosen my A-levels I already thought I’d probably want to do physics at university. I did consider maths, but I found the way that physics applies to the real world a lot more attractive.

What I want to do after university still changes quite a lot. At first I thought that research might be interesting as I like studying. But then I started to think maybe something involving environmental science, perhaps helping to create new technologies to take carbon out of the atmosphere, or increasing the efficiency of solar power, would be good. I’ve become very interested in climate change and activism and I’ve realised that doing physics is a way that I could help in the long term.

To anyone considering physics A-level, I’d say that as long as it interests you, that’s reason enough to do it, and if you find it interesting and stimulating then you won’t struggle. People often dismiss physics, thinking it’s all maths, but if you dig a little deeper there’s so much more to it.