Astronomer Jessica combs the depths of the universe to help us better understand stellar evolution. Having struggled at school due to her then-undiagnosed autism, she’s now about to embark on a PhD at the University of Edinburgh.

We’re entering a new era of astronomy with the launch of state-of-the-art telescopes, such as Euclid and the James Webb Space Telescope (JWST). These will enable us to observe and explore areas of the universe we previously could only have imagined. 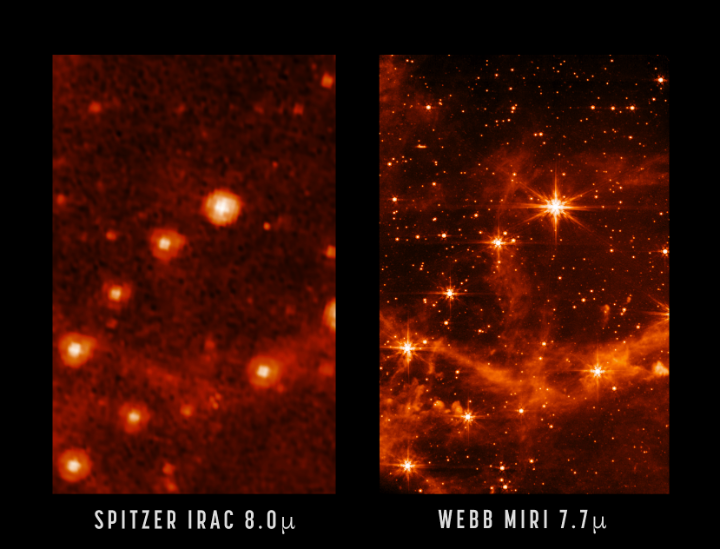 The improved resolution of JWST is truly astonishing. The Spitzer Space Telescope and JWST were launched only 18.5 years apart, but the difference is like comparing a 1970s arcade game to The Witcher 3.

This means that we’ll be able to observe individual, resolved stars in stellar clusters that were previously only observed as one large blob, or not detected at all. For my PhD project, this is particularly important as we’ll be using stars as tracers of stellar evolution, and we need to be able to detect a particular type of star out to further distances than we have previously.

I have a very vague memory of my childhood and teenage years, so I unfortunately don’t have a gripping story about exactly what first enticed me to astronomy, but I think for me it has always been an escape from the world. The universe is so big that we become insignificant and I love how humbling that is. I also love that the quest for knowledge will never end. We’ve made a lot of progress towards understanding the universe, but we have so, so, so much further to go.

I am also autistic, so I love black and white thinking, and naturally felt more comfortable in subjects where I could logic my way to the answer and be confident that what I’d said was right. That’s not to say that all physics is black and white, there is certainly room for debate in research and the ethics of certain fields.

For a long time, I thought I would study economics at university because my best grades were always in that area. But the more I learnt about physics, the more I wanted to change course. I’m so glad I did! 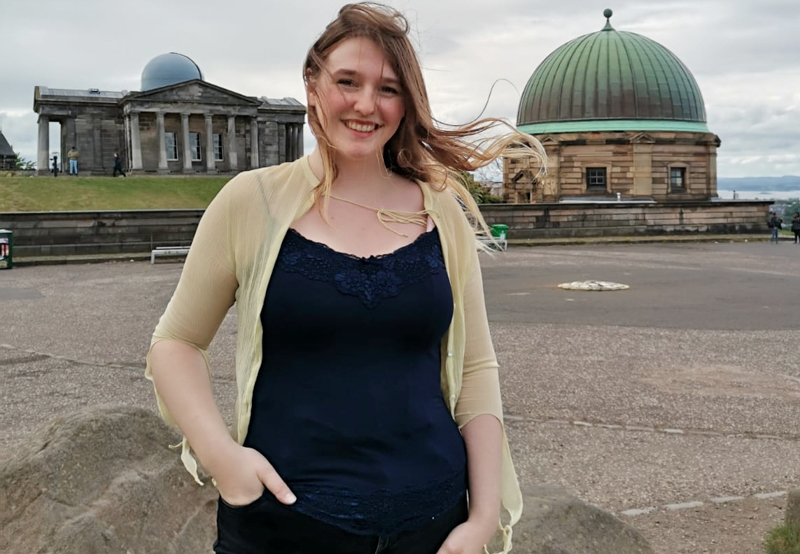 Winning the scholarship has felt very validating. I applied for various PhD positions in previous years but wasn’t successful. I thought I may never get to pursue my interest in astronomy, but this scholarship not only made that happen, it secured me a position at my dream university, Edinburgh, with two lovely and supportive supervisors.

I’d be lying if I said I wasn’t terrified about starting a PhD, but I’m terrified in a good way. Because I’ve faced many barriers to getting here, I know this is definitely what I want to do, and I can’t wait to give it my all.

Attending a co-educational state school, I was statistically among the least likely to progress to A-level physics.

I was initially held back from studying triple science at GCSE due to my average grades in previous years, despite me asking to be moved up. I was also explicitly told by my A-level teacher that I shouldn’t study physics at university as I would find it too hard.

Throughout my degree, I had many sensory, communication and memory challenges. For example, my delayed processing time in verbal communication meant my master’s viva went terribly, despite doing well in my research and final report. I’ve recently been diagnosed with autism, and suddenly my university experience has been reframed in a completely new perspective. I’m now able to accept my limitations and work to my strengths.

I was unsuccessful in previous PhD applications due to the bad grades I mentioned, which in hindsight was largely due to autism-related complications and mental health issues, such as agoraphobia. As autism is often missed in women until even later in life than 26, I feel privileged to have got my diagnosis through the Adult Autism Practice.

“You don’t need to be a genius to study physics, you just need to want to do it.”

I would say don’t compare yourself to others. Everyone has a different journey, different backgrounds and different strengths. Most people will only shout about their accomplishments online and very few will talk about getting onto a PhD course with a 2.1, 2.2, without a master’s degree or with a degree from a lower-ranking university. Those people do exist, and they are successfully completing their PhDs. You don’t need to be a genius to study physics, you just need to want to do it.

There’s also a stereotype around physicists, in that they are brilliant, quirky guys who love all things physics and don’t care for anything that isn’t physics. If you don’t fit into this stereotype that’s OK. You can love art and physics at the same time. If you don’t want to spend your evenings reading Albert Einstein quotes, then that’s OK too. If there’s one specific area of physics that draws you in and you aren’t too interested in the other areas, that’s perfectly normal as well.

Diversity has many benefits. For example, it can bring different perspectives, increase creativity and improve productivity. But, more importantly, I think it’s a case of fairness. Physics, and science in general, has been dominated by western countries for centuries. Many historical contributions from non-western countries have been ignored and overlooked. You only have to Google the history of gravity to find out that gravity was being described as an attractive force by Indian mathematician and astronomer Brahmagupta in 598 AD!

Greater diversity in physics would be a true representation of history and society.

Oh, apply! Start reaching out to potential supervisors and you’ll see that outside of the department selection procedures and busy open days, supervisors are very keen and eager to chat to you about their project. If you were applying for a PhD with STFC or EPSRC funding, a lot of the time the supervisors have no say over which students should be selected. With the Bell Burnell Graduate Scholarship Fund, you apply directly with your supervisor, so you’ll have plenty of opportunities to meet 1-1 and chat about the project before you even get to the selection and interview stage.

You can find a narrated PowerPoint exploring Jess’s PhD topic on her website.